The Ten Days of WriMo

by Paddy Hall 2 years ago in how to

Or: The Lead Up to National Novel Writing Month

(If you already know what NaNoWriMo is, and are just looking for the Ten Days of WriMo part of the article, you can skip this first bit.)

NaNoWriMo — or National Novel Writing Months — takes place every November and is a bloody pain. So far, however, that hasn't deterred me from doing it over and over again each year — because, no matter how much of my time it takes up, I always finish with a whole new world saved to my laptop.

If you didn't know, NaNoWriMo is an event in which people from Mississippi to Tunisia all get an idea that's been knocking around in their heads for a while typed up into a word document. In essence, you have to write 50,000 words before the end of November comes around. Think of it as like a marathon, but you're sitting down, typing, and downing coffee by the gallon instead of running and burning calories. There's even Write-Ins, which are little gatherings of people all writing together, in case you're feeling social.

That's quite a lot of words, isn't it?

It sounds like a lot, and if I'm being honest, it's definitely not a small amount. It totals at around 1,700 words per day, which is a hefty hour of writing at least, but it can be done, and when you do finish, it's honestly such a great feeling.

Not just that, but you're also rewarded with loads of perks, including money off some novel writing software (Scrivener, Ulysses, etc.) to help with the editing process afterwards (because it doesn't just stop there), free trials for writing tools, and some publishing help.

That's actually fairly cool, how do I sign up for this?

Just go here, it's all pretty straightforward from there. 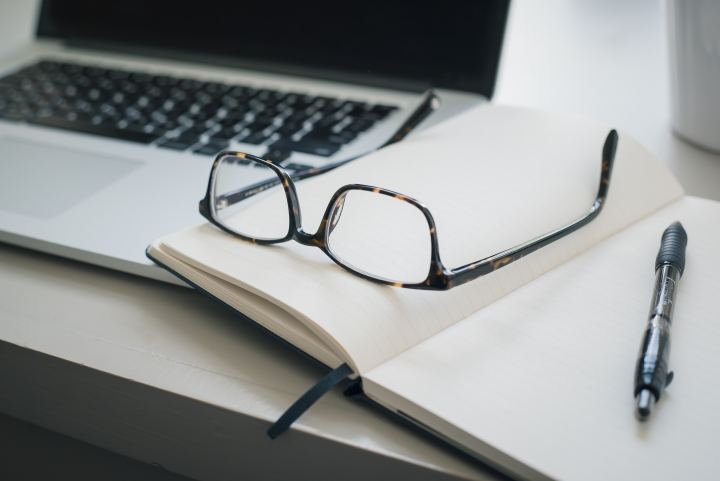 Photo by Trent Erwin on Unsplash

The 10 Days of WriMo

As I'm writing this, it's the 10th of October, which means that there's still 21 days to go until I'm plunged into the hair-pulling chaos that is NaNoWriMo. If I'm being honest, my "tactic," if you can even call it that, is to go in with a basic idea and just kind of see what happens, and while that doesn't take any planning, it also results in my stories being somewhat messy. Which is why this year, I've decided to form a day-by-day, step-by-step guide; a "PreNaNoWriMo Workshop," if you will, to try and help me develop and plan out my, and hopefully your, idea in at least some detail. So if you're the kind of person who jumps in head-first without thinking twice, and want to try and change it up this year, then maybe you should give it a go too! The plan lasts ten days, starting on the 18th, and ending on the 27th. Hopefully, each task shouldn't take you more than 20–30 minutes, but it'll vary depending on your speed.

For day one, it's all quite simple. Just gather your thoughts and write a three or four sentence synopsis of your story. You don't need to go into much detail (although feel free to) — nothing more than the sort of thing you'd find in the blurb of a book.

I can take a safe guess and say your story will probably have characters in it. It'll be quite helpful to have a clear picture of your character, as the more intimate you can be with them, the easier it'll be to put their words onto paper. Plan them however you want, you can draw some images and make it all pretty, or you can just scribble it down on a notebook somewhere. If you are struggling to get it down, I've gathered a few resources which might help.

101 Questions To Answer About Your Character

How To Create a Character Profile

It is incredibly unlikely that someone's planning to write a story with only one character, and it's important that your protagonist isn't the only character with any depth. You don't have to go into quite as much detail on these ones as you did for your protagonists, but flesh out as many secondary characters as you feel is necessary. I'd recommend using the "Character Creating Worksheet" resource for each character, but feel free to do more (or less) if that's what you want.

Now that we've fleshed out your characters, it's time to do the same with your story. Make a short list of the plot points in your story, I'd suggest about 12 (although it may be more or less, depending on what you're writing). You can do as much or as little detail as you feel is necessary, but make sure it's enough for you to develop later on.

You've now, hopefully, got a bit more of an idea of your story and what you want from it, so now it's time to go back to our work from day one and do a rewrite. This time, make a chunky paragraph, or even more if you can manage it. We're looking at a plot summary now, get it all smooth and easy for you to understand. You want it so that you could show this to anyone and they'd understand your plot.

Now it's time to get things really going. For your sixth day you're going to put together a chapter plan for your story, these can range in detail throughout. For example, last year I had chapter plans that ranged from:

"Parker contacts Veri, she responds and they meet up for coffee. Parker tells her what happened with Liam and she explains what happened to her. They discuss the open eye while sleeping thing. They head to Parker’s office and look around, noticing that if they don’t look directly at the bin thing — then they can see the rip. They push their hands through it to grab at a glowing orb and it rushes out — along with many others. They essentially swarm Veri and Parker — however after a few moment’s they fly back into hole and Veri and Parker collapse."

"Audrey has her little dilemma (and dies)."

Get a quarter of your plot points done today, and take a rest, we're getting much closer to the final date.

Do the next quarter of your plot points.

(Do another quarter) and now you're done with your chapter plan!

Now that all that stuff is out of the way, time to do the one bit that I always seem to find far too difficult for a job so simple, naming your book. Obviously this isn't a necessity, and a lot of people prefer to wait until they've finished writing it to give it a name, so feel free to give this one a miss, but I prefer to at least have one to work with. I've attached a worksheet that might help you if you're struggling (like I am with mine at the moment).

You've still got five days until the month begins, so my only advice is to rest yourself as much as you can, and read! Read as much as you can in these last few days, because it can really help your "creative juices flow," so to speak.

how to
Paddy Hall
Read next: Why Denny's Is the Perfect Starter Job for a Cook
Paddy Hall

I live in Brighton in the UK, and am currently studying Psychology, Drama, Maths and Creative Media in college.

See all posts by Paddy Hall →