by Charles Leon 26 days ago in workflow

& the 22 Rules of Storytelling

I recently went to a Guardian Masterclass here in London given by Rod Judkins, a lecturer at St Martins School of Art who has written several books on the creative process including The art of Creative thinking and Change your mind (great books by the way). 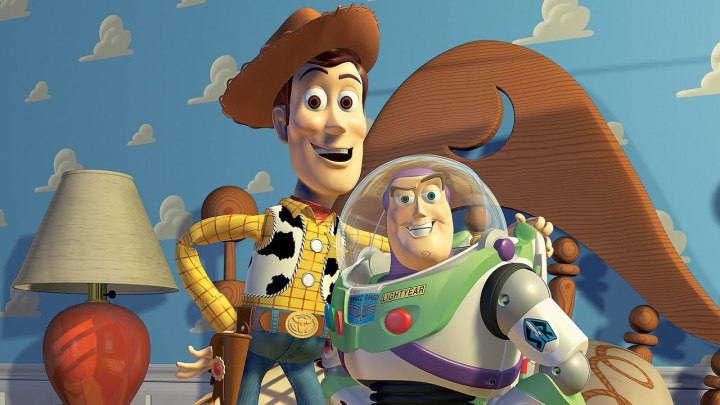 In the second half of the day, he introduced us to something called “The Pixar Pitch”, a method of telling, or selling, any story that is concise, clear and incredibly simple.

It seems that Pixar, one of the most successful movie companies in the world, has distilled the formula for pitching almost anything. The surprising thing is how simple and pared-down it is.

Pixar has produced 13 feature films so far and has grossed $7.6 Billion. Six of these movies have won the Academy Award for best-animated film. The company has amassed 26 Oscars. So, it seems that getting the story right pays back huge dividends.

As an aside, when Steve Jobs was fired from Apple in 1985, he founded Pixar. Before leaving Apple, Jobs had taken out a nine-page advert in the New York Times for the computer Lisa, spelling out all its technical data. The computer bombed. Yet, when Jobs returned after his time at Pixar, apple became customer-centric and told clear, compelling stories. From nine pages down to just two words, “Think Different”. They focused on the customer as the hero and tapped into their stories. 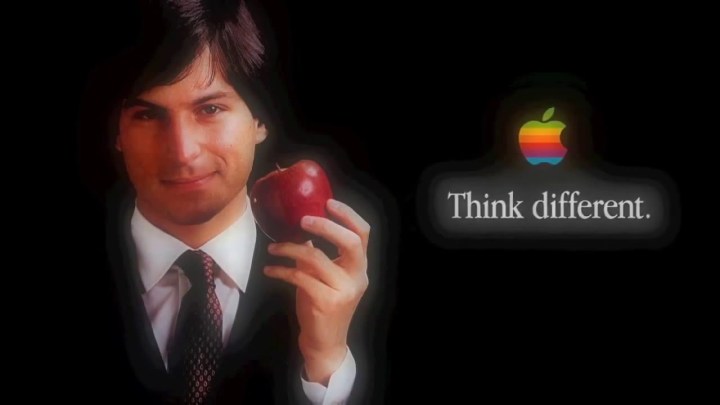 This fits very comfortably with my previous blog about Donald Miller's book “Story Brand”. Likewise, he uses a very simple story formula and applies it to building a business.

I’m a big fan of the power and necessity of stories in almost all communication. There may be some cultures that never invented the wheel, but there are none that haven’t used stories to communicate.

One of my all-time favorite authors, Antoine De Saint-Exupery, writes;

I think what impresses me the most is the simplicity of the formula and its ability to be applied to any writing and any presentation. 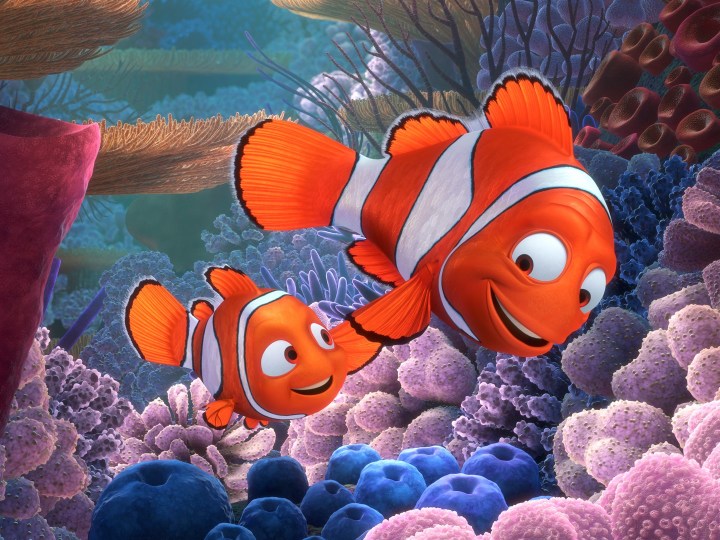 HERE’S THE EXAMPLE FROM FINDING NEMO:

1. Once upon a time, there was a widowed fish, named Marlin, who was extremely protective of his only son, Nemo.

2. Every day Marlin warned Nemo of the ocean’s dangers and implored him not to swim far away.

3. One day in an act of defiance, Nemo ignores his father’s warnings and swims into the open water.

4. Because of that he is captured by a diver and ends up in the fish tank of a dentist in Sydney.

5. Because of that Marlin sets off on a journey to recover Nemo, enlisting the help of other sea creatures along the way.

6. Until finally Marlin and Nemo find each other, reunite and learn that love depends on trust.

SO, TO PUT THIS INTO A MORE RELEVANT CONTEXT;

1. Once upon a time, there was … an education crisis haunting our schools and communities with the removal of humanities and arts subjects from the curriculum.

2. Every day … large percentages of our children were not achieving proficiency in thinking and problem-solving skills to the point that some in our community even doubted whether they ever could or should.

3. One day … we implemented a simple and broad view of the value of the arts and humanities and what children had to know to be ready for the world after school.

4. Because of that … our children and their parents became better at learning broader and creative problem-solving skills.

5. Because of that … young adults were able to make a valid contribution to all modes of life and able to approach all problems with an open mindset.

6. Until finally … every child, irrespective of ethnic or economic circumstance, became a proficient, creative thinker and the economy benefited.

Whilst I know that my story here is a little forced, I think you get the point. This is applicable to any situation where simplicity and clarity are required to get an idea across.

Apparently, the former editor at Pixar, Emma Coats, says that in order to move or pitch to others, we need to become much better at clearly stating what it is we want and where it is that we want people to go. In other words, to get people to take the action or to behave as we want, our message (story) has to be clear.

Some years ago she published “The 22-Rules of Storytelling”. This is not just for writers, but also for anyone needing to clarify their story.

So, here they are:

“THE 22-RULES OF STORYTELLING”

#1: YOU ADMIRE A CHARACTER FOR TRYING MORE THAN FOR THEIR SUCCESSES.

#2: YOU GOTTA KEEP IN MIND WHAT’S INTERESTING TO YOU AS AN AUDIENCE, NOT WHAT’S FUN TO DO AS A WRITER. THEY CAN BE V. DIFFERENT.

#3: TRYING FOR THEME IS IMPORTANT, BUT YOU WON’T SEE WHAT THE STORY IS ACTUALLY ABOUT UNTIL YOU’RE AT THE END OF IT. NOW REWRITE.

#6: WHAT IS YOUR CHARACTER GOOD AT, COMFORTABLE WITH? THROW THE POLAR OPPOSITE AT THEM. CHALLENGE THEM. HOW DO THEY DEAL WITH IT?

#7: COME UP WITH YOUR ENDING BEFORE YOU FIGURE OUT YOUR MIDDLE. SERIOUSLY. ENDINGS ARE HARD, GET YOURS WORKING UPFRONT.

#8: FINISH YOUR STORY, LET GO EVEN IF IT’S NOT PERFECT. IN AN IDEAL WORLD YOU HAVE BOTH, BUT MOVE ON. DO BETTER NEXT TIME.

#9: WHEN YOU’RE STUCK, MAKE A LIST OF WHAT WOULDN’T HAPPEN NEXT. LOTS OF TIMES THE MATERIAL TO GET YOU UNSTUCK WILL SHOW UP.

#10: PULL APART THE STORIES YOU LIKE. WHAT YOU LIKE IN THEM IS A PART OF YOU; YOU’VE GOT TO RECOGNIZE IT BEFORE YOU CAN USE IT.

#11: PUTTING IT ON PAPER LETS YOU START FIXING IT. IF IT STAYS IN YOUR HEAD, A PERFECT IDEA, YOU’LL NEVER SHARE IT WITH ANYONE.

#13: GIVE YOUR CHARACTERS OPINIONS. PASSIVE/MALLEABLE MIGHT SEEM LIKABLE TO YOU AS YOU WRITE, BUT IT’S POISON TO THE AUDIENCE.

#14: WHY MUST YOU TELL THIS STORY? WHAT’S THE BELIEF BURNING WITHIN YOU THAT YOUR STORY FEEDS OFF OF? THAT’S THE HEART OF IT.

#15: IF YOU WERE YOUR CHARACTER, IN THIS SITUATION, HOW WOULD YOU FEEL? HONESTY LENDS CREDIBILITY TO UNBELIEVABLE SITUATIONS.

#16: WHAT ARE THE STAKES? GIVE US REASON TO ROOT FOR THE CHARACTER. WHAT HAPPENS IF THEY DON’T SUCCEED? STACK THE ODDS AGAINST.

#17: NO WORK IS EVER WASTED. IF IT’S NOT WORKING, LET GO AND MOVE ON - IT’LL COME BACK AROUND TO BE USEFUL LATER.

#18: YOU HAVE TO KNOW YOURSELF: THE DIFFERENCE BETWEEN DOING YOUR BEST & FUSSING. A STORY IS TESTING, NOT REFINING.

#20: EXERCISE: TAKE THE BUILDING BLOCKS OF A MOVIE YOU DISLIKE. HOW D’YOU REARRANGE THEM INTO WHAT YOU DO LIKE?

#21: YOU GOTTA IDENTIFY WITH YOUR SITUATION/CHARACTERS, CAN’T JUST WRITE ‘COOL’. WHAT WOULD MAKE YOU ACT THAT WAY?

#22: WHAT’S THE ESSENCE OF YOUR STORY? THE MOST ECONOMICAL WAY OF TELLING OF IT? IF YOU KNOW THAT, YOU CAN BUILD OUT FROM THERE.