by Cathy Coombs 4 months ago in social media
Report Story

Not all influencers are marketing a product, yet 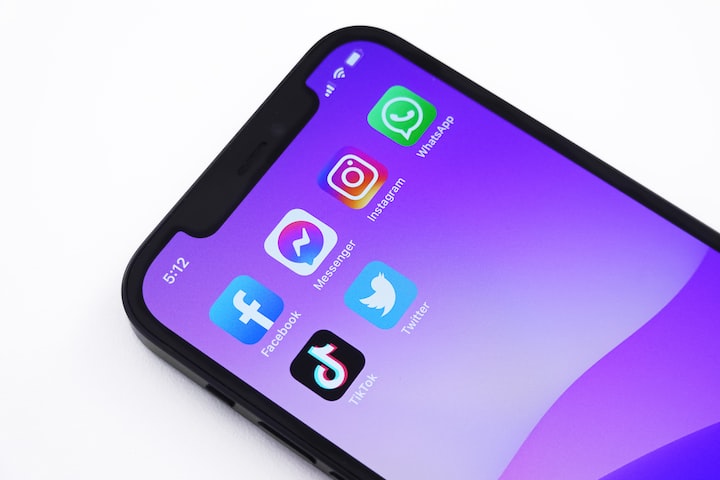 I used to think an influencer was just someone who posted an image or video online to Twitter, Instagram, or YouTube. Once these influencers reach a massive following, however, they can collaborate with brand-name companies to market their products.

Interestingly, many people engaged in social media look to the influencers to guide them in their decision-making because followers become embroiled with everything they post. There's some kind of trust that builds with influencers. Persuasion. All it takes is a click to follow.

If an influencer is working with a company, any follower might purchase a displayed product being talked about. Sounds like easy marketing to me.

For example, social media influencer, Addison Rae, started on TikTok in 2019 just by uploading some dance videos. Not too long after that, she already gained a million followers. Because her videos were so popular, she's been on The Tonight Show, and even began a cosmetics company. She was also named a highest-earning influencer on TikTok by Forbes. The last time I checked, she had over 40 million followers on Instagram. Amazing. In August, she was cast in He's All That which was distributed by Netflix.

When COVID-19 hit the masses, people were spending more time on social media because if you can't go out, what are you going to do? Sit in front of your computer or have your cell phone in your hand for hours at a time. A lot of people turned to TikTok for entertainment. I know my family did.

Because a lot of people show their genuine natures across these platforms, their viewers come to like and trust them and importantly, share them.

Some YouTube top child influencer examples are Russian-American brothers Vlad and Niki and Ryan Kaji of Ryan's World. These YouTubers have subscribers running into the millions. They will influence children to want the toys they play with or books they read if not just being solely entertained by them.

And then there's Blippi labeled as tot influencer on YouTube who my grandsons aged 3 and 2 love. Blippi has a website and can be followed on Facebook and Instagram. Blippi is portrayed by 33-year-old Stevin John. He puts himself on a child's level to communicate educational messages.

A United States Air Force veteran, John created his first video in 2014. In 2019, John had some bad publicity when it was learned he hired an impersonator to appear as "Blippi" during a tour. Some mothers were so mad, they wanted ticket refunds even though it was indicated the real Blippi wouldn't be on stage.

Even well-known Joanna Gaines from the home decorator and renovation series, Fixer Upper, creates posts of pleasing interior designs on Instagram. Gaines has over 13 million followers on Instagram. She and her husband, Chip, have become so successful that they collaborated with Target to showcase her collection of Hearth & Hand with Magnolia. In 2019, they opened a coffee shop called the Magnolia Press. They're also involved with a new cable network called the Magnolia Network.

Influence is the new power - if you have influence, you can create a brand. - Michelle Phan

There are a lot of pros and cons to being an influencer. If you're successful, you can make a lot of money, but that income resource is also dependent on popularity. There are no job guarantees as an influencer. What may seem like a side hustle, in the beginning, could turn out to be a lot of work. So, it depends on how hard you're willing to work to create the potential for success because not all influencers are successful.

One thing is certain. There is a lot of power of persuasiveness by the successful social media influencer.

More stories from Cathy Coombs and writers in Journal and other communities.