by Kirsty Kendall 6 months ago in humanity
Report Story 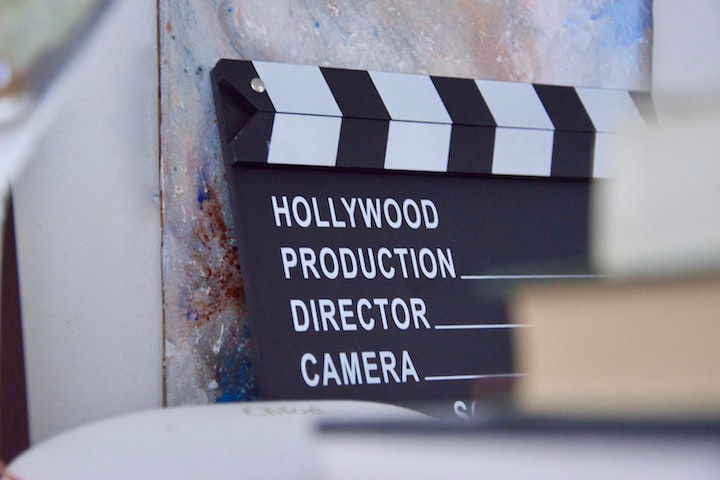 Photo by Thea Hdc on Unsplash

This story is based on my article “What If Autistic People Were the Majority?” I recommend you read it first if you haven’t already.

As far as I’m aware, I’m the first writer ever who has sold the movie rights of their Medium article.

My satire story “What If Autistic People Were the Majority?” is my most popular Medium story so far. But its popularity is nowhere near the viral Medium articles other writers have published. So, I got blown away when a major Hollywood film studio approached me and wanted to buy the movie rights of my story.

The film company told me they wanted to spread awareness of autism, and my story was just what they needed. I was skeptical. I had this image of Hollywood films like Rain Man in which autistic people are stereotypical savant geniuses.

The folks at Diamond Pictures assured me that they wanted to do something different. They were willing to change the way autism is portrayed in entertainment. And they wanted to pay me $2 million for the film rights.

Did I accept the offer? Of course, I did! Hello, Hollywood!

Of course, I knew the film company would modify my story to make it into a movie script. I wasn’t the scriptwriter; Diamond Pictures only uses their exclusive mega-famous scriptwriters.

I was OK with that. Call me a sell-out if you want. But I bet you would be willing to make compromises too if you got offered $2 million!

I Got Invited to the Premiere

I got an invitation to the premiere of “The Autistic Planet”. That’s what they named the movie. I guess “What If Autistic People Were the Majority?” is not a very catchy movie title.

I had trouble deciding what I would wear for the premiere. I wasn’t a good millionaire. Or maybe I just wasn’t used to it yet. But buying an expensive designer dress only for one occasion seemed insane to me.

I ended up ordering a cheap pink dress from China. Nothing too fancy. I had read on the internet that the photographers wouldn’t care about my outfit anyway. I may be a millionaire, but I wasn’t a celebrity.

The shoes were a problem too. I had seen in magazines that women were supposed to wear high heels for Hollywood premieres. The problem was that high heels made my feet hurt up to my butt. I ended up with a compromise; wedge sandals. That’s what I did at my wedding too.

I traveled to Los Angeles with my husband. We stayed in a 5-star hotel, spent some quality time, visited the Hollywood Walk of Fame, and so on.

I took some selfies on the red carpet with my husband. I had read online that you can’t stand too long on the red carpet. Otherwise, the security may throw you out. I thought that would be unfair, considering the movie wouldn’t exist in the first place if I hadn’t written my Medium article. But I had sold my right to complain.

We sat down in the movie theater. There were complimentary water bottles and popcorn for us. I was kind of hoping, considering the film’s theme, that there would have been complimentary earplugs too. But apparently, the film crew hadn’t internalized the point of my story enough to provide earplugs at the premiere.

I missed the actors on the red carpet, but I saw them when they arrived at the cinema. Zac Efron played Gary’s role. He was a lot older than Gary, but thanks to his baby face, he passed for a 25-year-old.

Brie Larson played the role of the narrator/interviewer. I wish I could have talked to Brie. I worship her! I didn’t know what I would have said to her, though.

“Hi, I loved you in The Room and The Unicorn Store.”? How original!

Before they played the movie, the director of “The Autistic Planet” said a few words, including “diversity”, “understanding”, and “community”.

The film started with a scene of Zac Efron, I mean Gary, walking in New York. He met the interviewer in front of the coffee shop.

Brie Larson had an uptight look as in The Unicorn Store when she was a temporary office worker. She had gray clothes, a tight ponytail, and she was wearing glasses. She blushed when she saw Zac Efron; Gary!

They went inside a private cubicle in the coffee shop. The interviewer, Kate, started asking Gary about his life.

There was a flashback scene of Gary as a child playing basketball alone. The other kids were sitting in corners and reading books.

The movie fast-forwarded to when Gary was a young adult. Gary was at home alone, working on his computer. Sad violin music played in the background. He wiped a tear from his eye.

My article had ended with the interview, but the screenwriter had extended the storyline.

Gary ended up in a downward spiral. He was unemployed and lived in the basement of his parents’ house. Gary slept all day and played video games. To point out Gary had reached his lowest point, he had grown a beard.

Then, Gary’s mother told him about a support group for people with “hypersocial disorder” (HSD). Gary shaved his beard and went to the meeting. A group of people sat in a room talking non-stop.

Gary started exercising and making silly dance moves. I guess that was supposed to point out how much Gary’s mood had improved.

An annoying feel-good song played in the background while Gary worked on his computer. He fell asleep at his desk. It was clear that he was developing a Big Idea.

Gary dressed up in a suit and went to a bank to apply for a loan for his new business idea. The bank clerk was a serious-looking middle-aged man. He denied Gary’s application because he didn’t believe in Gary’s facial expression recognition software.

Then, Gary talked to a guy in his HSD support group. The guy had an uncle who also had HSD and who was a startup investor. Networking helped Gary get funding for his business.

The next scene took place three years later. Gary had become a successful startup entrepreneur. He was about to meet a journalist in the same coffee shop he had been to years ago. To Gary’s surprise, the journalist was Kate.

They sat in the same cubicle as three years earlier. Gary talked about his success story.

“You know, when we met for the first time, I secretly admired you”, Kate said and blushed.

“I knew you would be successful one day. You were so… passionate”, Kate said and blushed even more.

“Passionate? Why don’t you tell me more about passion?” Gary said.

Kate removed her glasses and took off her ponytail. She tossed her blond hair.

Gary leaned over the table to kiss her.

Oh, my God. Seriously? I thought.

Kate suddenly stopped wearing glasses and started to keep her hair down.

“You taught me how to have fun”, Kate said to Gary at their wedding.

The audience applauded when the end credits rolled. My name was in the credits, woo-hoo!

That was about it. I hadn’t got invited to the after-party (well, of course not!), so my husband and I went back to the hotel.

People always say the book is better than the movie version. That’s true when it comes to my Medium post. It seemed to me that the film crew had missed the point of my story.

I learned from the experience that there is little artistic value in selling the movie rights of your Medium story. Your story is most likely better than the movie version is going to be.

So, was selling the movie rights of my story worth it? Yes, it was. For $2 million, it was worth it.

More humor from me:

How I Make 6 Figures Writing About Snails

More stories from Kirsty Kendall and writers in Journal and other communities.