The Great Gatsby and Me 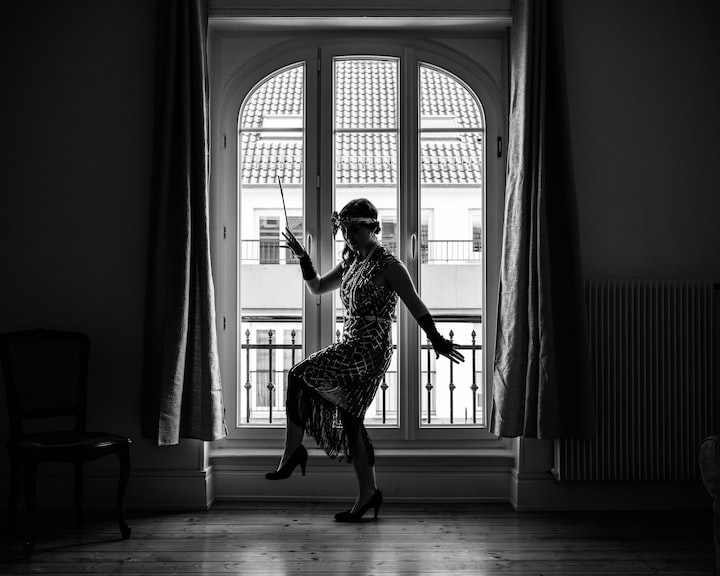 Photo by Carrie Borden on Unsplash

She said, "It's about a man who falls in love with a married woman and it destroys him."

I do like that. Not what she said, but summing up a story into one line. I love it when people cut to the chase like that.

So, I didn't read The Great Gatsby. My mom sated my curiosity and so I left it alone until I happened to see a YouTube clip of the Baz Luhrmann version of The Great Gatsby. In it, Daisy is talking to Nick. She tells him how her life hasn't turned out the way she wanted it to, how she's unhappy, and how her daughter was born with her husband, Tom, nowhere around. Looking at just the one scene, it looked like an attempt on Daisy's part to seduce Nick. It was the opening overture to a much larger play.

Obviously, that was at odds with what my mother said. Wasn't it about Daisy and Gatsby and their affair? But Daisy's seduction was so perfect, so studied, and so gentle that it could go unnoticed by anyone other than the practiced seductress, but still get her foot so far into Nick's door, he might not be able to get it out again.

I was curious again, so I watched the film. There were quite a lot of inconsistencies in it. So many that it was like looking at a map of your hometown with locations on it that didn't exist when you lived there. I seriously had not read The Great Gatsby, but I am a writer, and the problems stuck out. I'll name the three that were the most noticeable:

1. There was no grand love affair. Daisy had been looking to have an affair with somebody, but even after she begins one with Gatsby, she says things that make it seem like she would have been happier if that person was Nick instead of Gatsby. Tom would have preferred that as well. It really spits in the face of the Gatsby that Baz tried to create because he tries to make Gatsby larger than life.

2. Gatsby is not larger than life. Nick meets Gatsby at a party at Gatsby's mansion and Gatsby is so grand nothing could compare with him. However, Nick goes out on the lake with him the next day, but there is no scene described. That, all by itself, kills Gatsby's image of being larger than life. Nick is the narrator and he can't think of anything to show the audience about that occasion? It makes Gatsby sound dull.

3. Nick has all the girls. In the film, Nick has Daisy, Jordan, Catherine, and at least two more girls that are not shown but are mentioned. None of the women in the story are interested in Gatsby except Daisy and she was only interested because he was an easier score than Nick. It really destroys the power Baz is trying to give Gatsby because there aren't even women hanging around him at his parties. Only his butler cares where he is and there are no women circling him to get his attention.

Toby Maguire has this gift of looking wonderstruck and they use him to look impressed with Leonardo DiCaprio, but the two actors are simply not good examples of what would have made sense for the story. What would have made far more sense would have been to switch them and have Toby play Gatsby and have Leo play Nick. I would have loved to see Toby do something like that. And Leo would have been great at Nick, because Nick has a way of charming everyone around him without himself being aware that he is charming them.

So, then I got curious about the mistakes and I was willing to bet my britches that F. Scott Fitzgerald was not the one who had made them. I read the book and it was BEAUTIFUL. It gave me everything I wanted--perfection.

It's always annoying when my mom's awesome singular sentence turns out to be wrong. But sadly, the story is not about Gatsby. It's about Nick who is both in the story and out of the story. He's the narrator, but he's also the central character. It's just that the action of the story is not happening to him. He's not the one having the affair. He's like Daisy and Tom who are thoughtless people and he would have remained a thoughtless person if he had not ended up with Gatsby's dead body on his hands. That changed him. It didn't send him into a mental institution, but it changed him. He stood there at the hotel and realized that it was his thirtieth birthday, but he had only remembered halfway through the day that such a milestone was upon him because all he had been doing was partying.

The storytelling is unusual because it's more like Nick's an eloquent drunk who talks to you all night telling you the grand story long after the bar has closed. The book is only 45k, so it is completely possible that someone could rope you down and tell you the whole book word-for-word in about four hours. He tells you the elegant story of how he stopped being that thoughtless person and when he's finished, he droops in his drunkness because he doesn't know how to be a thoughtful one. Even as he tells the story, he's aware he hasn't changed into what he wants, just that he can't be what he doesn't want.

He looks to you for guidance, but your face is as blank as the page he hasn't yet written on.

Back to Baz, can I get a job working for him? He does such beautiful work, It's such a shame he missed the bull's eye. It's so sad when he came so close.

Back to F. Scott, you beautiful man! You nailed it!

Back to my mom, The Great Gatsby is actually a commentary about how thoughtless rich people really are and how the things that should change them don't because their money saves them from consequences. Sleep well, mom. I'll tell you more about how you were wrong another day.