The Game of Social chance

by Doors to Life 6 months ago in humanity 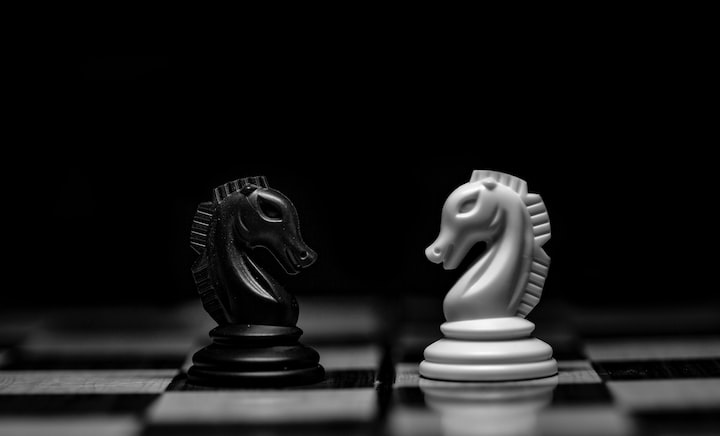 Photo by Hassan Pasha on Unsplash

Social stratification has multiple factors in order for it to work properly. It starts with the social differentiation, “human diversity of the society”, to social inequality, to social order, and then the stratification which is created through the social forces such as “socio-historical and political actions” (Larkin, 2015). In this writing, I will be discussing three types of stratifications systems, how individuals are sorted into the system and the system’s social mobility.

“Social stratification, also referred to as stratification, is the way in which a society organizes itself so that individuals know their place or rank, also called their social position, in society” (Larkin, 2015). To simply clarify the statement above, stratification is a grouping and ranking of groups and individuals, it’s a type of categorization.

There are different types of stratification systems such as class system, caste system, and the estate system. In every stratification system there are also different social mobilities. It can be open where people are ranked due to the achieved characteristics like their merit, talent, or past performances (this makes mobility happen). It can be closed, where people are ranked through their ascribed statuses, which makes the mobility impossible.

The social class system is something that is generally known in many countries like America. The social class is social ranking by the economic position in which one person is in. This can be influential to the social mobility; through the achieved characteristics one may have. This creates an open system, in which people are “ranked by merit, talent, ability, and past performance” (Larkin, 2015). The problem that occurs is the income inequality which is the main component to this system. In fact, the theorist Kahl-Gilbert has demonstrated this ideology through his 6-class model showing the different classes.

Another stratification, as mentioned above, is the caste system. This system is another interesting one as it deals with the “hereditary system of rank” and is a fixed immobile system (Larkin, 2015). The children of this system (most commonly found in India) is assumed the rank of the parents. The fixed immobility refers to the system being close to closed where people or groups are ranked on basis of ascribed statuses, this makes the mobility within the system hard, if not impossible. However, there seems to be a recent anonymity of urbanization, in which a person can lie to get a job, it is a flexibility from being in an urban area. By this an individual can, in a way, cheat the system to get himself/herself in a higher position.

The last of the several stratification systems that I will be discussing is the estate, which most commonly occurs in China. To define this system in simple terms, it is a feudal system from the Middle Age. The social position in the individuals or groups of this system depends on the land they are on or own (“ownership of property”) (Larkin, 2015). The more land one owns, the more control they have over the land and the people on the land. This system is neither open or closed social mobility as people can gain achieved characteristics and have ascribed statuses that change their “social position/rank”. Europe is no longer in a feudal system as it was before.

The next part of the article will first be discussing the statistic differences on male and female by their race, education, and class in order to find the SES of power. The mean annual income for males is $52,146, while females receive and average of $41,977 (in the United States of 2017 data). There are the main four races that we will look at when comparing the differences between male and female, and those are Hispanics, Blacks, Asians, and White. The data shows the median weekly earnings by the third quarter in current dollars which is based on the year of 2019. The United States male income for Hispanics are $757, for Blacks are $768, for Asians $1,360, and for Whites $1,004 (U.S. Department of Labor, 2019). The highest among the male race would be the Asians. Now we will look at the results for the female’s median weekly earnings by the third quarter in current dollars that are based on the year of 2019 as well. For the United states female income of Hispanics, they make an average of $661, Blacks make $683, Asians make $1,138, and Whites make $843 (U.S. Department of Labor, 2019). From this data, it is easy to confirm that Asian females in the United states make more income than the other races. When you compare female to male, you notice that male Asians make the most income in the United States for weekly earnings.

Before looking into anymore statistical data, it is important to gain further knowledge on the collected research and try to understand how social stratification theories fall into place and how things can be seen from a quantitative perspective. For home ownership based on the research done by the U.S Bureau of Labor Statistics, it can be seen the married women carry the peak of percentage at 60% inaugurally in 1988 (Aughinbaugh, 2013). Later continuing the trend until the end of the provided graph in 2008 at 89% (Aughinbaugh, 2013). (Image below).

Therefore, by accompanying all the data and research that was discussed in the paper, it is clear to conclude that the Asian males seem to have the highest SES power. I used the United States population as number of variables used in order to complete statistical research required for analysis of each group and resulting ranking. It is good to always keep in mind that the statistics change every year and with every year new changes occur. We need to think of why these numbers change and what may be possible causes of how these values changed throughout time.

Peterson, G. (2019). Income and Wealth in the United States: An Overview of the Latest Data. Retrieved from https://www.pgpf.org/blog/2019/10/income-and-wealth-in-the-united- states-an-overview-of-data.

Receive stories by Doors to Life in your feed
Doors to Life
Read next: How Important Is the US Trade Data?