The Best Fantasy Series Out There

by Darcy A. S. Thornburg 3 months ago in literature

And How It's Not Fantasy 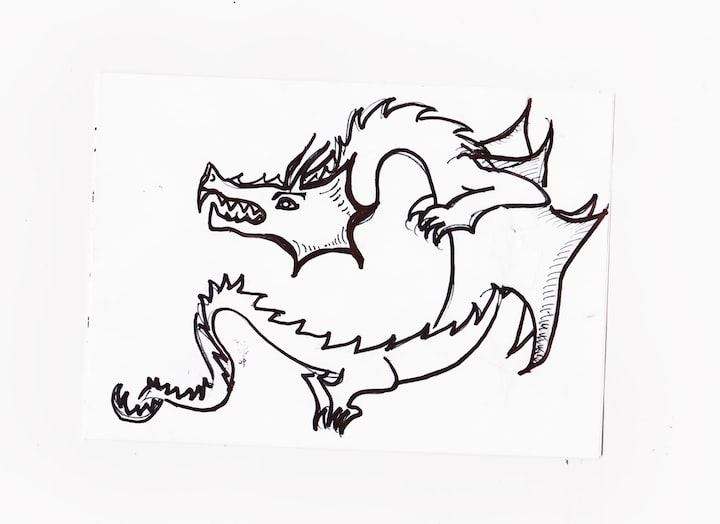 Photo by Katerina Stepanova on Unsplash

The best fantasy series out there isn’t fantasy at all; it just looks like it.

The best fantasy series out there is Anne McCaffrey’s Dragonriders of Pern. Sounds like fantasy, right? I mean, there are dragons in the title; how much more fantastical can you get? But it’s not. What is it really? It’s science fiction masquerading as fantasy.

You read that right: It’s science fiction masquerading as fantasy.

There are two different ways in which to read the series. If you go in publication order, you’ll see in the beginning dragons, a low-tech society, and quaint folksy ways of living, as with any fantasy series. But if you read in the order of story chronology, you will find out first that Pern was originally colonized by people from Earth—and its extrasolar colonies.

And those dragons? Genetically engineered by the first colonists from the native fire lizards/dragonets to help the colonists fight an existential menace: the mychorrizoid known as “Thread.” But I won’t get into the details. That would spoil things.

Why is Pern the greatest fantasy series of all time? Because it’s got a little bit of everything: Dragons, “magic” (since any sufficiently advanced technology is indistinguishable from magic, as Arthur C. Clarke once said), music, knife fights, interpersonal conflict, politics, adventure, science, artificial intelligence, and I could go on, but I won’t.

Those dragons I mentioned? They’re the good guys, which you don’t see a lot of in dragon-related fantasy stories such as anything in the various series based on Dungeons and Dragons, like Greyhawk, Forgotten Realms, etc., or like the ones in Shadowrun. I mean, sure, there are good dragons as well as evil ones, but they don’t really work with humans or metahumans of any type in those series. They keep aloof, working behind the scenes to build their hoards and/or terrorize the countryside like Smaug from The Hobbit. On Pern, the dragons and their riders share an empathic bond and a drive to protect their home.

It’s an older series, with the first book published in the 1960s, and the Dragonlady, Ms. McCaffrey herself, passed away more than a decade ago, which means there are more than 20 novels and at least 6 or 7 short stories to read. Her son and daughter have since published novels set on Pern as well, meaning that someone could very well spend a week or two in this fantasy world and still not run out of reading material.

The characters McCaffrey and her children have created are especially memorable. There’s Lessa, the no-nonsense weyrwoman who saved herself from Fax, the Lord Holder who killed her family; Robinton, Masterharper of Pern, whose wisdom is sought far and wide; Jaxom, erstwhile dragon rider and a Lord Holder to boot; Mirrim, rider of green Path, whose caustic personality often makes her seem unapproachable to those who would be her friends; Sorka Hanrahan, the original weyrwoman who with her husband, Shawn Connell, created the traditions that kept the dragons and their riders strong throughout the two-plus millennia that followed; and many, many more unique and varied folk people this world.

Truly, even though it is technically science fiction, the Dragonriders of Pern series by Anne McCaffrey is the best fantasy series ever written. If you haven’t read it, I think you should. If you have, and disagree with my assessment, I will agree to disagree while inwardly still thinking you’re wrong. With such a well-connected plot over two millennia and more of story line, dynamic and unique characters, and enough reading for days or weeks on end, I fail to see why anyone could disagree.