by Horace Wheatley 11 months ago in satire 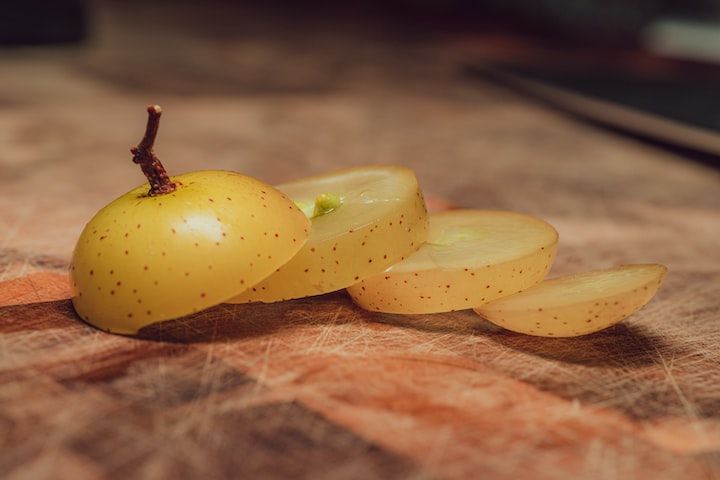 “Thea, Ansen, Bracken! I’ve got another one that needs your help!”

Darcy Coles clicked and hung up the speakerphone at her desk. TalkBox Media Group owned the entire third floor of a reclaimed lumber house between Seattle and Portland. Urban hipster meets forest chic was on-brand for them. Darcy was training as their first full-time tech support staff and it was a challenging first day.

The three senior staffers and co-owners, known as the Creative Collective, huffed out of their shared office, known as the Nest, at the end of the open cement floor.

Thea Fatir, a long-legged graphic designer, got to Darcy’s desk first. “What is it this time?”

Ansen Keston III, the androgynous math wiz, whined, “Why did we hire for tech support if we still have to do it?”

Bracken McMasters, in their buffalo plaid half-dress half-shirt, answered, “We knew there would be a learning curve for someone not even out of college. Darcy?”

“Person.” All three corrected her.

“Yes, sorry,” she reminded herself to choose her words more carefully. “It’s the same client as earlier. They are continuing to question the review of their piece. Here, look.”

The Creative Collective leaned further over her narrow shoulders to scan the screen. The open ticket described the complaint raised by user FryGuy69 in which they had submitted a short story piece featuring potatoes.

“Ugh, let it go already,” muttered Thea. “Darcy, I want you to reword box five on the decision tree. That’s all the explanation we have to give the user. If they don’t like, they can write stories on Reddit or Medium.”

"Users are not customers, they're clients," corrected Ansen with an eye roll. "You are support staff, it's a different purpose."

“It’s just,” stammered Darcy, “well, the user’s story is just about potatoes and the moral dilemma faced by the farmer. It’s interesting.”

“Ansen, are you hearing this? Can you believe her?” asked Bracken, arms crossed. Ansen still had their mouth open. Almost imperceptibly, they shook their head.

“Fucking potatoes!” blurted Bracken. “I can just imagine this guy: missing teeth, red hat, a truck with potato flags on it, and barely a brain cell between his ears.”

Ansen picked at their sleeve. “It reminds me of high school and all the kids who wanted me to eat carbs. Why does every meal have a side with some kind of potato!? Stop proselytizing, you freaks.”

“Listen, most of the country buys, sells, and eats potatoes,” Thea reminded the other two. She turned to them and said, “Deep, cleansing breaths. Picture the ocean or a bird gliding. Release, release.”

Darcy sat there and wondered if she should speak up again or put her head down and do her job. College wasn’t paying for itself, so she got back to work. She consulted the black book on her desk for the proper part of the decision tree.

The Creative Collective returned to the Nest just as Darcy was putting the finishing touches on the message back to the pesky client.

Thank you again for your inquiry. We take a firm stance against any potato content of any kind. We’ve seen the ways that potatoes can divide and incite other platforms in recent years. That’s why potatoes are banned as part of our Terms of Service, which we encourage you to read. This creative content community strives to protect the safety of all.

Please revise your piece and submit it for review again before publication. Thank you for keeping community members safe!

Her cursor hovered over SEND. She wasn’t so sure he deserved these circular explanations. But what was she going to do about it?

Immediately, she regretted the way this writer was getting shit on. He was just trying to get his short fiction published, anyone could see that he just needed a little traction.

Darcy used the tech support program to look up his user credentials. She cast a glance over her shoulder. The Creative Collective was still at the far end of the lumber house floor, in their Nest, being creators or influencers or mapping the next phase of TalkBox’s strategic plan.

No one was paying attention to her.

She took her phone from her purse and swiped to open her personal email. She thumbed in FryGuy69’s info and typed a message.

I’m Darcy, the TalkBox support staff responsible for handling your inquiries about your short story “Spuds and Duds” on our site.

I just wanted to tell you I’m sorry. My bosses make me use a scripted decision tree to respond to your questions about your story about potatoes. They have a strict “no potatoes stance” because they’ve all been personally hurt by potatoes. They won’t listen to anyone’s arguments otherwise, they just wave their “community safety” flag and dismiss everything.

It makes me so sad because I grew up on a potato farm.

Like you, and most people, I’ve seen the good that comes from potatoes. The jobs serve people and communities. The food nourishes many and creates endless forms of potato products. It’s good work.

At times things have gone wrong, sure. Crop failures can lead to famines and burst economic bubbles. Pesticides can make people sick or cause cancer. On rare occasions, there are farm accidents.

I’m not claiming the potato business is perfect or blameless. But I do think it does far more good than hurt.

My bosses, Thea, Ansen, and Bracken are so far “beyond progressive” that they’re no longer accepting or tolerant of all. It’s strange and gross. They built this community like a backyard clubhouse: play by their rules or you can go home.

Anyway, I wish there was something more I can do. Your story is compelling and your writing is excellent. Please keep working at your craft, your big break will come soon enough.

When she got back to her apartment that night, Darcy had a notification that FryGuy69 had responded to her email. She sat on the couch and dropped the fast-food bag on her coffee table. After the day she’d just had, the greasy potatoes smelled like a gift from heaven.

Swiping and thumbing through her phone, Darcy read the reply.

Thank you SO MUCH for your direct email. You are doing good work. Frankly, it sounds exhausting to be on staff at TalkBox.

I appreciate your sensibility and rationality when it comes to potatoes. Especially potatoes in a work of fiction less than three thousand words.

As a writer, I sometimes forget that others do not see the world as I do. Just because I write something doesn’t mean I believe it or endorse it.

I write because I am compelled to do so. There is something interesting to be said when a character of a certain makeup encounters a particular situation. Like the potato farmer's moral dilemma.

The best stories cause us to look inside ourselves and ask, “Would I do that?”

It sounds like Thea, Ansen, and Bracken need to get over themselves and their personal opinions on potatoes.

The world is a big place and the reality is that potatoes exist. It can be difficult to remember that most of the country doesn’t think about potatoes in extremes as your superiors do.

You’ve confessed to being a daughter of a potato farmer (gasp!). Allow me to make one:

I am a bestselling author.

Yes, you can find my work on the NYT Bestseller list year to year. Yes, I make seven figures annually from my work, plus adaptation contracts and endorsements. I don’t know how much I’m worth, it’s a bit embarrassing. I just love the challenge of short fiction.

Now, I could just buy out TalkBox and shut it down, or perhaps turn it over to you. However, like the characters in my work, I prefer to deal in lessons.

So, let’s make a deal: I would like to give you twenty-thousand dollars. All I want is for my short story to be approved and published on TalkBox.

The reviews and community comments should be more than enough to challenge your supervisors in their garish ways. It will be my private entertainment.

The money should cover you in the event you are let go. Perhaps, even allow you a few personal indulgences?

Whatever happens, Darcy, please reach out to me again. I will find you a place to work. You deserve to direct the creative process somewhere. Your rectitude is beyond admiration.

Below, Darcy also found a link to accept the payment through Venmo. Just like that. The cursor hovered while she wrestled with what to do.

She thought of the comments made throughout the day by the Creative Collective.

“Carbs and starches are an abomination!”

“What did fries ever do to deserve to be so ubiquitous? How’s that for food consent?”

“Don’t even get me started on cooking methods. I almost choked in San Diego on a charred potato wedge! Traumatic!”

Their nasally voices rang in her head. She got some ibuprofen and worked on her fast food.

It’s not like FryGuy69 was writing about politics, or religion, or sexuality, or finances. These were all hot-button, divisive issues that society struggled with but were allowed to be voiced on TalkBox.

On one hand, her choice was about doing what was right or what was wrong, forbidden.

On the other, her choice was about justice and not letting injustice stand, even against potatoes and potato writers.

Read next: How to do 'Reassigning' in IFHRMS - ( Full Guide )