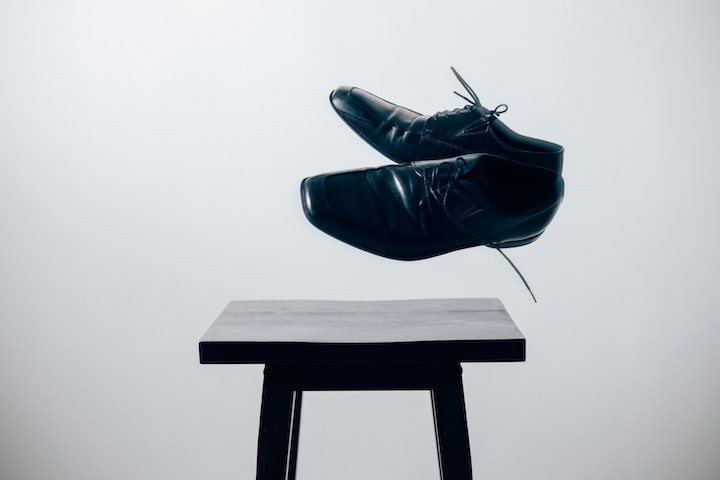 Photo by Mark Rabe on Unsplash

I did it. I went to dance class. It's been a decade since my sister stopped dancing and a decade since I stopped with her -- well, until six days ago.

When my sister ended her dancing journey in 2013 I thought for sure I would never, ever be able to watch a dance routine again; I believed there was a -0/10 chance of me enrolling in a dance class of any kind. For a long time, watching dancing videos (or even thinking of my sister dancing) instantly brought me to tears. She was so good. She was so happy, and I would give anything to see her light up a stage the way she used to.

For some reason that I cannot name, I impulsively enrolled in an adult tap class. I was terrified. Thursday, I had a panic attack the morning of my first class. I wanted to back out so bad. But I had already invested financially. I bought the shoes and paid for a full month of classes. I had anxiety throughout the whole day. Why? I don't know for sure but I have thoughts:

I was afraid I would have a trauma response that would embarrass me. I thought maybe my ADHD would hinder me from learning. I was worried that I wouldn't fit in and people would judge me. Basically, my brain was trying to self-sabotage me.

Realistically and logically, I knew that tap would be or could be good for me. I knew the benefits of joining a group and exercising. I knew that tap is great for your brain. But anxiety blocks that part- the logical and the positive side. After pep talks all day from my friends and co-workers and family, I did it. I got dressed in my dance clothes and I walked into the school.

To my surprise, I was the youngest in the class. I am in my late twenties. The majority of the class was in their late 40s to 60s. I did not expect that! Not only were they older, but they were so much quicker than me. I started to feel really embarrassed and insecure. But I soon realized everyone was just having fun and laughing. It wasn't that serious. Some of the women had been dancing for years, but some had never danced before. They were all there to exercise and hang out together. I had never really been around dancers who were just having fun and not competing. Dance used to make me really nervous because kids were always judgmental and competitive. I never felt like anyone was watching me. The teacher, sure, but not the other dancers.

Eventually, I stopped trying so hard and I just tried to keep up while still having fun. I laughed and I made silly faces. I wasn't fully relaxed! I was still stiff and too shy to really ever feel like I was actually dancing. But I was trying. I wasn't giving up. I was included and involved. I was a part of something.

Since then, I've been practicing at home. I've been trying to loosen up and actually take it in. I've been retaining the information. This is something I am typically very bad at. I am not a great student but I do love to learn new things. Tap has felt very much like math or learning a new language. It reminds me a lot of guitar class or piano. It is making music, after all.

I am starting to really enjoy tap and I am honestly looking forward to tomorrow's class! I never thought I would say that. I do wish there were more diversity in the class. I wish there were women my age, but I am happy to be tapping with really cool older ladies.

I will keep you posted on my progress. Pray there is progress to report!

Do you enjoy dancing? Do you have a group you are involved it outside of work or school? I am curious to know!

Writer on the Oregon coast. Lover of nature, poetry, and coffee!

I love to write about my travels, lovers + neuro-divergence. Thanks for your support!

More stories from Jessi and writers in Journal and other communities.