by Tony White 11 months ago in satire
Report Story

A Tale of Two CVs... An Application Form, A Personality Quiz, an Unpaid Take-Home Assignment, a Five Stage Interview Process... 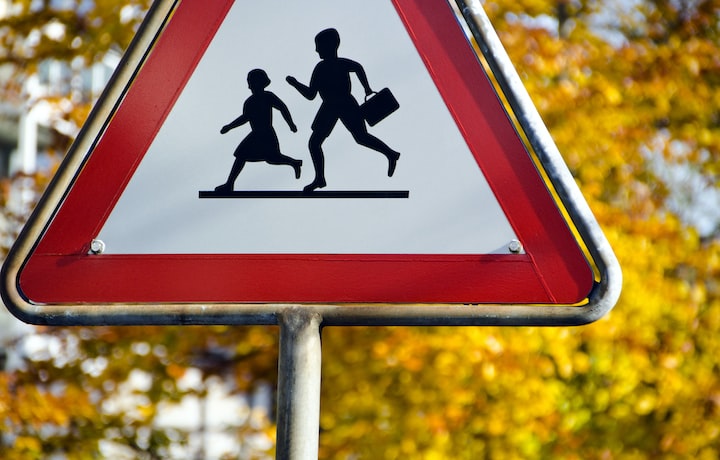 Photo by Robert Ruggiero on Unsplash

How do they hire thee? Let us count the ways. Reeling from the double-barrelled aftershocks of the global health crisis (which is still ongoing, but we're all supposed to quietly ignore it apparently) and the long-overdue Great Resignation, businesses today are hurrying to fill positions from fry-cooks to financial advisors.

It seems nary an industry is untouched by the great talent drought of our times, whose causes and effects seem to differ depending on who you ask. Whatever the truth of the matter, one thing is clear -- the cards that had been exclusively held by employers, smug and comfy since the 2008 financial crisis, are now firmly in potential employees' hands.

The wailing! The chagrin! The gnashing of teeth! Why can't you hire anyone?

Is it... maybe because your hiring process sucks?

Because I'm willing to bet your hiring process sucks.

How entitled and rude of all these people, probably, to not want to invest vast swathes of time going through your ten-step hiring process on the off-chance of possibly being offered a job and possibly instead being unapologetically ghosted. However did this dreadful state of affairs come to pass?

Granted, almost all companies suck at hiring content writers and haven't a tuppenny inkling what employees actually want in any meaningful capacity. But let's not split hairs here.

The pandemic has invited so much of society to change. So much of society hasn't, despite being invited rather compellingly to innovate, in the way only turning a planet off and on again tends to do.

Speaking frankly, shoehorning what used to work into the 2020s and expecting even half the success it used to win you just isn't going to cut the mayo, let alone the mustard.

Let's start with the basics -- your job ads are sloppy

Poorly formatted, barely edited, stuffed with company history nobody reading it is anywhere near invested enough to want to sift through, and lacking in so many of the fundamental details that you'd be terrified to know just how many people gloss over and bounce off even the most enticing of your proposals.

And then there are those of you who just forget to leave out the editing comments and formatting and hand the most bizarre nonsense to your candidates and expect them to stay engaged and regard your organisation as anywhere near, well, organised.

This never happens with either party, of course, but half of job interviews is about engaging in the cut-and-thrust of the masquerade, pretending that either of you have in any way been paying attention.

Speaking of which, why do your job interviews have so many stages?

If you're so good at business, why does it take you so long to gauge people, and why are so many people involved in the process of doing so?

Is this due diligence, or simply duplication of work, blindly following outdated procedures you haven't bothered updating, and mindlessly looking for reasons to exclude candidates based on nebulous factors that let you gatekeep your business like it's some promised land we all know it isn't?

During my last stint of job-searching in 2021, I was genuinely amazed by how many people, without a hint of irony, would insist they're after getting someone into the position ASAP, just as soon as I traipse through about a month of sequential interviews with various people, only one of whom I'm going to work with day-to-day.

It's fun to stay busy for its own sake, isn't it? But perhaps lend a braincell or two considering whether it's actually beneficial to your enterprise to make your hiring process so... fiddly.

Companies labour under the misapprehension they're the only place a candidate is applying at. Jobseekers get roles faster at more organised, efficient places, and then you get all upset.

The first phone call is always with some flunky who has less than nothing to do with your future job or boss, who goes over lots of things that are already detailed in your application before, ten minutes later, forwarding one's details to the actual decision-makers.

Why? Why are the people you'll work for not the ones deciding if they want to speak to you or not? Too busy? If you're too busy to invest properly in sourcing your new talent, do you even want it, and can you actually handle it if you get it?

Have you tried not hassling job applicants for free work?

I have a disclaimer in my CV that states I will not produce trial articles for companies to whom I am applying.

I do this because companies like Wipro have plagiarised such 'trial writing' in the past, and because it's unpaid labour (if I'm applying for 10 companies and all of them give me a five-hour task to do, I'm working 50 hours a week for literally no money -- nobody seems to ever consider this, because every company thinks they're the only one you're applying to and too important for you to even consider saying no to).

I also do this because I have a portfolio extending over 10 years into the past, which no employer ever actually looks at despite it being a necessity to provide such a portfolio during application.

In fact, most employers just insist I go ahead and do the free work anyway, because 'they want to see how I work'. That's what hiring the applicant is for, silly.

I'm not the only job applicant refusing to do trial work. Countless candidates in a host of knowledge-worker industries will pull the plug on a potential employer as soon as they ask, recognising it for what it is.

But you go ahead and stick with that process anywho, if you're happy shedding talented job applicants and need a reason to whine that nobody wants to work any more.

There are silver linings aplenty to these complex tales of vocational woe. At the time of writing, I'm set to begin a new editorial job soon -- and spoke to one individual to do so. She'd read my stuff, acknowledged what I needed and was trusted by her superior to hire smartly in her interviews.

One phone call. Versus five-stage interviews speaking to everyone in the business and writing them up all kinds of free material on the off-chance they hire me elsewhere.

If businesses thrive on efficiency, why all this bloat in how you hire? Yes, it's difficult to find and grab talent these days -- but how much of that is by your own design?

Nobody likes hiring, and nobody likes jobhunting. Streamline and thrive, humanising everyone in the process -- or pad out your processes with just-in-case prevarications and pseudo-preventative nonsense, and watch candidates sail by to join the businesses who grew a clue.

Think you're urgent for talent now? Things could soon get a hell of a lot worse.

My name's Tony, and I've been a writer for over 10 years.

Gotta give as good as you get, and all that.

More stories from Tony White and writers in Journal and other communities.