So You Didn't Make The Cut. Now What? 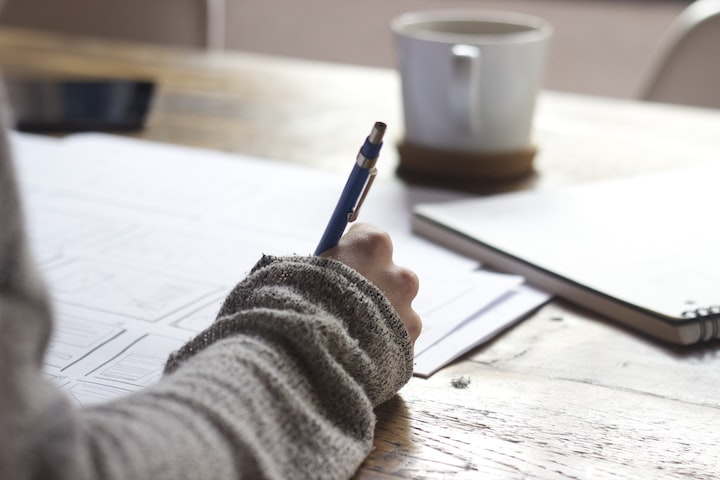 Photo by Green Chameleon on Unsplash

A Community on the Edge

Starting about about 7:00am Tuesday morning, and possibly hours before that, the collective platform waited, refreshing the Top Stories so we didn't miss the penultimate moment. It was make-or break. For some, it seems the anticipated post would define our success or failure on the platform. Self-esteem would be boosted or tanked. Hopes would be lifted or dashed. It came a day late, but and it came in like the wrecking ball we all thought it would be: the 1,025 finalists for the Vocal+ Fiction Awards, which accepted over 13,000 submissions between October 12 and December 29, 2021.

I had a migraine the morning of January 26, 2022. I spent the day struggling to grasp the meaning of what people were saying. No sooner had I finished reading Madoka Mori's suspenseful "Fake Meat", I found myself unable to grasp even the basic concepts of my job. It was like some sort of eerie precognitive experience. By the time the finalists were announced, I got dizzy just turning my head too fast. So to say I nearly passed out when I saw that I'd made the list isn't even an exaggeration. I literally watched the world sprout black blooms in the corners of my eyes as I turned to my husband and repeated in a voice that steadily rose in pitch that I had made the cut with my story, "I Am Sancho".

The reception of the not-so-short-list of 1,025 finalists was mixed, with sentiments ranging from disbelief and gratitude to threats to quit the platform, vitriolic claims that not all of the stories qualified as fiction, and even vows to give up writing altogether.

As we waited for the list, I was there with everyone else with unveiled threats that the platform just wasn't for me, that if I didn't make the cut, then I just didn't know what these mods and judges wanted. I even went so far as to post it on Twitter. I was glad I deleted those tweets. They did less in point of credit to the Vocal team of moderators than it did me, and wasn't about to change anyone's minds. I understood yesterday morning that the mods were going to choose who they were going to choose. Such sage advice didn't keep me from self-destructing all day, stating to my husband that I might just go back to blogging for free and submitting to indie publishers, or finally compile that short story anthology and publish it on Amazon. My mood tracker in my bullet journal was kind of grim.

Now that the list is out, I can breathe a sigh of relief, but I hear a lot of my friends in the Vocal communities vowing the same things, and finding myself on the list when so many others didn't make the cut was bittersweet. What did my story have that theirs didn't? What makes me a good writer? The truth is: I honestly don't know. I just do what I know deep in my personal truth is what I do best: I write.

Like many of the other writers on the platform, those who made the cut and who didn't, our writing journey has been long, and we're tired. But if there's one thing this contest, and the other contests and publications I've submitted to and been rejected from, has taught me is that if you walk away now, you walk away from any future chances of winning, of being seen, of making the cut.

When I met my stepson, he was about four years old. He was a dimple-cheeked, freckled adventurer, who told himself stories as he laid on his father's living room floor. He would hand me a toy figurine and I would follow him around the apartment, sitting quietly and patiently as he pursued one quest after another in search of XP, glory, loot, and orange popsicles. He did not then, nor does he now, have any idea who Don Quixote is, but I was Sancho nevertheless, and some years later, a quaint little story was born.

As the stepmom of bright, happy child, I was excited to write the story. Every little moment in the piece brought me closer to the little boy that used to be, which I appreciate even more now that he's entered his teenage years.

So you can imagine the love and care I typed into every word, and you can imagine how disappointed I was to have the story bounce from submission to submission, to go through round after round of edits to meet each publication's demands, and then to ultimately be met with one rejection or non-response after another. I was pitching agents, begging for indie publication, willing to accept jack squat as the sum reward in exchange for publication, with such feedback as, "It's great, but no one will read it unless they're a parent."

Yes, parents of young children have told me they see themselves and their child in Sancho and Don Quixote, but there are others who have said they have seen other types of characters. One particular reader claimed they were hooked because at first they thought the two characters to be a patient in the final stages of dementia and their care-giver. Knowing the story of Don Quixote informs that opinion, and I'll actually admit that it was a surprising assessment considering that I never read the novel.

But people do operate under the misconception that they must be a parent to truly understand the story. A true parent didn't even write it. To be first criticized that "I Am Sancho" is too niche to be enjoyed by a wide audience, and to then be told that since I'm not a "real mom", I couldn't possibly have understood the life of a mother well enough to have written it at all made me want to shelve it for good.

Then I joined Vocal+ in September. I saw the Vocal+ Fiction Awards posted up in October. I formatted the story, made a couple of tiny, tiny, tweaks, and hit "Submit". The rest is almost history. We'll find out how much history on February 25th.

At the time of making the short list of finalists, "I Am Sancho" had been six years in repeated attempts at publication and feedback. Where once only family members and the occasional Twitter reader had any positive comments for the story, now it's sitting on the only short list it has ever been included on. This is not just a small win for me. As a writer that has been honing a craft, with literally hundreds of thousands of heretofore unpublished words under my belt, this is something I've waited 20 years for.

I get it. We all tried our best. 1,025 of us made it and some 11,975 of us didn't. It must have looked so easy. I only submitted two stories and got on the list. I'm struck with disbelief even now. Do I deserve it? Did I really work hard and try my best? Does it belong on the list? I'm sure some will say that no, I didn't, and no, it doesn't. But let me remind you all that there have been five challenges I've entered that I haven't even come close to winning. I'm sure I don't understand how I couldn't have won any of them. I'm sure I don't understand why "I Am Sancho" had never made it into The Sun, The New Yorker, or any of the other hundreds of other mainstream and indie publications I submitted it to. This story, nor any of the others that made the cut, is no more or less valid that any story that didn't make the cut. Like most publications, the mods and judges saw something of value in the piece that might be right for the publication and the culture, and liked it enough to include it as a finalist, to entertain it as a possible winner.

And as you go through your writing journey, whether it's on Vocal, or Medium, or even Amazon, others will come to see your work for the value that it brings to our community of readers and writers. If you're considering leaving the platform, please don't do it because you're angry about the outcome of the short list. Don't let this run you off. If you're considering leaving the craft, I encourage you not to. I've been writing since I was 14. I have never received a cent of hard-earned cash for my time and effort. But I've met some amazing people and read some amazing stories, and I've had some amazing opportunities, like my guest posts on #folklorethursday

I didn't let the negative feed back make me feel like I should stop trying. It takes guts to enter these contests. It takes guts to show up. You have what it takes. Keep entering. Keep showing up. We will get there, and I'd rather we all got there together.

Vocal will announce the winners of the Vocal+ Fiction Awards on February 25, 2022. I, along with the other finalists, will anxiously await that outcome. Only 25 of us will win, but all 1,025 of us are happy to have gotten a free year of Vocal+, which will open doors to other contests and challenges. I'm very, very grateful and deeply humbled to have been included on the short list, and I can't wait to see who makes that last, most coveted final cut.

You can read my short list story "I Am Sancho" and my other entry "The Vamoose Mathematic Principle" on my Vocal account.

More stories from Ashley McGee and writers in Journal and other communities.