by David Wyld 5 months ago in how to
Report Story

A recent national survey by Gallup showed that Americans’ trust in institutions, across the board, has fallen to record lows. There’s one exception to this disturbing trend. Here’s why the faith shown in small business is so important to us all. 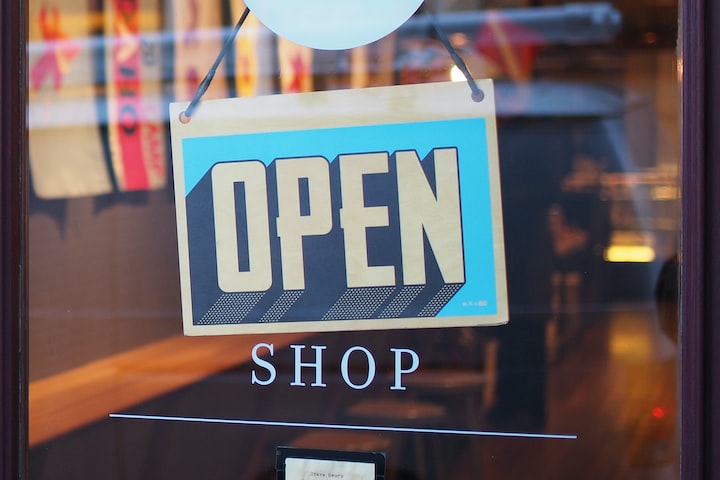 Photo by Mike Petrucci on Unsplash

Have you been on social media lately? Unless you are living in a cabin deep in the woods without any way of connecting to the Web (sounds pretty good right about now, eh?), going on Facebook, Twitter, even LinkedIn can be disturbing, as your “friends” seem to be endlessly arguing - and even attacking one another - on everything today! Americans today are collectively an angry, stressed people, and they - well “we” - seem to be increasingly taking it out on one another. Seemingly anything that happens today - not just in politics, but in our wider society - will instantly cause intense, even scary, arguments to begin on social media between those on the “red team” and those on the “blue team.”

Why are we acting out against one another so regularly and so angrily today? Many in the media repeatedly speculate about the root causes, and of course, many more on social media will freely and repeatedly give their “expert” opinions on all of this. The truth is that the underlying causes are deep, divisive, and yes, all too real. It will take many years of social research to really unravel just what is happening today, and many more to hope to solve the underlying causes. Hopefully, such a collective “self-analysis” will yield results to make for a better future for all of us before something even worse happens because of all of this collective anger.

As a strategic management consultant and professor though, my primary interest in all of this is how today’s state of “unsettledness” that Americans are feeling translates to how we feel as workers and as consumers. And make no mistake, there are very real “real world” consequences for businesses, for government agencies, and for non-profits arising from the increasingly disunited and distrusting nature of the American populace. This is why the recent report from Gallup on Americans’ confidence in major institutions, showing a lack of trust generally not just in government, but in all institutions across American life today, is so very concerning.

Each year, Gallup, the prominent analytics and advisory company, conducts a large survey of a cross-section of the American public to gauge confidence in institutions across American life. Gallup has been conducting the survey annually since 1993, and the results of this year’s survey show that the American public has an unprecedented lack of trust across the board in our institutions, from the government to the private sector. In fact, overall confidence in the 16 institutions Gallup surveyed Americans about fell to its lowest level - 27% - since Gallup began conducting its annual survey some thirty years ago!

The lone exception to the downward trend of confidence and trust was to be found in organized labor, which was the only American institution that at least stayed steady year-over-year. While Gallup offered no explanation in its analysis for Americans’ stable perspective on labor unions, one could assume this springs from organized labor’s recent gains in unionizing some front-line service workers, most notably recent successful unionization campaigns at a number of Starbucks locations.

The diminished trust in institutions has been a truly bipartisan affair, as the Gallup survey found. As can be seen in Figure 2 (Gallup: Changes in Confidence in Institutions, by Political Party, 2021-2022), there were vast disparities to be found in terms of how Republicans, Democrats, and Independents feel about a whole range of institutions. Those numbers presented in white are areas where those from one of the three political perspectives were found to have a drop in confidence in a particular institution of ten percentage points or more year-over-year. The graphic shows that Republicans had a significant decline in their trust of

Figure 2 - Gallup: Changes in Confidence in Institutions, by Political Party, 2021-2022

the military, the police, and banks, while Independents lost faith - so to speak - in significant numbers in organized religion. The one area where there was an alignment across political perspectives was in confidence in two of the three branches of government. In point of fact, all Americans, whether they identified themselves as being a Republican, a Democrat, or an Independent, expressed a lack of confidence in “The Presidency.” Now President Joe Biden has almost historically low job approval numbers, but the fact that just 2% of Republicans - 2%, along with less than 20% of Independents, expressed confidence in this institution has to be a reflection of the political turmoil of the present day. Likewise, even before the end-of-term rulings where the Supreme Court overturned the longstanding Roe v. Wade abortion decision and issued other monumental decisions in cases dealing with gun rights and environmental regulations, the Gallup research (“Confidence in U.S. Supreme Court Sinks to Historic Low”) garnered a great deal of press when the organization released the fact that just a quarter of all Americans had confidence in the court as an institution (see Figure 3 - Gallup: Confidence in Supreme Court, 1973-2022). Ironically, the 25% approval for the court in 2022 is less than half

of the “peak” support for the court in the mid-1980’s and fully 20 percentage points lower than what it was almost five decades ago in 1973, when the Gallup survey regarding confidence in institutions was first undertaken and when Roe v. Wade was decided.

In short, what we appear to have today is no less than a true crisis of confidence seemingly everywhere in American society, with the American public saying that they don’t have confidence in their government, in the military, in their educational system, in the health care system, in churches, in the media, and yes, in many aspects of business today. Americans' confidence in specific sectors of business fell as well, as confidence in the banking industry fell from 33% in 2021 to 27% in 2022, and confidence in large technology companies (i.e. firms like Apple, Facebook (Meta), Google (Alphabet), Twitter and more) declined by 3 percentage points (from 29% to 26%) year-over-year. In fact, Americans’ confidence in regards to “big business” - generically - fell from 18% in 2021 to just 14% in 2022!

The one piece of relatively “good news” in what is, overall, a bad trend for American business could be found in how Americans regarded small businesses. While confidence in small business did fall year-over-year in the Gallup research (from 70% in 2021 to 68%), something quite remarkable happened as well. This was the fact that in 2022, small business became the most trusted institution in American society, overtaking the military! With the high regard generally for both active and veteran military members across our society, this finding is, to put it mildly, both surprising and important! This will be the focus of our analysis in the final section of this article.

What does it mean for small business to be the institution more Americans have confidence in than any other today? Speaking as a management consultant and professor, I believe that the impact is profound, as it says a number of things about where we are, both as a country and as a society, today. First, small businesses are, by definition, entities that are close to us. They are in our community. They are run by people we know. They have a direct impact on the economics not just of the town where we live, but through the jobs they create and the impact their spending has across the community, they help create a “rising tide” that helps lift many people and even other small businesses locally. Because the impact of small businesses is something we can see and feel much more readily than really any other of the institutions we encounter, the “closeness” factor probably has a great deal to do with the high ranking of small business. However, the confidence Americans have in small business does speak well for how most, not all of course, small companies are managed. In short, Americans would not feel good about small business, as an institution, if they did not have good personal experiences to draw upon as shoppers, diners, suppliers to and even workers for their local small businesses.

So what does the fact that small businesses, collectively, have become the most well regarded institution mean for the future? I think it bodes well for people, young and old alike, to want to make their career not just working in small companies, but to become entrepreneurs and start their own small businesses. I think that it also places a newfound responsibility on those who own and manage small businesses to take ownership of the very real newfound respect in which Americans generally hold small business. Being socially responsible, being environmentally friendly, being respectful of all members of society, regardless of their race, religion, economic status, sexual orientation, and yes, even their politics, will now be more important than ever. In the end, with confidence in institutions so low across the board in American society today, the millions and millions of those involved with and managing small businesses should take pride in the newfound regard for the importance of small businesses seen in the Gallup findings. Now, the challenge will be how can every small business, in its own way, help inspire not just consumers’ confidence in their own entity, but also in the broader community of small businesses into the future.

On a final note however, it should be concerning to all Americans, and especially those who hold a ranking position in any institution - public, private, or non-profit - that the populace really, really distrusts all organizations - and those in charge of them - to a great degree today! When you have this level of distrust in any society, there can be significant, even revolutionary consequences. And in an age where any institution, any entity, and yes, any person can be “taken down” with one slip, one social media post, one mistake - or even falsehood, all who hold power of any kind in an organization today should be concerned, and yes, more than a bit defensive, about how they conduct themselves and how their business, agency, enterprise, etc. operates. This “crisis of American confidence” in institutions is very, very real. And yes, it can be very, very dangerous for our future. While there is no solution and no “quick fix” to it, the best advice that I can provide is for all in charge of anything today, from a small business to a Fortune 500 company to a school district to a hospital to a major government agency, would be simply to try and “do the right thing” and to do good, as over time, this is the only path to regaining the trust and faith of the American citizenry.