by P. Chiperi 4 months ago in humanity
Runner-Up in We Have a Dream Challenge
Report Story

The Value of the Individual 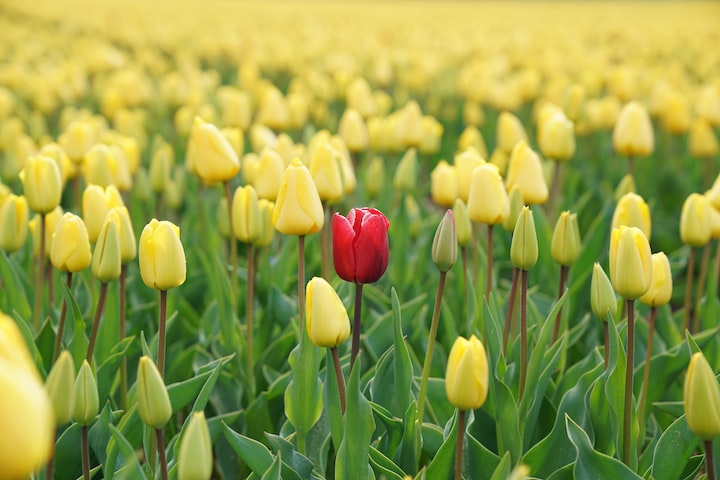 Photo by Rupert Britton on Unsplash

As a society, America is too focused on labels. For some reason, we constantly find the need to classify ourselves and others into neat little categories. We like to strip one another of what makes us unique and instead look for a common denominator, as if we are numbers rather than people. We classify ourselves and others by race, religion, sexual orientation, income, political party, ethnicity… The list goes on and on.

We stereotype ourselves and others as if there is some tried and tested rule that we must follow. Somewhere it must be written that I am no longer black if I like country music. Or as a young Jewish woman, I cannot find my Muslim neighbor attractive, right? Why is it that I can’t vote Democrat and be pro-life, or vote Republican and be anti-gun? Who says that because I was raised in the inner city, I must be uneducated, or being from a small town makes me uncultured?

It sounds ridiculous. We tell ourselves that others may think these things, but not us. We love that we are from a nation that is rich in diversity. Whether we’re considered a melting pot or a tossed salad, our variety makes us stronger. We’re a nation of immigrants and all are welcome. We don’t buy into the stereotypes, right? Yet, when we hear about the new girl at work, more likely than not, we contribute to the breakroom conversation that is centered around her outfit rather than the qualifications on her resume. After all, she’s too pretty to be smart.

So, where did we go so wrong? This is a country founded on individual rights. We pride ourselves on our independent spirit. Americans are taught from infancy that we should strive to be our best selves. Unlike other countries, we don’t have an aristocracy. As Americans, we believe that we are as good as anyone. Others may challenge this premise, but it’s a fundamental part of who we are; it’s one of our core beliefs. Ask children in other countries what they want to be when they grow up and you get answers like farmer, entertainer, or teacher. Noble professions, sure, but ask an American child and he or she will often have loftier goals: doctor, astronaut, President.

It is not that we are more ambitious than other nations. We just raise our children to believe that they can achieve their dreams through hard work and sacrifice. From kindergarten on, we teach our children about individuals that have come before them. We inundate them with riveting tales of American heroes that have overcome seemingly insurmountable odds. We tell of people who have sacrificed to achieve great things. We value people like Dr. Martin Luther King, who dreamt of a world where his children would be judged by the content of their character rather than the color of their skin. We teach of his dream, and we embrace his words. However, as a society, we must do more. We must rise to the challenge of those words and strive to make his vision a reality. The time has come.

Thus, in 2022, I vow to meet the challenge of King’s words. I will help create a kinder and more inclusive environment by recognizing the accomplishments of the individual over that of the collective. I will challenge myself to keep an open mind when meeting others and not resort to stereotypes. I will allow others to represent themselves in any manner they see fit. More importantly, I will resist the urge to put them into a box of my choosing and hopefully, I will resist the urge to put myself in a similar box. Ultimately, though, I will remember that like the heroes of history, Americans are individuals, and should be treated as such.

More stories from P. Chiperi and writers in Journal and other communities.