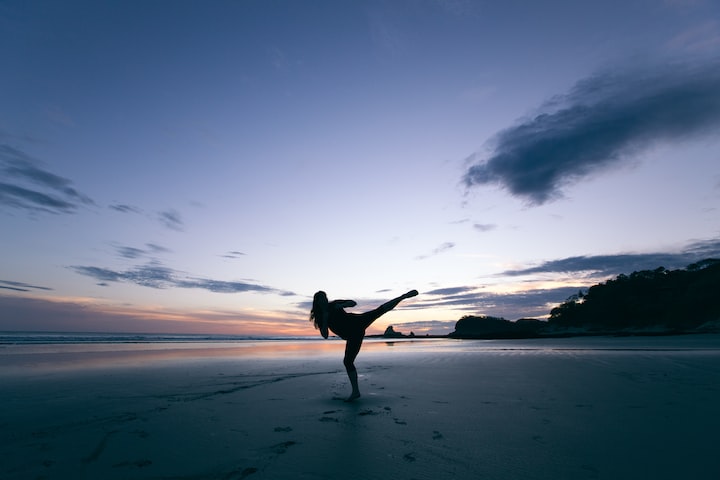 Photo by Jason Briscoe on Unsplash

Okay so my day started with a poetry warm up/edit, which is called “Confidence”.

Then I expanded upon my new characters through my side character theory from my last post and I’m happy that everything is flowing again. Now, I’m about to enter a chapter with some elaborate fight scenes, which has become my next research topic.

My research starts with returning to one of my favorite YouTubers, Hello Future Me, aka Timothy Hickson, who has done some incredible work on analyzing the fundamentals of storytelling. I highly recommend watching his videos if you love thorough video essays that are insightful and open-minded. He’s very inspiring and I think he recently released a book too.

Tim’s points on subjectivity reminded me that there are SO MANY different types of writing styles and fighting styles in literature and otherwise. I was trying to think where my novel series and its magic system fits on the spectrum. Sometimes it reminds me of Avatar The Last Airbender, sometimes it reminds me of Harry Potter, and sometimes it reminded me of any story with a magic user, really… At least I know I’m in the realm of fantasy, so that means I really have to keep what fantasy audiences are used to and what they expect, but I also want to hone in on character and narrative importance.

The magic abilities assigned to each character reflect their personality and develop overtime, but I almost bombard them with restrictions, not just for conflict, but for strategic problem solving. In the world setting of my story, everyone is a mage or a magical being and they are all part of various societies that have laws for and against particular paths of magic. There is a reigning government in place that most of the mages and magical beings respect, but there are some “outlaws”, for lack of a better term. So while I was thinking about the structure I have in place, I was also thinking about what makes a good magic battle. Combining my own imagination with Timothy’s advice, here’s what I came up with:

I hope that doesn’t seem repetitive, but I think magical sparring requires pacing and mental discipline. Similar to the sword fight examples from the video, I would think that even mages would want to disarm or defeat their opponent as soon as possible. With that in mind, I know I created my magic system and the fights to come to depend more on strategy, limitation, and resilience rather than flash, fluff, pizzazz, and over-powered annoyances. At least I hope that’s how it appears. I wanted to think of magic the way magicians are in reality. They use illusion, distraction, and their cleverness to make their audience believe they’re magic or at least convince audiences they saw the impossible and even that will be dependent on the character’s goals/importance.

I have to admit, watching these videos almost made me overthink my entire story, and it’s great because I think that means there are details I’ve overlooked that could’ve jeopardize my overall themes and it looks like the direction I’m going in is ensuring that every character has their particular power and style, similar to how Marvel and DC roll… That slightly bothers me. I mean, is it weird to be scared of the fact that there’s really nothing unique is there? Maybe that’s what I should take from this. Maybe I should realize that all fantasy writers have a structure for how their magic systems work and how their fighting styles are portrayed, but there’s always going to be something about it that references other works. I guess what I’m asking myself is… Am I trying too hard to be unique? And if I am, why the hell am I so worried when my writing style, world, and story in itself is my unique take on dark fantasy? Maybe I should keep in mind that the familiarity audiences will notice will give them something to ground themselves with and that’s what will keep them invested, but my uniqueness will keep them intrigued? Is that arrogant? Ugh…

I don’t know how I went from studying fight scenes to entertaining an existential worry (aka that damn imposter syndrome), but I’m glad I explored it. There were many writers in the past, referenced in this video even, who may have not been aware of how fight scenes and magic systems are “supposed” to be done. They just did it and accumulated their experience from there. *takes a deep breath*

Okay, so returning to fight scenes, I think I learned a hell of a lot from these videos and a good start would be looking at the bare bones of structure and word choice in my upcoming chapter. Tomorrow, I’ll read it over and decide what’s working, what’s not, and how to progress.