My Side Characters Kinda Suck, But I Can Fix Them - The Violet Project Diaries - Entry 9 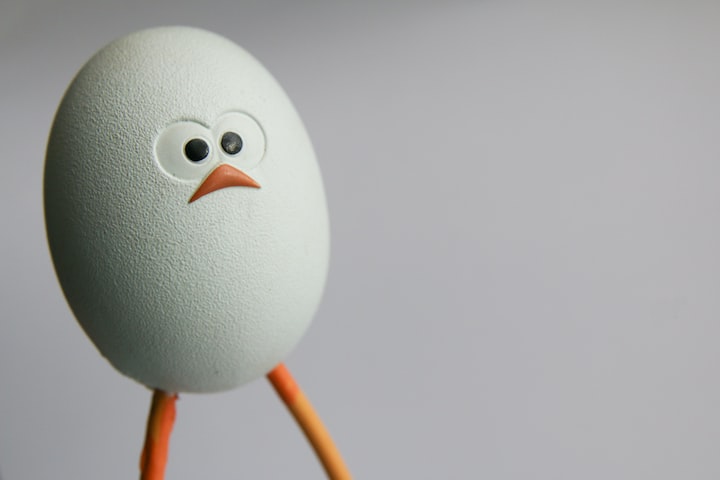 Last year I spent a great deal of time studying Bram Stoker’s writing style, specifically Dracula. In my article “Three Essential Writing Techniques from Stoker's Dracula and the Epistolary Narrative”, there’s a section breaking down the use of distinctive tone in every character’s voice. I feel like this is one of those things that is probably considered obvious to most writers, but I’ve seen writers slip up on this, including myself. I’m in a part of my novel right now where a new group of characters are being introduced and I’m worried. Some voices are distinct, while others replicate characters introduced earlier. So…what to do? Do I just compare and contrast? Be picky about my diction during the dialogue? I’m trying to keep in mind what I wrote before:

“Comparing the tones of each character will show you the range of perspective in the story and how their views on one thing ultimately brought them together, thus progressing the plot. When we write a story with multiple viewpoints, we can ensure a purpose for every perception through tone.”

Okay, that will be my goal for today then. Range. Purpose. I can do that.

My first draft rendition of introducing this new group of characters reminded me how sinful it is to write cringy dialogue and that my characters should have purpose or just not exist at all. I don’t mean to be too hard on myself considering it’s the first draft, but I was disappointed to read this scene of diverse characters introducing themselves with a silly/comedic camaraderie and then turning out to be kind of overpowered later. I already know my anime-brain took the lead on this. Now current me has to deal with characters whose purpose is poorly translated. While keeping my focus on making sure the voices of these characters were definitive and believable with their personality, I thought more critically about the development of side characters.

If you read on and think “Duh, Kris, that’s the basics of making a character,” I bet you can’t look me in the eye and tell me that every time you’ve written a work of fiction, you put is as much effort into the side characters as you did the protagonist and antagonist. Admit it. Our main characters get the most attention.

First, a side character should be impressionable. Clear and impressionable expression, whether it be through style, status, or speech, is the first thing audiences notice. This stems from how most of us think we know what kind of person we’re talking to based on the way they’re dressed, the way they speak, and who they are. Too many side characters have gotten that “Soldier A” treatment, which is when a character is made and/or sacrificed for the sake of progressing the plot; they’re literal pawns. I think to avoid that is to make it so your side character has a visual or auditory trait that frames their personality generally. I have some characters who are hybrid species, some who are more machine than flesh, some who talk as if they’re the smartest ones in the room, and some who have their bright personality literally shine through their outfit choice.

(Below is a silly animation for the song "Soldier A" by voice actor Vic Mignogna.)

Next is the side character’s relations. In many cases, the audiences prefer the side characters over the protagonist due to relatability, but when you focus too much on relatability, you’re stepping into the dangerous world of clichés. Sometimes the more cliché side character is likable because of their familiarity: the hero, the heart/healer, the tank, the magician, the goth, the nerd, the jock, the dark horse, the joker, the villain, etc. Mixing and matching archetypes sparks the intrigue and their relationships maintains their interest when the structure of the their relationship is founded by a familiar theme, like friendship, past trauma, ambition, recognition, manipulation, trust, autonomy, love; it goes on forever. I’m not suggesting be different for different’s sake. Just trust your own originality enough to give your side character solid, believable relationships with other characters.

Last is the lifespan of the side character’s influence. In A Game of Thrones, Joffery Baratheon’s death was well timed. That horrid prince was well protected, so it seemed any attempt to get rid of him wouldn’t work, but when he finally died, it was such a relief. This is more of a literal example of the lifespan of a character’s influence. Joffery’s influence became concerning to readers because the establishment of his impressions and relations with other characters was powerful. Almost every action he took for or against another character had affective influence, meaning his actions rooted from an emotional state and influenced other characters. I know you may think that’s another “Duh!” in the writing community, but how many times have you seen side characters pop up in a story just for the sake of infodumping, acting as the scapegoat, or becoming the love interest? That’s a side character with a poor amount of affective influence due to having no substantial desire. Compare that to a detective/film noir piece where the protagonist has to consider how much influence every side character has on the mystery at hand. Those side characters have moderate to high affective influence since their motives can change the course of the plot. Going back to the A Game of Thrones series, a story drenched in power struggles, most of the characters lose or gain influence throughout the plot, complementing the emotional investment demanded of the audience. Joffery and Cersei had incredibly high affective influence, so when their power grew, diminished, or died, the power struggles and status of other characters followed suit those progressing the plot.

I’m hoping that make sense. I’m not claiming to be a character design expert or anything. This is more of a theory I developed when I realized how disappointing my new side characters were. Here’s hoping I take my own advice well. I’m sick of side characters having their authenticity robbed for the sake of shallow comedy or a short-lived tragedy. We determine how we feel about people in almost the same way: first impression, relationship status, and their affective influence on us and others. Why wouldn’t we design characters in the same respect?