Panic! at the Disco is ending after nearly two decades

"Panic! at the Disco to End Successful Run After Almost 20 Years" 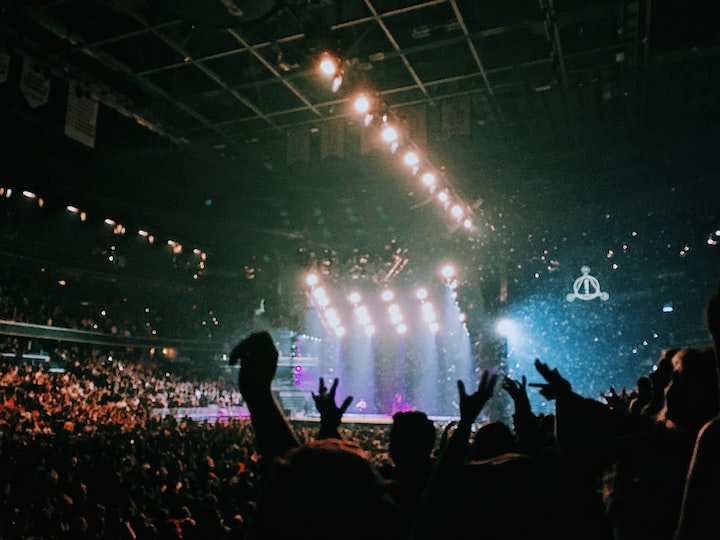 Photo by chloe s. on Unsplash

Panic! at the Disco is an American rock band that has been entertaining fans for nearly two decades. The band formed in Las Vegas, Nevada in 2004, and has been active ever since, releasing six studio albums and touring extensively across the globe. However, recent reports have surfaced that the band is planning to end its run after nearly two decades.

Panic! at the Disco rose to fame with their debut album, "A Fever You Can't Sweat Out" in 2005, which featured the hit single "I Write Sins Not Tragedies". The band's unique blend of rock, pop, and theatrical elements quickly made them stand out in the music industry, and they have since gained a large and dedicated fanbase.

Over the years, Panic! at the Disco has undergone several lineup changes, with vocalist and songwriter Brendon Urie being the only original member remaining. Despite these changes, the band has continued to evolve and grow, releasing hit after hit and constantly pushing the boundaries of their sound.

Their latest album, "Death of a Bachelor", released in 2016, received widespread critical acclaim and earned them a Grammy nomination. The album features hit singles such as "Victorious" and "Hallelujah", and solidified their place in the music industry as a force to be reckoned with.

Fans were shocked to hear that Panic! at the Disco is ending after nearly two decades. Some speculate that this decision was made due to creative differences among band members, while others believe that it is simply time for them to move on to new projects. Regardless of the reason, it is clear that the band has made a significant impact on the music industry and has left a lasting legacy.

Panic! at the Disco's music has been a source of inspiration, comfort and entertainment for many fans, and their decision to end the band is a difficult one for many. The band has been a constant presence in the lives of many, and their absence will be felt deeply. It is not known yet when the band will make their final performance, but fans are eagerly awaiting the opportunity to say goodbye to the band and thank them for the memories they have given.

In conclusion, Panic! at the Disco has been a highly successful band that has made a significant impact on the music industry. Their unique blend of rock, pop, and theatrical elements has made them stand out, and their decision to end the band after nearly two decades is a difficult one for many fans. The band has left a lasting legacy and will be remembered for their contributions to the music industry.

Despite the fact that Panic! at the Disco is ending, fans can take comfort in the fact that the band has left behind an extensive catalog of music that will continue to be enjoyed for years to come. From their debut album "A Fever You Can't Sweat Out" to their most recent album "Death of a Bachelor," Panic! at the Disco has consistently released albums filled with hit songs that have become staples on the radio and at live shows.

In addition to their albums, the band has also released a number of EPs and singles that have further solidified their place in the music industry. Their iconic hits like "I Write Sins Not Tragedies," "Nine in the Afternoon" and "High Hopes" have become crowd favorites at their live shows and continue to be played on the radio to this day.

The band has also contributed to the music industry in other ways as well, such as their live performances, which have always been a highly anticipated event among fans. Panic! at the Disco's live shows are known for their high energy, elaborate stage production and theatrical elements, which have made them a memorable experience for many concert-goers.

Despite the fact that Panic! at the Disco is ending, the band has left behind a lasting impact on the music industry. The band's unique sound, iconic hits and memorable live performances will continue to be enjoyed by fans for years to come. Their decision to end the band may be difficult for fans to accept, but it is important to remember the memories and contributions they have given to the music industry.

The band members have not announced their future plans yet but some of them might pursue solo careers, start new bands, or get involved in other music related projects. The band members have been in the music industry for a long time and their talents will not be wasted. Fans can look forward to new music and new projects from the band members in the future.

More stories from tanay lonare and writers in Journal and other communities.