Outline vs Freeform; which do I do? 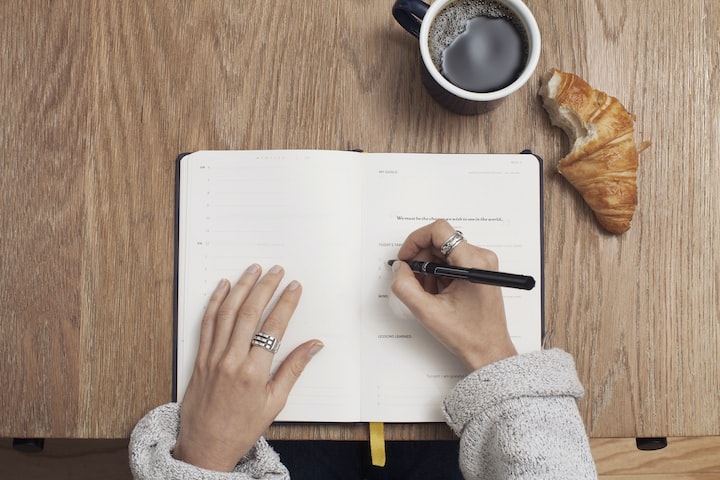 Photo by Cathryn Lavery on Unsplash

So this is a question that I have heard from multiple places over the time I've been writing, including once from a panel at a writer's workshop I attended a few years ago, and have heard multiple answers for it. I've even wondered it myself.

Is outlining your story or doing it free hand better?

Well, I think the answer to that question totally depends on your personal preferences and which method blends better with your brand of creativity. But I will discuss the pros and cons to both styles and let you decide.

Outlining is basically drawing up a plan for how you want your story or essay to progress before the writing begins in an organized fashion. It's kind of like a map you create, only instead of it being a guide around town, it is a guide to the story or essay in your mind. Unlike an actual map, you can either stick with it, or tweak it as you go.

If it's an essay, you'd jot down the introduction, main points, supporting evidence and conclusion. If it's a book, although there is much overlap in the outlining, instead of supporting evidence, it would be subplots. You also would write down character arcs, plot twists, and whatnot.

I personally don't prefer this method for my creative stories, as I feel it confines my imagination, but have used it for school assignments to help me narrow my focus for whatever topic I was writing on.

The one exception to me would be when it comes to ghostwriting, creative or not. Since it technically isn't going to be your story and there are often deadlines, I'd use an outline, whether you have to create it or the person hiring you already has one drawn up.

However, I've talked with and heard from some writers, and they find that the structure of an outline actually allows them to be creative without them getting lost.

Which brings us to freeform writing.

Freeform writing is what you might call organic writing. You let your story write itself through you with what I like to call your writer's instinct. This way allows you to find out cool facts about your story, characters, and so much more as you develop your story.

It's what I'm doing with my Shadow Academy chapters, if you've read any of them, the story having been an idea kicking around in my head for a while.

This is also the method, from what I have learned, fiction writers tend to lean to, not all of them, but many of them.

Now this is the method I use for all my creative pieces, but don't mistake freeform for not having a plan, because I always have an idea about what I want to happen, then go off from there. I just like finding out the details as I go.

And I have to say, parts of my stories have taken unexpected and surprising turns along the way that have ultimately added to the overall stories. I've discovered interesting subplots, surprise twists that shocked me, even new characters sometimes.

Writers instinct for the win!

It brought in opportunities I may have missed out on in an outline. And it was because I didn't plan it, it naturally happened. So in other words, freeform is a lot like life.

On the other hand, freeform writing can cause you to go completely left field in your projects if you're not careful. Fiction isn't as big of a deal, although you might veer away from your original idea entirely, but depending on the essay, it might not benefit you.

But please don't start a fight with someone over this because they may have a different opinion than you, since neither is wrong or right.

Whichever method you prefer, your story or paper is going to need infrastructure or else it's not going to work for you. I've had a few flop pieces because I had no plans going into it.

You have to have some type of plan, whether you jot it down in an organized outline, or have it in your head as you freeform it. You just have to decide how to go about your plan.