Modernism in Architecture: An Evolution in Design

by Jonathon Deakins 2 years ago in history
Report Story

Modernism in Architecture: An Evolution in Design 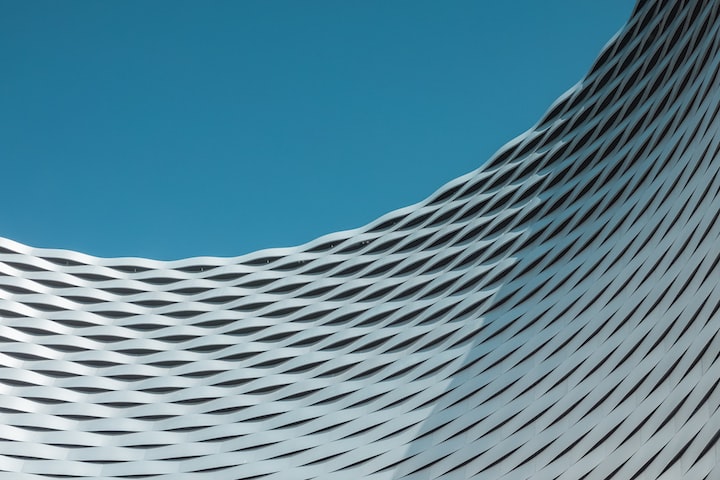 Photo by Maarten Deckers on Unsplash

Most scholars trace the roots of modern architecture to around 1850, when the period marking the Industrial Revolution (around 1760-1840) had ended. Human societies were already enjoying the fruits of the mechanisation process, and numerous industries were thriving.

People flocked to the cities or urban centres in search of livelihood even as the machine began taking over manual labour. The rising urban populations and the widespread use of coal led to a host of problems including pollution, poverty and overcrowding in cities.

This provided the backdrop or the environment within which the modernist movement grew. Modernism pervaded both philosophy and art, so architecture was no exception. Through modernism, architects of that period used their designs as vehicles of expression.

Most of them felt that architecture failed the people by not meeting their needs in terms of their habitat. To address this concern, modernist architects proposed that through the application of new design features, they could provide liveable spaces for people.

Principles of modernism in architecture

Although modernism began in Europe, particularly in France, Great Britain, Belgium, Austria and Germany, it gradually spread to other countries like the United States and Canada. The characteristics of the modern architectural movement were a direct response to the ill effects of accelerated industrialisation and the sweeping social changes that followed.

So, in contrast to the traditional architectural styles that tended to be ornate and decorative, modernism was a conscious rejection of the old ideas, designs and styles. Instead, the emphasis was on simple lines, functionality and rationality. The aesthetic of modern buildings can be seen in the use of plain geometric or angular shapes, flat roofs, and functional open interior spaces.

Modernism also made use of new materials that were lighter and stronger, such as reinforced concrete, cast iron and plate glass. With these new materials, modernist architects were able to build taller structures that were also sturdier.

The innovation in technology and materials for building construction eventually led to the making of the first-ever steel-framed skyscraper. The ten-storey Home Insurance Building located in Chicago was built in 1884 by William Le Baron Jenney. Another notable modern edifice that was then the tallest structure in the world was the Eiffel Tower in Paris, unveiled during the 1889 Paris Universal Exposition.

Moreover, development of new materials and improvements in building techniques drove the movement further away from the prevalent neoclassical and eclectic models dominating European and American architecture in the late 19th century, including eclecticism, Victorian and Edwardian architecture.

Charles-Édouard Jeanneret, better known as ‘Le Corbusier,’ is one of the pioneers of what is now known as modern architecture. According to the Swiss-French architect and designer, 'a house is a machine for living in,’ meaning a well-designed building has a pure form that is functional, just like a machine.

The same thought was held by early modernist architect Adolf Loos, who believed it to be a crime to waste money, labour and materials. To the modernist ethic, ornament is useless or has no place and value in modern society.

The founder of the famous Bauhaus design school, Walter Gropius, was the first to use modernist architectural features like the glass curtain wall in the Fagus Factory (1911). Frank Lloyd Wright, who disliked being labelled or associated with a specific design movement and was a proponent of organic architecture, was another influential figure of the movement.

Aside from the Eiffel Tower and Home Insurance Building, modernist architects have produced several iconic buildings that best exemplify the characteristics of modern architecture. These include:

World Trade Centre in New York: Designed by Minoru Yamasaki of Japan, the WTC was built between 1966 and 1971. It was built using steel frames and featured curtain walls and concrete slab on steel truss joist construction.

BT Tower (aka the GPO Tower, Post Office Tower and Telecom Tower) in London: The BT Tower, which featured aerial rigging, was designed by Eric Bedford and completed in 1964.

United Nations HQ in New York: The towering UN headquarters was designed and built by Oscar Niemeyer and company in 1952.

The Louvre Pyramid in Paris: The large metal frame and glass pyramid of the Louvre was designed by I. M. Pei and finished in 1989.

Today, even with the advent of new design trends, modernism remains to be a major influence in architecture and design.

If you’re after innovative and creative architecture, contact Buck and Simple – an architecture company in Sydney, Australia that’s known for pushing the boundaries of design and combining the best elements of different architectural styles.

More stories from Jonathon Deakins and writers in Journal and other communities.