Memoirs of an Uber Driver From Melbourne

by Dr Joel Yong 2 years ago in workflow
Report Story 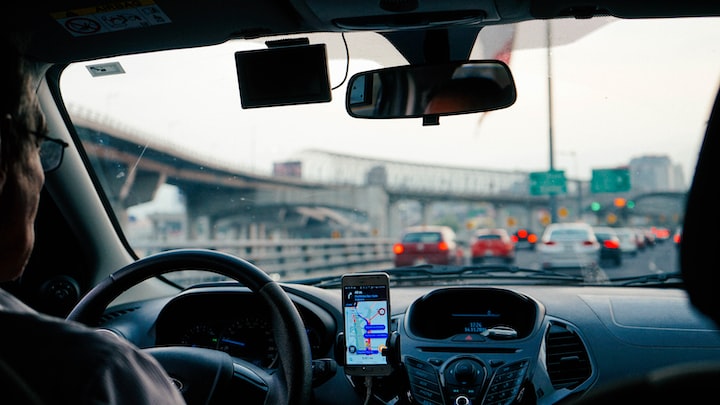 While I was completing my PhD thesis at the University of Melbourne, I had this thought process going on in my brain:

ONE — IT’S ALWAYS ABOUT THE MONEY, WE’RE NOT OPERATING AS A CHARITY

And off we went. It was a whirlwind episode of fun, laughter, toil and tears in Melbourne from 2015 to 2017. The situation then is completely different from the situation now, so what one picks out of here may no longer be valid. There were many stories to tell during this period of driving, but the central theme in all of them was… Money.

While taxi drivers may vilify Uber drivers for stealing their business, they know that they have something in common with an Uber driver: they do need to make money out of doing their work.

That’s the main reason why taxi drivers hate doing short trips. The meter can jump really quickly as one speeds down the freeways at 100 km/h instead of being stuck in city gridlock at 10 km/h tops. The opportunity cost of missing out on a 40 km trip while being stuck on a 4 km trip can lead to a serious case of FOMO (fear of missing out) too.

Add to that the concept of dynamic pricing and multiplier surge, and surging trips had the potential to pay out at A$2–3.50/km and A$0.60–1/min… provided one knew how the surge algorithm was working!

Which a group of us did. We figured out the hot spots, where it would surge, and where to take requests from. In Melbourne, we were staking out Chapel Street in South Yarra/Prahran at 4am on Monday mornings on a regular basis. This was because:

Revolver (and other nightclubs on Chapel Street) were Uber hot spots. The patrons would usually empty out at 4–5am on Monday mornings, and their bookings out of Revolver would drive up the demand, and hence dynamic surge pricing would kick in.

The trick then was to stay near to Revolver, but sniff out the high rated requests coming from nearby residential suburbs. Why? We didn’t want drunks or inebriated people in our cars. We wanted the passengers going to the airport — they were either rich enough or corporate passengers travelling on business trips who wouldn’t mind paying 2x surge prices to the airport. St Kilda, Armadale, Toorak, South Yarra and Malvern were prime areas for such requests. As 6am would be the first flight out of Melbourne to other major Australian cities, we would therefore be fishing for such airport requests. Ignoring or declining requests from Chapel Street (which usually went short) would not penalise us under Uber’s rules, only excessive cancellations would get us in trouble.

If the trip request that we got on a good surge was going short, we would stay within the hot spot zone. No worries. Try and try again. If it was going to the airport, end the trip at the airport for $70-90 and run back empty to the hot spot again, because 8.30–9am would be the last window to score another big airport run at good surge.

After 9am on weekdays, most people would be in the office. As such, there would be less demand for passenger transport. However, businesses would be constantly running a stream of deliveries from point to point. Flowers, cakes, locks, keys, you name it. There were also other on-demand apps that provided such services. These services, depending on the urgency required, could fetch higher prices than Uber trips.

Plus, there was also the opportunity to squirrel away the cargo and take an Uber trip going in the same direction, if one was smart and knew how to use the destination filter to their advantage. That happened with me before, when I took a flower box for delivery with a detour to the airport to drop off Uber passengers.

Stacking delivery requests was also pretty fun. Especially when one was lucky and could get 4 requests from one suburb going to the same (or neighbouring suburbs). Doing 1 trip for the price of 4 was extremely worth it.

When Uber Eats came along, we’d also play with Uber Eats. The rates were higher than Uber X and the trips were shorter. I used it to fill time when I had an hour to kill before meeting someone. Some trips were of walking distance, so we of course used it to get some exercise. Why not? The minimum payout at that time was $9.20. I didn’t mind walking a 300 metre delivery for $9.20.

TWO — OUR RESPONSIBILITY IS TO GET YOU FROM POINT TO POINT, AND THAT’S IT

I’m not going to wait half an hour for you to do grocery shopping, because it’s not worth the money to wait.

Providing water, mints and aux cords is also an extra cost to me, so I don’t provide them.

Uber used to suggest that we provide them for 5 star ratings. The last I heard… Stars don’t pay the bills. I can’t use them at supermarkets or for refuelling. As long as my rating is maintained at a point where I won’t get deactivated, and as long as I’m not rude to any riders, life is fine for me.

Nope, I don’t call you when I’ve reached, either. That’s my phone bill at work there. The app will notify you that I’ve reached your pickup point. If you take 5 minutes and 5 seconds to get to me, you will be charged a cancellation fee for wasting my time. Calling is only reserved for surge requests 2x and up, because I want to preserve that request and prevent you from cancelling on me.

When I say cash is king, I mean that I appreciate any cash tips or private arrangements with current customers for future runs.

In Melbourne, commercial insurance is mandatory for any vehicle that is used for ridesharing purposes.

Ridesharing drivers are classified as independent contractors, and can set their own rates and write out their own tax invoices.

One reason why we liked the corporate customers, especially if we could get them as repeat customers — we could quote them Uber prices, and issue them official tax invoices. But Uber would not see a single cent of it.

Uber appeared on the scene to disrupt the taxi industry. However, it forgot one thing: A disruptor can itself be disrupted anytime. Most drivers don’t disrupt Uber because they tend to have the fallacious assumption that Uber is their employer, even when Uber has repeatedly insisted that drivers are but “independent contractors”.

FOUR — THE CANCEL BUTTON IS AN UBER DRIVER’S BEST FRIEND

My car, my rules. I’m not obligated to take everyone. I’m not going to take drunks who can’t even stand up straight, because one barf and my night is gone.

I’m not obligated to take people who call me on the phone and chase me to hurry up when I am 3 minutes away. Your failure to plan does not constitute an emergency on my part. Give me attitude? You’ll be later now once I press the cancel button.

I’m not obligated to take underaged children who do not have the proper child seats with them. Because I do not want to be part of any situation where I get a fine for not ensuring that the child had proper secure seating; neither do I want to be involved in a court case where there was a vehicle accident involving me and a child who was not in a properly secured seat.

The next driver can worry about them. I’m in self-preservation mode. I’m not in a charitable mode when I’m driving, because it’s about the money, remember?

With the cancel fee, it is sometimes more profitable to cancel on a request than to pick up and complete that request. Or, if it really is a busy period, I would just cancel without charge and get the next ping. Time is money!

FIVE – WE USED THE RATING SYSTEM AS A GAUGE OF PROFITABILITY

As I mentioned earlier, stars have near-zero value, really. They do provide a gauge of how likely a trip is to be profitable, however.

What frustrated drivers did in Melbourne was to knock down the ratings of people who were just catching short rides from their home to the nearest station, because it really is an inefficient use of time to earn $10 for 20–30 minutes of work, including driving (unpaid) to the rider’s pickup point.

That meant that a frequent station rider would be lower rated than a frequent long distance airport traveller. The rule of thumb was to accept only good rated riders (4.8* or more) during the morning surge runs.

On weekends, though, ratings didn’t matter as much. The value of the surge multiplier was much more important! This we knew – most good rated passengers were polite. Apologies, though, politeness does not equate to profitability in my book.

I look back on those days fondly, even though it did wreak havoc on my health (I did gain weight and my sleep cycles were disturbed), especially on those late night food hunts as we ended up in different suburbs at 2am.

However, the adrenaline rush on seeing a triple digit surge trip payout (which we called unicorns) was awesome.

Unfortunately, now, I hear, surge is becoming a thing of the past. Good thing I was there while it lasted and capitalised on some of it.

Those were the days. There are still smart drivers out there who are providing service differentials and pocketing the money that Uber would otherwise be making from them. That's the best way to go about doing things as a self-employed driver.

More stories from Dr Joel Yong and writers in Journal and other communities.