Less-Known Alternatives to the Seven Wonders of the World

The seven wonders of the world were coined in 2001 in place of the original list made more than 2000 years ago to capture the magnificent ancient sites. 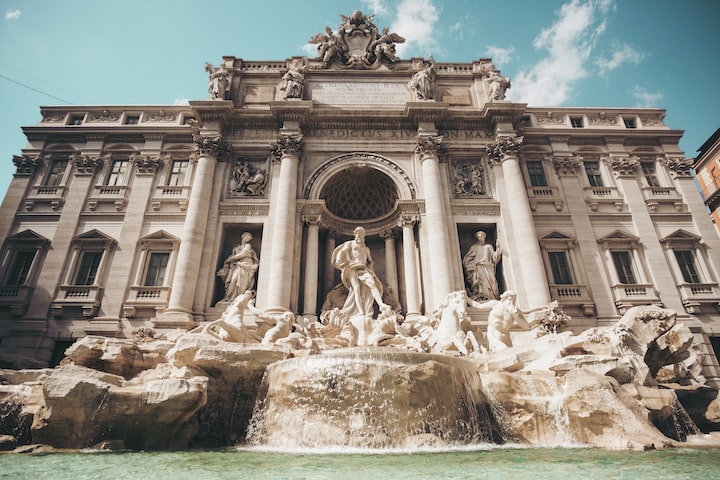 Photo by Cristina Gottardi on Unsplash

While these spots are a must-see, they are often overcrowded and can be quite costly. That’s why we present you with seven alternatives to the wonders of the world that are just as breathtaking and bucket-list worthy but less-known.

Instead of the Colosseum, visit Verona Arena

Transcending the drama of ancient Rome, imbued with gladiatorial games, Classical plays, and animal hunts, the Colosseum in Rome, also known as the Flavian Amphitheatre, is an iconic monument of Roman history.

While it offers an immersion into the largest amphitheatre in the world, there are many other well-preserved Roman amphitheatres that carry the same legacy. Such is the case with Verona Arena. Built in the 1st century AD from Veronese marble and known as the third largest amphitheatre at that time, it has become a symbol of the city. Being able to hold up to 30,000 people, ancient entertainments, such as gladiator games, have taken place in the arena.

Today, the amphitheatre serves as a touristic monument and a concert hall. During the day, tourists can climb to the top level and view the full stadium. At night, it’s lit and can be seen in its specular glory. Throughout the day, Verona Arena is home to splendid operas and open-air performances, preserving the architecture and the spirit of the amphitheatre.

This is the perfect spot to capture your city-dwelling ambitions and thirst for culture. Embrace the romanticism of Verona Arena in a trendy outfit featuring a long coat and women's boots – the ideal setting for your Instagram feed.

The purpose of the Great Wall of China was to protect the Northern part of the country from invaders. The project was finished in 220 BCE under the rule of China’s first Emperor, Qin Shi Huang. What’s impressive about it is its length, spanning 13,171 miles.

While it’s definitely worth seeing, you can escape the crowd and walk in peace along another wall that’s as stunning and historically significant – the Great Wall of India. Known as Kumbhalgarh Wall or Kumbhalgarh Fort, it is located in Rajasthan amongst mesmerising forests and mountains. Built in the 15th century, it is 20 miles long and is the second largest wall in the world. Home to about 300 ancient temples, Kumbhalgarh Wall is a truly magical place that’s less popular amongst tourists and offers you an immersion in nature and India’s history.

Instead of the Taj Mahal, visit Humayun’s Tomb

The Taj Mahal has a heart-melting story. Mughal emperor, Shah Jahan, built the temple as a tomb for his beloved wife Mumtaz Mahal, who died in 1631 during childbirth.

But the Taj Mahal isn’t the only emblem of Mughal architecture and an awe-inspiring story. Eighty years before it was built, Humayun’s Tomb in Delhi became the first-ever mausoleum synonymous with this type of architecture and is now a UNESCO heritage.

In the cells of Humayun’s Tomb are buried over 150 Mughal family members, and it’s no surprise that the garden-tomb is also called the ‘dormitory of the Mughals’. Emanating the legacy of the Mughal family, the mausoleum is a precedent in Indian architecture and a monument that’s not to miss.

For nearly a century, Christ the Redeemer has been known as the tallest statue of Jesus Christ in the world, standing more than 30 meters tall over Rio de Janeiro, on the top of Mount Corcovado in Brazil. Built in 1931, it has become an iconic symbol of Christianity and hope after the First World War.

However, in 2010, a new statue of Jesus Christ was built in Świebodzin, Poland – Christ the King. Standing 39.6 meters tall, it dwarfed Christ the Redeemer.

Today, a new world record has been set by Christ the Protector located in Encantado in Brazil’s Rio Grande do Sul. Completed on 22nd April 2022, Christ the Protector is now the tallest statue of Jesus Christ at 43.6 meters, echoing the Art Deco style of Christ the Redeemer but executed in more detail.

The aim of the project is to enhance tourism in the area, and you can be one of the first visitors to witness the iconic monument.

Instead of Machu Picchu, visit Kuelap

A true rival to Machu Picchu is Kuelap in Peru. Often referred to as Peru’s “Machu Picchu of the north”, Kuelap is located on a 3,000-meter hilltop and was formerly inhabited by the “cloud warriors” of the Chachapoya culture.

What’s astonishing about Kuelap is the circular ruins on three levels containing over 550 structures. Just like Machu Picchu is a symbol of the Incan culture featuring intact remains of temples, homes, and plazas, Kuelap is a doorway to the Chachapoya culture.

The picturesque hike to Kuelap definitely rivals the famous Incan trail to Machu Picchu. Moreover, accommodation in the area is cheaper, making it an ideal alternative to the wonder of the world.

Instead of Chichén Itzá, visit Uxmal

The Yucatan Peninsula in Mexico is bestowed with ancient Mayan sites, the most famous of which is the Chichén Itzá. Impressive in size and home to a series of temples and monuments, it is most famous for the El Castillo temple, whose walls reflect the sun to form intricate serpent shapes.

But Uxmal is just as impressive, astonishing not so much in size but the intricacy of the stonework. The pyramids are nestled between the trees, creating a truly magical atmosphere. The Adivino, also known as the Temple of the Magician, is the most striking pyramid in Uxmal and the only Mayan pyramid with an elliptical shape rather than a rectilinear one.

Designated a UNESCO World Heritage site, Uxmal is a magnificent Mayan site in the Yucatan Peninsula that offer awe-inspiring sights and fewer crowds.

Instead of Petra, visit Al-'Ula

Petra, the ancient city in southern Jordan that dates back to 312BC, attracts thousands of tourists with golden-hued architecture, cliff views, and the opportunity to sleep under the stars.

But Petra isn’t the only way to see how ancient civilisations lived. Al-'Ula in Saudi Arabia was built in the 13th century and was the capital of the ancient Arab kingdom of Lihyan. This beautiful oasis prospered due to its location around fertile soil and a plentiful supply of water.

It is believed that the prophet Muhammed passed through the oasis in 630 AD on his campaign to Tabuk. After that, the town declined, only to be rebuilt again around 1230 AD atop the former ancient city. For many years it prospered again until it was abandoned in the middle of the 20th century.

Today, Al-'Ula is a little-known alternative to Petra and a window to ancient civilisations.

The world is full of wonders, beyond the ones on the original and alternative list. While we might be unable to tick them all off, getting close to at least one of the world’s gems fills us with joy and amazement for the Earth’s bounty.

More stories from Faye McCullagh and writers in Journal and other communities.