It's Not Always About the Grind

Rest is Ok Too 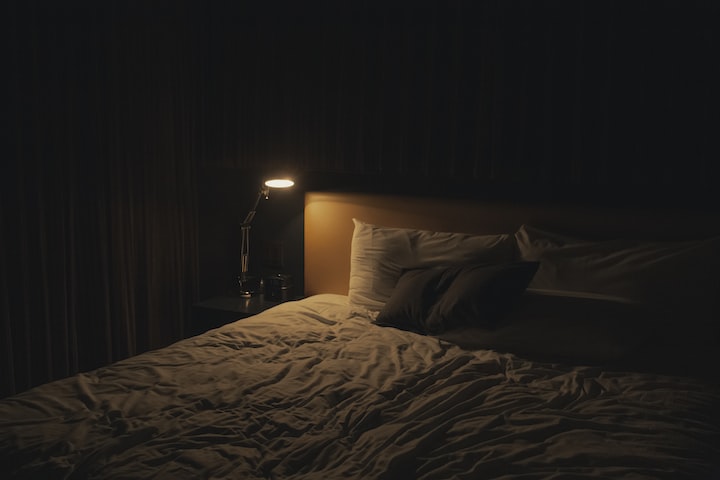 I’ve never prioritized rest or sleep. It’s all about the grind, as they say. You won’t get far in life if you don’t work hard, you’ll get no where in life. Sleep is for the weak, if you rest, you won’t accomplish your goals… who decided to fill our minds with such nonsense?

I always thought if I worked hard, eventually it would pay off. If that meant working more, doing more schooling, studying more, it didn’t matter; I did it. I would spend hours at the library, working on assignments, and studying for tests. I picked up more hours at work, and even found myself working three jobs whilst attending school full time. But that was going to get me places, right? I was often complimented on my worth ethic, and how I never slowed down. I was praised but taken advantage of. It felt great, to feel so accomplished, and to feel like I was valued because of the hard work. It felt great, until it didn’t.

My first part time job started when I was 15. I truly didn’t know what I was getting myself into. I spent ten years of my life there, before finally moving on, truly learning life lessons and making friends and enemies along the way. I suppose this is where it first started, my need to succeed, and the strange feeling I got if I had nothing to do.

In high school, I played hockey, on two teams. Went to school, five days a week. And of course, I worked, around 10-15 hours weekly. There were practices, games, workouts, homework, and studying that came along with that. There were plenty of late nights spent at the rink or hitting the books. But hard work is what gets you places, they told me.

University brought its own challenges. Whilst trying to attend school full time, the hours at work began to pile up, until one day, I couldn’t do it anymore. I dropped out of school, two years into my degree, because the stress was piling, and I was breaking. I wish I could say I learned my lesson about burning the candle at both ends, but I think we all know the answer to that.

I wanted so desperately to be accepted, and to be appreciated by people. I thrived to work hard, as hard as I could to appease them. I would go in for extra shifts. I would stay late, not even getting paid for my efforts. I’d go in on my days off or bring my work home with me. Can’t say I really learned, did I? But working hard will get you places, right? Companies value those who work hard, and stick to the grind, right?

There would be weeks I would work every day. Days where I would work from sunrise to sunset. But taking time off wasn’t going to get me anywhere, right? If I came and worked as hard as they wanted me to, taking no time off for myself, that was fine right?

And then there was the day when my world came crashing down. The harsh and brutal realization that I had been used for almost my entire working career. They had me working hard, extra hours, above and beyond my job title, and for what? So, they wouldn’t have to hire someone to do the job and pay them a proper wage, so they would be able to get away with not disciplining the bad employees because hey, I was there to fix the mess so no need to do that, right? I had worked, and exhausted myself both physically and mentally for years, watching my teen years and early twenties go by all to accomplish something that was never going to happen in the first place. I watched friends have fun, taking trips, vacations, and days off with family. I watched as I slowly slipped away from my circle of friends, never getting invited because hey, I was the one who was always working without a day to myself. I missed out on such an important part in my life because I truly believed in not resting or sleeping. I remember a time I would work overnights, and I’d find myself awake for over 24 hours. My record was 56 hours with no rest; but that’s not something to brag about.

That’s why I want to make 2022 my year. I typically don’t make resolutions, because typically you’ll try it for a month before just brushing it off to the side. It’s not a resolution perse, because it is a life change. A very necessary life change. The way the world has been going has been an exhausting ride, I think we can all agree. So, I’m making some changes.

Every night, I aim to go to bed around the same time. There will of course be special occasions, but for the most part, the same time every night I’ll begin my wind down. After all, the more you do something, the more likely it will become a habit.

Getting outside for a walk has got to be one of my favorite things to do. But in the wintertime, especially in Canada, this can be sometimes hard to do. In lieu of walking, if I’m not able, I aim to exercise each day for at least 30 minutes. Something to get my heart rate up, and to focus my energy for a little bit.

I have an addiction, and it’s getting bad. At work, now that I have swapped out my fast-paced retail job for an office gig, I find myself drinking a lot more pop than I ever have. It can’t be good for my stomach, nor my sleep. I know it’s going to be one heck of a habit to break, but I’ve done it before, time to do it again!

Setting aside time for yourself is important, and something I have neglected for many years of my life. Whether it be a nice stroll, a bath, simply laying on the couch, or doing a bit of writing, I want to be able to take some time for me to kick back and relax, no work involved.

5. Accepting it’s ok to spend the day doing nothing

It’ll be hard to accept this one, but I need to get out of the mindset that everyday must be productive; you must remain busy. It’s okay to spend some days winding down, laying on the couch watching your favorite shows. It’s okay to sleep in without feeling like you’ve ruined your day.

More stories from Anna Kerr and writers in Journal and other communities.