Is It Worth Working for Exposure as a Creative?

by Jamie Jackson 5 months ago in art
Report Story

What's the difference between exposure and exploitation? Not much 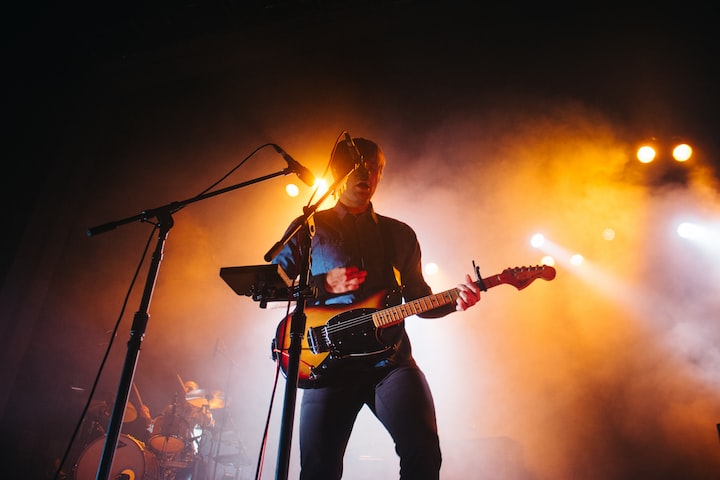 Photo by bobby hendry on Unsplash

I'm a member of a writer's group on Facebook where there was a recent post asking if anyone — theoretically — would pay to be a writer for a new publication.

That's pay to write. Unsurprisingly, the response was a resounding "no".

Of course it was. It's a ludicrous proposition from someone looking to make money from other people's free labour. People will happily build business models around exploitation… and that's exactly what this is; exploitation.

In case you wondered, there was some swift back-pedalling within the chat, the money-grabber in question clearly sensing the hostility towards the idea. But within parts of the discussion was the usual rationale I've heard in the arts for years when people want you to pay to create…

"Do it for the exposure."

Here's why you absolutely shouldn't ever work for exposure ever, no sir, ever ever (ever)

To do anything for exposure means you're doing it for free. Not kinda free, not sorta free, but free. Fine, that's the bottom rung. We all gotta do that. I perform stand up comedy for free. I played in bands for free. I wrote for 20 years online before I made a single penny.

Everyone has to pay their dues.

However, do not confuse paying your dues with paying to do your art.

Paying to play/write/perform is nothing more than big, greedy fish feeding on your doubts, anxieties, fears and promising you the unpromisable.

In both the comedy and music scenes, the one golden rule is never "pay to play."

This appears in many forms; a battle of the bands competition where you enter for £25, a promoter asking you to sell 15 tickets or pay the difference, arbitary charges for production, a backline, venue hire, or admin fees to enter a writing competition. It might even be someone charging you for putting your article in their "exclusive" publication (lol and more lol).

Whatever way it is justified, do not do it.

These people are parasites. They can give you nothing but will promise you everything. They want you to work for them and pay for the displeasure.

I've read a lot of musicians and comedians biographies. Not one of them made it by paying to perform. I know people who have landed record deals. They never paid to skip the line. Don't think this is the way. It isn't.

Do you know how people actually become successful? They get so good they can't be ignored.

You can't shortcut the process by throwing money at greedy con-trepreneurs.

Well, that's different. That's you investing in you. Art comes at a cost, mostly in time, energy and money. If you're in a band, you pay for equipment, you pay for rehearsal space, you pay to get to and from venues with drum kits and guitars.

I've run a couple of club nights. I've "paid" for them too. But as a band, we never paid to play our music in a venue. The club nights we ran were based on a door split -the club owners take 50% of entrance fees, we take the rest. It's a business deal. Not a desperate grab for elusive exposure.

Devaluing art and yourself

People don't want to pay to consume art because they don't value it. If you pay to perform or create, you're devaluing it, and yourself, too.

Fight this devaluation. You're a starving artist because of it.

There's a wonderful story (though a quick bit of fact-checking suggests it's apocryphal) about Picasso in a restaurant.

A woman comes up to him and asks for a small doodle on a napkin. Picasso agree then asks her for $10,000.

The woman is outraged. "But you did that in 30 seconds!" she protested.

"No, it took me 30 seconds and forty years to do that," he replied.

Aart might look free, it might feel like a plaything to exploit, a business opportunity to the hard-nosed predator, but it's a summation of someone's entire career. It's their soul, distilled and directed into whatever they're currently creating.

Parasites will want to monetise your soul's output for their own financial gain, under the guise of opportunity and exposure.

God forbid you help them.

Take a look at the Twitter account For Exposure for endless examples of people wanting artists to create things for free.

Philistines fail to realise they consume art constantly; they watch art on Netflix every night, they interact with art on their iPhone operating systems, they buy products based on the art advertisers create, they wear clothes artists have designed, they drive home in cars designed by artists whilst listening to albums written by musicians and they hang canvas prints of art on their walls.

At least these people can be forgiven. They are naive to art and creativity. Not everyone's life is artistic.

It is the parasitic exploiters who are the real villains. They know the value of art and they want a slice of it by feeding off your struggle.

These aren't the record labels and publishing houses, nor stand up comedy agents and promoters. These people are necessary.

It is those asking for money for you to create.

Creativity is free! It's spiritual. Don't allow these parasitic fuckheads to debase such beauty. If you create, the parasites will come looking for their spoils. Be wary of their dishonourable intentions. Be wary of their empty promises. And never, ever listen to someone who promises expo$ure.

More stories from Jamie Jackson and writers in Journal and other communities.