I Went From Hating English Classes To Becoming A Writer

by Kevin Shan 5 days ago in career

You don't always know what you want to do. 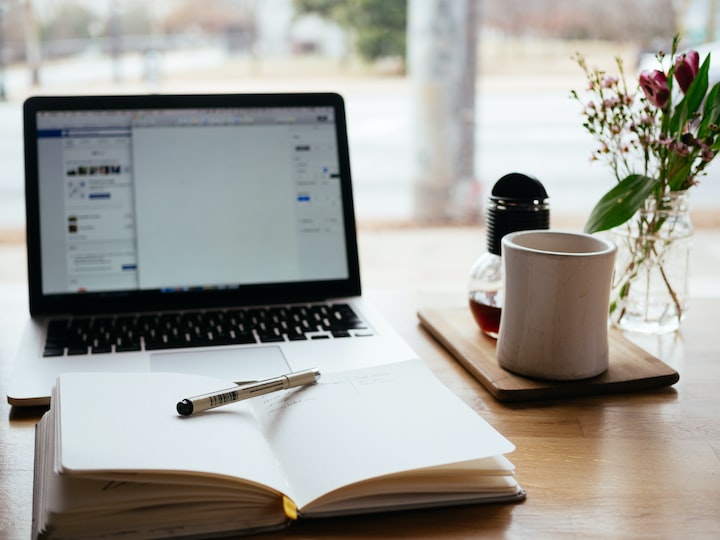 Photo by Nick Morrison on Unsplash

Every so often, I have to make a new profile on some website and write a short bio. Whether it was a LinkedIn profile, Medium profile, or a Vocal profile, I always had a little trouble with how I wanted to describe myself.

For the most part, I labeled myself as an entrepreneur, but I don't really know if that's the most accurate description.

When you think of someone like Mark Twain, the first thing that comes to mind is that he is an author, not an entrepreneur. It's the same for me.

Although I created various blogs that some people consider to be "online businesses," a better description for me is a blogger or writer foremost.

People who have known me for a long time will find it crazy that I'm a writer. English was always my worst subject. I hated English classes. Here I am now, writing as my main profession.

You never really know where life takes you.

I Was Always A Math Student

Or so I thought.

When I was in school, math was always my best subject. English, on the other hand, was usually my worst. Additionally, I was always pretty good at science and sucked greatly at social studies.

I was set up for some random career in engineering. It was pretty much a no-brainer with my skillset.

But I was never passionate about math or science. I wouldn't say I liked anything I was doing in school, to be honest.

Towards the end of high school, I stopped practicing math as much as I used to. As a result, my marks began dropping, and I was no longer considered good at math. I wasn't good at anything during my last few high school years. That made me lose my life direction and stressed me out.

All I wanted was to be free. I wanted to be able to live a life where I didn't have to worry about doing well on my next exam, making money, or live up to other people's expectations.

For a long time, my main goal in life was to make a ton of money, retire, and then spend the rest of my life relaxing in some Japanese hot spring.

I began looking for ways to make money and eventually ended up blogging.

I didn't particularly like blogging at first. But I needed to make money, so I followed along with this course I bought, writing a blog post every so often.

One hundred blog posts later, and I was making cents. It just wasn't working out for me, so I began to look for other ways to make money.

Eventually, I came across a writing platform called Medium. After writing quite a bit, I was still poor. But I began to like writing. Writing turned into something I was willing to do every day.

Life was a lot better when I was writing all the time. It helps me understand myself, improve myself, and help other people do the same. It clears my mind, and at the same time, it gets my brain to think and grow.

Towards the end of 2020, I began changing my perspective on how I should go about doing things. After a year of not going anywhere with my earnings or personal goals, I thought it was time I changed the way I work towards my goals.

I stopped caring about how much money I was getting and focused more on how can I improve my ability to earn money. I started watching Malcolm Gladwell's Masterclass, read articles from successful writers, and thought about how I could improve.

By the time I jumped onto the writing platform, Vocal, I had stopped treating writing and blogging as just a make money gig.

Writing has become something that I actively try to improve. When I really think about it, I don't have much except writing. By the end of January, when I leave my part-time job, writing will take its place as my primary source of income. It will officially become my career, but right now, I treat it as my profession.

That is, of course, if nothing else changes in the coming weeks.

I'm only 18, and I assure you, nothing ever goes exactly as planned. If you were to go back a couple of years, I was actually telling my parents, "I'll make it into Stanford."

I'll study computer science and get a job at some high-tech company. If you asked me if I ever considered writing as a career path, my response would have been, "Absolutely not."

My worldview at the time was that writing was a starving artist's job. I also hated English classes and avoided writing as much as I could. Why would I ever choose a career I hate that makes me no money?

Well, today, I am a starving artist. I'm a writer who makes not enough money from writing but still does it anyway. No one would have predicted this to happen.

I have become more open-minded and willing to try everything. I thought I disliked writing. Truthfully, however, I actually liked doing it. I would have never known until I tried it outside a school setting.

You never really know exactly what you're going to do in life. And that's what makes it worth living. Give everything a try, you might just learn something new.

career
Kevin Shan
Read next: Why Denny's Is the Perfect Starter Job for a Cook
Kevin Shan