How to Orchestrate What’s Within Your Control?

by Curated for You about a month ago in history

Here is a small account from the life of Queen Elizabeth (1533-1603) explaining how to identify and orchestrate the factors within one's control. 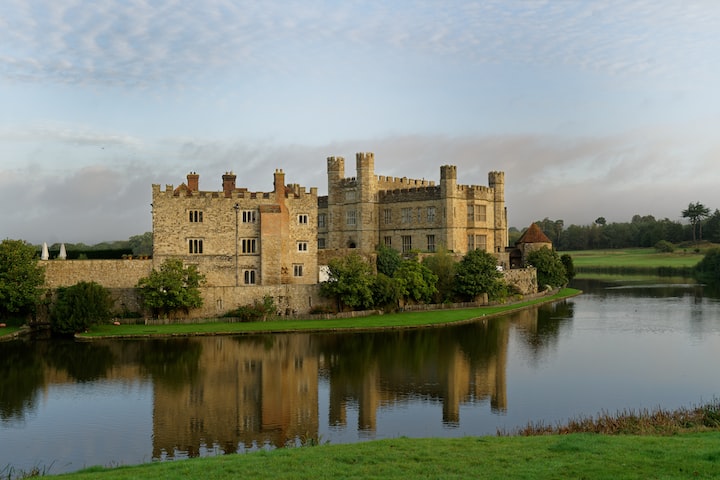 Photo by Colin Watts on Unsplash

Who then is invincible? The one who cannot be upset by anything outside their reasoned choice. -EPICTETUS

When Queen Elizabeth I (1533-1603) came into power at the age of twenty-five, foreign rivals, and even her own ministers, doubted her ability to rule. They pointed to her inexperience and refused to take a female leader seriously. But rather than expecting loyalty from power-hungry men or conditions to bend to her favor, she turned her focus to what was within her control – her intelligence, calm determination, and work ethic.

Elizabeth appointed Sir William Cecil as her secretary of state. She knew him as a decent man, intelligent, and their relationship went back more than ten years. But Cecil had his own expectations. He expected to take the reigns and run things behind the scenes. He figured Elizabeth would neglect her duties to pursue high-brow entertainment and distractions, just as her father and previous rulers had done.

But Elizabeth could not have been more different. She knew she lacked the same position of privilege and immediate credibility that a male ruler might have enjoyed. And she recognized that loyalty towards her in the early days was shallow. But instead of demanding blind loyalty, Elizabeth sought to build trust through her own actions.

In doing so, she caught the powerful men surrounding her off guard. She had a tireless work ethic, holding multiple meetings each day to discuss England’s affairs and actively involving herself in every aspect of the government. Cecil and her ministers barely had enough energy to keep up.

Elizabeth walked a delicate balance between keeping a careful eye of the egos of her ministers – making sure they felt needed – without allowing them to walk all over her. When Cecil attempted to route all foreign correspondence through himself, Elizabeth stepped in and took over. She built fluency in all of the major European languages, unlike Cecil, and positioned herself to effectively handle her own communications.

Once her ministers understood things were going to be more difficult than they originally planned, they turned their attempts towards securing her marriage with a foreign ruler. It was an effort to strengthen their control and introduce some sort of distraction to loosen Elizabeth’s grip over England’s affairs.

Elizabeth played this to her advantage, courting earls, archdukes, princes, and kings across Europe. She led them on, one at a time, to quell the concerns of her ministers and instill fear in foreign rivals concerned over the risk of a new alliance. And this went on for years. Elizabeth had reason to be skeptical of marriage. Her father, Henry VIII, executed her mother, Anne Boleyn, when she was three years old. And he created one mess after another as he worked his way through six marriages. Elizabeth sought to avoid unnecessary dependencies and ties. Especially to what she viewed as foreign liabilities who were capable of manipulating England or draining their resources.

In time, Elizabeth built credibility. Her ministers – who previously viewed her as a pawn in their political agenda – found it impossible to keep pace with how hard she worked. Almost every one of them developed a deep admiration for her. Elizabeth settled in for the long game, turned things back towards what was within her control, and let her results speak for themselves.

It was this same mentality that helped Elizabeth pull England out of debt. She focused on England’s finances so they weren’t over-leveraged and at the will of other countries. Again she avoided dependencies, worked harder, and sacrificed her own income. But she also kept England out of conflict and allowed her enemies to make their own mistakes – capitalizing when they did.

When King Philip II of Spain launched an attack in 1588, the English navy was outmatched. The Spanish Armada was one of the strongest in world history. But Elizabeth remained patient and turned towards what was within her control – the English ships were faster and they knew the surrounding seas better.

Elizabeth gave orders to lure the Spanish warships within a few miles of the coast. As the Spanish approached, they came together into a close formation – a tactic they used to board enemy ships. The English used this as an opportunity to send five fireships into the armada and set the fleet ablaze.

With high winds, the fire spread quickly and sent the Spanish into a frenzy. The English were able to sit back and pick them off at a distance. The remaining Spanish ships fled to the treacherous North Sea where Elizabeth allowed nature to do the rest of the work for her.

The Spanish suffered the loss of 20,000 soldiers and most of their ships. The English lost only 100 soldiers. The English victory signaled the beginning of the end for the Spanish empire, pushing them to the brink of bankruptcy.

Meanwhile, Elizabeth established herself as a force to be reckoned with on the world stage. By turning her attention towards what was within her control and leading in a style natural to her, she built power upon her steadfast discipline.

What does this story teach us?

Elizabeth was a master of orchestrating what was within her control. With this strategy, she built a sustainable advantage through deliberate action over the course of years. Rather than expecting blind obedience from day one.

If you want to turn the tables to your favor in any situation and guard your peace of mind, you need to be able to identify what’s within your realm of control (internals), what’s beyond (externals), and what falls in-between.

When you fixate on things beyond your control, you become restricted, dependent, and weak. It’s a dangerous game to tie your sense of meaning and self-worth to external conditions. You introduce dependencies that can drop you into a state of anxiety, envy, or despair, without warning.

To counter this, guard your sense of self-sufficiency above all else. By focusing more attention on what’s within your sphere of control, you gain flexibility, independence, and strength.

Elizabeth recognized this and avoided becoming over-leveraged in everything from her relationships to finance and warfare. She wasn’t out for glory, pride, or some source of external validation. Instead, she looked within, demanded more of herself, and preserved a fierce sense of independence.

This is how she navigated the foolish attempts to undermine her. Whether the everyday annoyances brought on by her minister's egos or the acts of aggression instigated by foreign rivals. Elizabeth would not be baited into an unfavorable position.

At each pivotal moment, she preserved her advantage by turning back towards the things that were all her own – her determination, her abilities, her work ethic, her intelligence. This allowed her to identify and allocate her time to the areas where she could make a meaningful difference.

It’s the height of foolishness to expect the world to bend to your favor. True strategists, like Elizabeth, are able to identify and orchestrate the factors within their control. That’s where the real work gets done.

Receive stories by Curated for You in your feed
Curated for You
Read next: 7 Tips on How to Avoid Common Software Outsourcing Failures