Leading teams is a responsibility some don’t deserve. 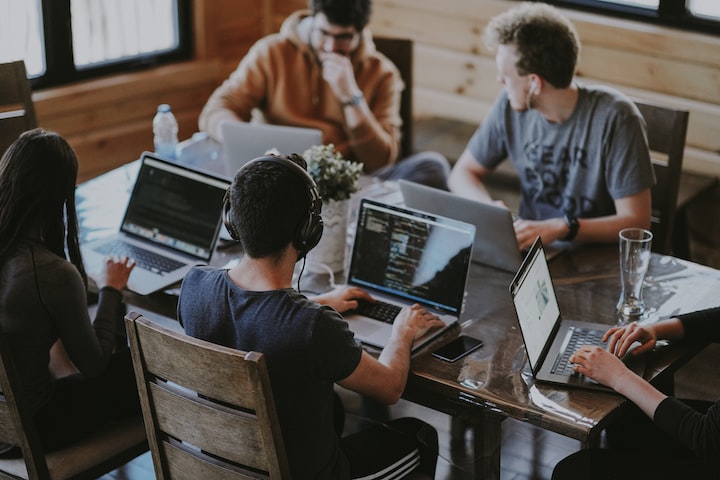 When a team leader bullies someone, the team becomes a group of individuals out for themselves, which ruins teamwork and severely affects productivity.

I don't even know the first moment I knew my boss was singling me out in an unfavourable manner. It started as a niggling feeling and grew over the months.

It all began in October 2019; I had been trying to get more clients for my tutoring company. I was approached to offer some maths tuition for this company. The next I knew, they had offered me a job.

When I first met the centre leader, something felt off. However, I pushed my reservations aside, knowing this would mean financial security for my family.

It started almost immediately with the tiny pick-ups on everything I did.

Then the personal attacks on my personality. Please don't speak out in this or that meeting; you said this wrong. This went on for three years.

Lockdown saved things from coming to a head quicker. Working at home made it more challenging for her to attack me continually.

She wanted six tiny robots doing the job precisely as she wanted. We were not allowed our own interpretations and opinions.

No Support is Common

The first big flag occurred six months ago; I stated that I found one of the people I worked with hard to deal with because she made homophobic comments.

Rather than offering me support, I was informed that seventeen-year-olds couldn't be homophobic and should not use that terminology again.

She crowned the event a week later by bringing it up in front of everyone at a meeting. She had seen some reports that supported her idea that young people could not be homophobic.

I returned from leave in June as my beautiful boy had been born. The first thing I saw was that my desk had been assigned to someone else. I had a table at the front of the room; it couldn't even be called a desk.

My personal items and equipment from my desk had been thrown in a plastic bag and dumped in a box on the table. I had to teach half an hour after arriving. No handover, no catch-up after my extended leave.

One week after returning, I was invited to a disciplinary meeting to discuss my performance. I wasn't surprised I had been expecting it for years.

From that moment, my time was made a living hell—the hearing in one week. During the meeting, I was told my support could not speak to me, breaking employment law. A final written warning was the decision.

The action plan they put in place was ridiculous and utterly unachievable in the time frame; it was all part of the plan. The review date was the last day of the term. So all the waiting for feedback and timing made sense; it had been planned to ensure I saw the school year out.

It became evident that I was never going to succeed as the viciousness of her emails and treatment escalated over the next two weeks.

The action of the rest of the team was to be expected but no less hurtful. I have to say I had three angels there that supported me completely. The others, so scared for their jobs, did everything to help the boss reach her objective of getting rid of me.

There became an environment of offering a sacrifice before you became the sacrifice yourself. It is not a way I can work.

One staff member reported me for doing something in a session she did herself, which was against protocol. However, she never thought to herself; I did this, so maybe I shouldn't report it.

She had already said she was short of money and that keeping that job was more important than her integrity as a human. This woman was no stranger to me. She had attended my daughter's birthday party.

Another member of staff who had used my tutoring service at a discount, as she was a friend, was also instrumental in making reports against me.

How these people can live with themselves is their problem. Teamwork is completely non-existent in the workplace. A leader who rules by dividing individuals causes this.

The control she holds over the team is there are always two or three preferred members of staff who report on the others. But unfortunately, most of them are scared for their jobs, so they stab anyone in the back for some job security.

They don't realise their time will come; it always does. A leader like this has destroyed teamwork as the majority only look out for themselves. They will not always be the preferred staff member as the leader's agenda changes.

I had enough; my mental health was shot; I couldn't cope with anything else. I resigned and walked away, ready to start again.

However, she was not finished with me; she still wanted her investigations completed. I refused to take part, I needed a break. I informed her deputy that my mental health was shot and I needed space.

The abuse didn't stop for weeks. I walked away and she hated it because she didn't get her final piece of victimisation. Seeing through her has helped me recover.

This person works with vulnerable adults; has little empathy for the people. I'm glad I got out. Whatever the future holds, I will face it knowing that at least I don't have to be in the most toxic work environment I have ever worked in again.

If you enjoyed this article, please subscribe to my writing, share it and give it a heart. As a writer tips and pledges mean a great deal to me, so a massive thank you if you send one.

More stories from Sam H Arnold and writers in Journal and other communities.