How NOT to Title a Short Story

Avoiding the clichés that keep them from clicking 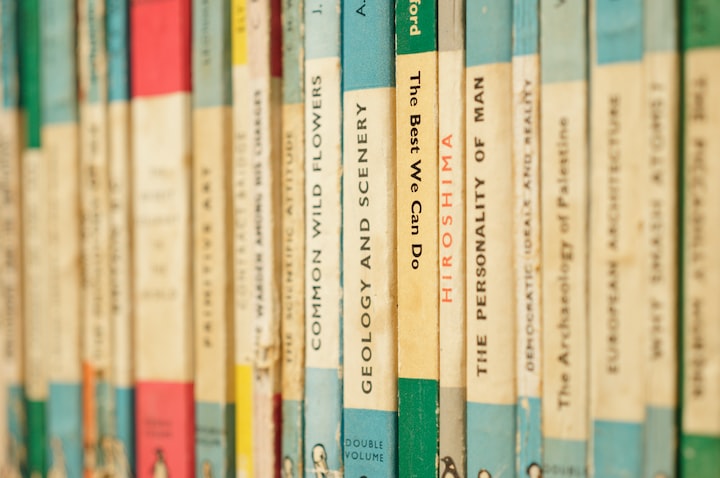 Photo by Karim Ghantous on Unsplash

A story by any other name

So, you have finished your short story, and now you need to give it a name.

If you’re anything like me, this is the part you hate. If only we could pull up one of those baby-naming sites and just pick something — call this story Nathan or that one Kathleen. But no. Sadly, we actually need to think about it.

What makes it worse is that once in a while, you land on that perfect title and you know it. It slides right into place, perfect and snappy. You commend yourself for being oh-so-terribly clever and decide that you’ve finally cracked it. You've won the world-title for titling. You're a champion.

Until the next story.

Then you’re back to mashing together words like a numbskull — Uh...“The Black Cat” Nah, boring. “Le Chat Noir” Wait, there’s nothing French about this. “The Cat in the Dark.” No. “The Dark Cat.” Hell, no. “The Crepuscular Kitty” Oh god, kill me now…

Coming up with a good title can take time — sometimes longer than you have if there are deadlines involved. But I believe it’s worth the extra effort. And not only because you get to feel very clever when it works. But because it will help your story be seen.

Why spend the time on a title?

Are titles really super-important? Well, I read submissions for a venerable Canadian literary journal. I also judge entries to a regular online literary competition. As a result, I read a lot of short stories. I mean…a lot of short stories. And the truth is that if you plant a boring title on a beautifully written story — the beautiful story will win out. Ultimately, what really matters is good writing.

So, no. Titles are not super-important. But they are necessary.

Whether you like it or not, titles are a part of the writing process. And the title is your first chance to make an impression. People can and will judge books by their covers, and stories by their titles.

When I am working through assigned readings, the stories with interesting titles pique my curiosity. I clichéd or boring titles make me expect a clichéd or boring story. Am I wrong, sometimes? Occasionally, yes. Would I ever dismiss or skim over a story just because of a boring title? Of course not. And often the title reveals its cleverness after you have read the story. So every once in a while, I am happily surprised by a clunky-sounding name.

But remember this: in my case, it is my job to read all of the texts assigned to me, regardless of how they are titled. A casual reader on the internet has no such obligation, and will happily scroll right past your story in favour of one with a more engaging title. So, think of the title as your story’s packaging. A really great title increases the chances of someone clicking that “Read” button.

And don’t worry too much

There are hundreds of thousands of short-stories out there, and there are some great ones with purely descriptive names. There is nothing wrong with titling your story about a ballerina “The Ballerina.” (But then, wouldn’t it be even better if the story was about someone that wasn’t a real ballerina? Or was a ballerina when she was young but is now old and infirm?) There’s nothing wrong with titling your disastrous date comedy “A Night With Rory.” The title doesn’t tell us what to expect, but that can create an openness and a kind of anticipation. Simple titles can work, as long as they hit upon something that is at the heart of the story.

Now, here are some titles to avoid

Whether it is the mighty cliché of “A Love Story” or a simple description like “A Complicated Story,” or even something stranger like “An Alien Story” — the only thing this title tells us is that this…is a story. And we already know that.

Calling your story about a dog “A Dog Story” makes it sound generic. If you have set out to write the final-word of dog stories, then maybe it fits. But who wants to read something generic? You don’t buy your books at the bulk-food store, do you? What's special about your dog story?

You can do better.

Anything with the word “hero” in the title

“Subway Hero”? “Hero On The Mountain Trail”? “The Hero Who Disappeared”? I’m sorry, but no. Readers and editors don’t need the writer telling them who to root for; they want you to show them. Let the reader decide for herself who is a hero and who isn’t. That’s what the story is for.

Here are two examples from film, but the same rules apply. Zhang Yimou’s Hero is cleverly titled, because the film revolves around the question of who will be labelled a hero in the eyes of history, and why. Similarly, Big Hero 6 is a brilliant title because it not only refers to the group of six heroic friends that come together, but the main character’s name is Hiro, which, in Japanese, sounds similar to “hero.”

So hey, if you have a clever twist of this caliber. Go for it. If not…leave the titular heroes to the comic books.

First, if the stories you write are moral lessons designed to teach the reader right from wrong...maybe you should have gone into teaching. Or the clergy. I end up reading a surprising number of stories like this, and most of the time, they have titles that give them away. Things like: “How To Be A Good Mother” or “He Never Learned His Lesson” or “How the Robber Met His End.” Stories like this are inevitably written by writers who believe themselves to be morally superior to their readers. Don’t be that guy.

And if your story is more nuanced than a nursury rhyme or a morality tale, don’t give it a title that sounds like “The Honest Woodcutter.”

Anything ending in an exclamation mark!

Like all-caps in a text message, this is just comes across as shouting. Perhaps you think you want your title to be shouted. You do not.

I would also argue that the same rule applies to question marks, although wise use of a question mark might work on occasion.

What do these titles look like? They are many and varied, but the worst offenders often use bland, everyday phrases like, “What’s the Point?” “Look out!” “What Does This Mean!?” “She Said What??”

I’ve seen a painful number of titles like this and seriously, they make my eyes bleed. Don’t use everyday phrases and figures of speech. Titles like those above don't tell the potential reader anything at all. Pulling a phrase or bit of text from your story is a great way to find a title. But try to find a piece of unique, meaningful text. If the story is about a car accident, I guarantee that you can find a better title than “Look Out!” or “Crash!”

I have no real issue with one-word titles, but they’re best if you give them some thought.

And if you have chosen one particular word, make sure it is a concept that is deeply explored in the story. Let’s say your story is about a new mother, and you title it “Mother.” That is, of course, fine. But readers will have big expectations. With a title like “Mother,” people are going to expect a story that is not just about one particular mother, but about motherhood itself. Or perhaps it is a story that questions the definition of “mother.”

If your story is big and conceptual in that way, then go for it. If not, look for something more specific.

Using the contest or publisher’s theme as a title

First of all, how many other stories called “The Little Black Dress” are going to be submitted? Dozens, I guarantee it. A title straight from the contest (or prompt, or theme) is like a billboard adverting that the author lacks imagination. It suggests that the writer has probably interpreted the contest or prompt literally, and 99 percent of the time, a literal interpretation is going to lacklustre.

“But,” you say, “I don’t lack imagination! This is a really good story…” Excellent! Use that imagination to hunt down really original title.

Honestly, if I was editing an ocean-themed issue of a literary magazine, and you submitted an amazing piece of writing called “The Ocean,” I would accept it, but probably suggest that you change the title. I might even work with you to find a better one. After all, “The Ocean” is the title of the issue. Everything is going to be about the ocean. I’m willing to bet your story is about more than just the ocean. Let’s reflect that.

But again, don't worry too much

The title is, in most cases, the least important part of the story. As ever, it is more important to make sure you have a great narrative first. After all, that’s why we’re all here.

A clever title will not, in any way, improve a poorly told story, and a poor title can be easily fixed. A clunker of a story, on the other hand, will never make it to the editorial stage. And even a great title can’t help with that.

Your title is a form of one-line packaging. A way of beckoning to the reader. On the internet, your story’s name is often the only thing standing between you and that all-important click-through. So spend some time on it. Doesn’t your story deserve it? ◼︎

All titles in this article, other than the films, are fictional and were invented by me, loosely based on my own experiences. If stories exist with these titles (and they probably do) I have not read them, and am not referencing them, here.

More info about me at: OwenSchaefer.com