How Generosity Made Me Richer

by Josh Lowe 14 days ago in advice

Money doesn't mean much if you don't use it for the right things... 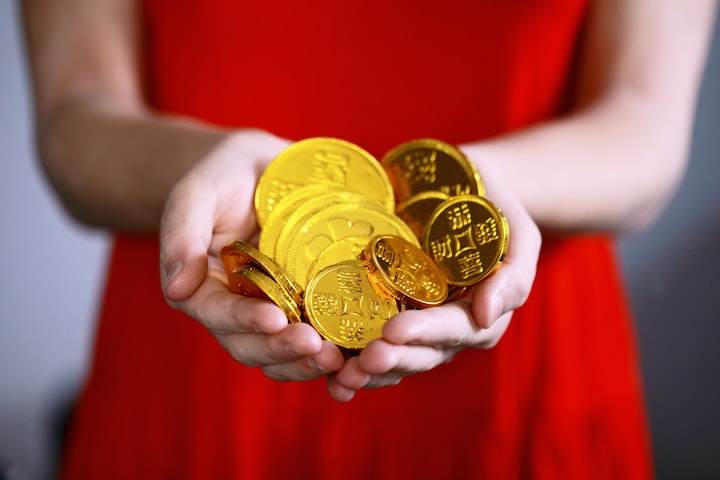 I've always had a strange relationship with money. I'm not bad with it, but I've never been someone to spend hours looking for the perfect deal to save a few dollars, or that person who gets defensive over their belongings when someone asks to borrow something. Of course, when I get hit with multiple bills, or the weekly grocery shop costs a bit more than usual, I do worry a little bit. But I find comfort knowing that things always have their way of working out. I often find that as long as you keep giving when the opportunities arise, then you'll always receive what you need when the tables turn.

Sounds a big vague, right? Well, allow me to elaborate.

I've never been one to delve into the spiritual stuff, but as I mentioned before, I truly believe that things always have their way of working out. The more you give, the more you get. Maybe it's some higher universal power, or maybe it's just a coincidence. Regardless, I stand by this theory. Not convinced? Then allow me to give you some of my personal examples.

I find it so difficult to say no to charities when they ask for donations, aside from when I'm actually completely and utterly unable to. Over the years (and still to this day for some of them) I've sent multiple donations to the likes of World Vision, the Mater, the RSL Art Union, some random man on the street who asked for $2, and various friends and family who were just going through a rough time. I'm not a full time worker, I work casually on weekends in between my university studies, and no, I'm not from a wealthy family, so my income isn't exactly high. You're probably thinking at this point, 'how are you not broke?'

Well, I've already given you the answer. Whenever I'm in a moment of doubt, worry or distress about how I'm going to afford life in general which, if you ask me, is f^@&*#% expensive these days (thanks, inflation *eyeroll*), a solution falls into my lap.

A few years ago, when I was moving out of my parents' house to go to university, I had no idea how I was going to afford everything. I was 17 with basically no life experience in a brand new city with no idea what I was doing or how I would afford anything. Until...Boom! I landed a $9,000 scholarship for my Bachelor's Degree. Problem solved.

A year or so into my first degree, I was doing ok but money was getting a little tight. I was stressed. I certainly wasn't living-on-the-streets-stressed at this point, but I was getting a bit worried. Still, a part of me had a feeling it would all be alright. Sure enough, a few days later...Boom! I won a $50 prize from a college fundraising competition I'd participated in, and not long after that was given a $100 visa card for participating in a university survey. Perfect!

A little further down the track, I'd ended up back with that same stressed feeling where I was a little short of cash and was dreading the weekly grocery shop. But not long after, sure enough...Boom! I was handed a $300 food voucher from Hello Fresh. This was closely followed by my birthday, during which (for some reason) every food and drink venue in Brisbane gave me free products (thanks!), and my Grandparents were also throwing money at me like a stripper in a nightclub. Problem solved.

And finally, for the most recent occurrence/miracle. After I finished up my research assistant work, I was a little short for cash, but just when I was most worried about things...Boom! I received an email congratulating me for placing second in a Vocal Challenge with a $500 prize. Crisis averted. As I said, life has its way of working out, just as long as you give back when you can.

Of course, this whole thing doesn't work if you're doing it for the sole purpose of getting things back.

You have to actually enjoy giving, and you have to be willing to embrace that as a part of who you are. Don't get me wrong, I'm ambitious and I will always strive for a successful career. But the way you define success is extremely objective, and for me, I don't think I'd be able to enjoy success/wealth without knowing I'd given something back that had actually made a difference in someone's life.

Imagine being rich knowing you said no to that poor homeless woman on the street a few years ago when you actually DID have some spare coins in your pocket, or turning down the opportunity to help those who lost their homes to bushfires. It just doesn't sit right with me. It doesn't have to be money you give either, it could be donating old clothes you don't wear anymore, or helping someone move house when they're in need. Recognise these opportunities, and embrace them.

There's something about that feeling you get when you give someone something or help someone that is so much better than any monetary reward. Money is just money. It's true, you need it to survive in today's world (well, mostly), but when it comes right down to it, it's not really worth much at all.

So I challenge you to give. Give when it's asked of you (within reason of course). We live in what people describe as a 'dog-eat dog world', but we don't have to. Be real, be authentic, give more, and I promise you, it'll make you richer in more ways than one. It has for me.

Receive stories by Josh Lowe in your feed
Josh Lowe
Read next: Behavioral Biometrics Market Statistics and Current Scenario by Forecast to 2023