Goat's milk - the story of the business started without a penny

by Sebastian Voice 2 months ago in history
Report Story 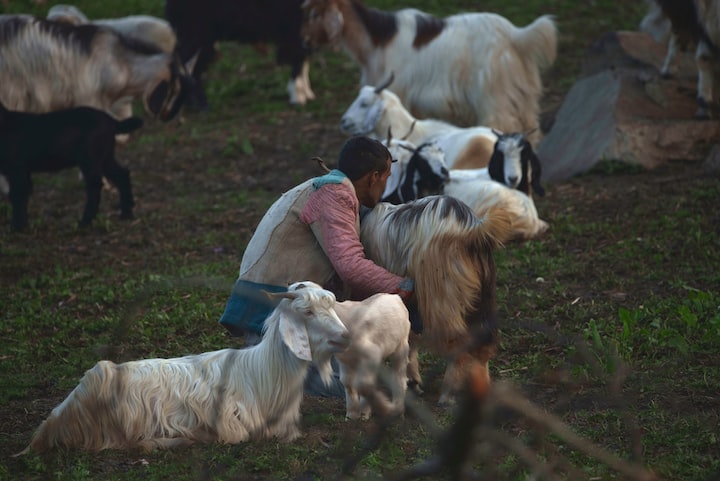 Photo by SACHIN SINGH on Unsplash

I'm Daniel. We come to the second promised story, generically called "The Story of a Business Started Without a penny."

But before we get started, I'm going to go over what happened so far. I promised you 4 stories that will show you the image of the Romanian entrepreneur, in his essence:

In the last article, I told you about my friend who opened a games room in the commune on 1 December, excited that there is no competition in the locality and I told you that this is a specific thought for beginners.

But the first 2 elements (lack of competition and a product that no longer exists) usually lead you to bankruptcy, not to a monopoly.

This is a kind of irony of entrepreneurship. :)

I have received several hundred emails over time in response to my two questions:

Although almost half of those who answered my questions put "education" first, before money, my feeling is that the answer is more mental. In the business coaching sessions I hold, when I come across people who want to start a business, I go out of my way by asking this question:

"Which is more important in a start-up: education or investment money?"

"Education!" - I am answered normally (and, be it between us, it is a rational and relatively logical answer).

But going further, I end up asking a question like, "What's stopping you from starting the business you want now?"

And the answer (attention! Given by the same person) is now purely emotional:

"Investment money! If I had X euros, I could set up the business."

Regarding the second question raised: over 80% answered me the same way - businesses that offer services can be started without major investments.

But today I will come up with a new "facet" of the entrepreneurial reality: over half of the business can be started without investment if you know what you have to do and focus on what is important for the company.

Before telling the story that supports this, I want to emphasize once again the question:

Can a business be done without a penny invested?

From my own experience, I tell you that over 90% of entrepreneurs who set up a business do not focus on what is important at the beginning in their own business.

The most common mistakes:

Almost everything that can be done costs two vital resources in a start-up: time and money.

I know people who have beehives (people say - because I know more, it's not an isolated case); they invested in their small business, bought hives, bee families, protective suits, combs, earthworms, treatments, etc. After investing, they took out the first honey production, looked left, and right ... and found no customers. And when I asked them why they think they don't have clients, they answered the same way: "because I don't have the money to invest in more hives." Shocking! :)

The same - I know people with snail farms, orchards, animal farms, etc. The same principle: investing in the business, hoping that at some point customers will appear if they have the product.

And if they do not appear - the fault is the lack of funds, because the business is probably not big enough (does not look like serious business).

In marketing, this is called "hope marketing" - to sit and wait for customers to come, while you are still working on "appearances" (ie to spend money).

The story of goat's milk

At one point I was on a terrace in the center with my wife and brother-in-law. Noise around, lots of people, kids. The phone rang, my brother-in-law answered, looked at his watch worriedly, and motioned for the note to come.

You realize I'm curious, don't you? And that's how I found out about some guys who have a goat's milk business. Deliver goat's milk and cheese at home, usually after 6 pm, when people come home.

A seemingly small business. But don't imagine that these boys have a goat farm. On the contrary - they have nothing! They went to a farmer, negotiated a price for milk and goat cheese, then printed black and white on the printer, flyers with an offer. They put a reasonable addition and chose a perimeter of X blocks in which to put the flyers in the mailboxes.

One boy was handing out flyers, another was answering phones and making "appointments" for delivery. Then, depending on the schedule, they would go and deliver the milk to the door.

The "wrong" mentality is this:

- to make a goat farm, to buy people to take care of them, to invest in the technological process for milk and cheese ... and in the end, after spending a lot of money, to notice that customers haven't come yet. And only then to deal with what is most important in a start-up: to go and sell!

The boys in the story above took the test. The receipts came and they were able to make further calculations. This is called ORGANIC growth.

If you focus on sales from the beginning, then you will have "cash flow" and you can finally think strategically. Most of the successful businesses I know (except for state affairs) have grown organically, relying almost exclusively on initial customer revenues.

I'll give you another example from the early '90s. Gigi, my partner, being a student (I was not more than 10 years old at the time) thought of doing a business. He gathered several students, made an offer, then typed, multiplied it to xerox, and went to look for customers.

The offer was for "Santa Claus" for the end-of-year parties in companies, kindergartens, nurseries, etc. The challenge for them was not to find customers but to make them pay in advance - because they didn't even have money for suits.

They managed this, they bought red material, and cotton wool, they went to the tailor's shop, they made the costumes and they finished the contracts.

We are talking about the '90s when Romanians were barely realizing that they could also start a business. That's how "Santa's Agency" was born, without investment, with just a little creativity - focusing on SALE.

On the wrong mentality - first, you took suits, you hired people, you made a website, you took an office, to have the client where he came from, etc. These decisions do not help the business BUT KILL IT. Investments are made after you validate the idea (ie after you see that you can make a sale). And to make a sale, you don't necessarily need a headquarters or employees and, most of the time, not even a product :)

What lessons can you learn from here?

1 - You do not need money for investments in most cases

Of course, some businesses need investment before you make your first sale (such as - restaurants, for example). If you don't have money, then it's useless to think about this type of business. You have to educate yourself first. And this is what happens with a business that does not require investment.

The irony is that whoever dreams of a restaurant or a cafe, even if he doesn't have the money if he gets his hands on that money, he would waste it in less than a year ... during which time he would make all the possible mistakes to give bankruptcy.

There are no investors who will stumble upon you and fall in love with your enthusiasm, to give you a few hundred thousand euros to invest because "he has too much money and no time."

This is one of the biggest myths in entrepreneurship. I get 3-4 partnership requests a week, most of them focusing on the "idea" and telling me the amount they need.

I reject them, because these people, unfortunately, do not know how to make money, they only know how to spend them in the name of an idea.

A business idea is zero without execution! There are no brilliant or bad ideas, there are untested ideas yet. And the "test" of an idea focuses on sales and minimum expenses in the first phase.

If you have a customer who bought, the next goal is to multiply that sale. Only then do you have a start-up.

We can all rent offices, buy cars, make websites - if we have money. But that has nothing to do with entrepreneurship. Entrepreneurship is about human psychology and understanding the basic needs of man.

Many respond to my idea that "you don't need money to make money" with the following line:

"You always need money to start a business. It's not fair to say you started something without 1 penny. It all costs money!"

When I say "without a penny", I mean less than 1000 euros invested (and often less than 3-500 euros). I follow the principle that not everyone has 100,000 euros to start a business, but 1000 euros absolutely anyone can raise if they set out to do so.

As I follow the principle that it is stupid to want to open a restaurant if you do not have a blindfold in your pocket and that you should relate to what you can do NOW. That is, to choose a business that you can test without incurring expenses.

3 - At first you need a product

4 elements are important to focus on at the beginning, to start a business:

Each of the above elements has its principles to help you in the sales test.

These things are not taught in marketing faculties, unfortunately. A man with an MBA can rarely tell you what is important in a start-up and, like any beginner, if he starts a business, he will focus on spending and postpone the sale as much as he can.

That's why I say: formal education (the one we learn in school) doesn't help us to be entrepreneurs. Even intelligence often confuses us more - because we become perfectionists and complicate things unnecessarily.

Entrepreneurship is about people and how you bring value to their lives.

Roll up your sleeves,

P.S. If you like to read while drinking coffee, you can offer me a coffee too.

Writing is an art, the art of being known without being seen.

Writing hides a face, a feeling, a thought, a desire, a mystery.

More stories from Sebastian Voice and writers in Journal and other communities.