by Andy Murphy 3 months ago in movie review
Report Story

"The idea is not to live forever; it is to create something that will" - Andy Warhol 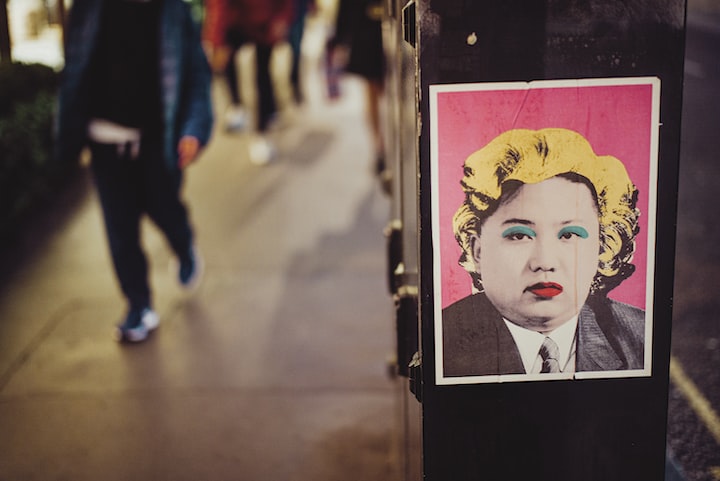 Photo by Aleks Marinkovic on Unsplash

Before watching the documentary series, I didn't anything about my fellow namesake and I'm glad about that.

It gave me an objective view without any biases or preconceived ideas/opinions. I could just watch the episodes openly and observe.

This objectivity allowed me to take away five powerful life lessons that I want to share with you now.

1. Anyone, anywhere, can become anything

Andy Warhol was a poor gay immigrant growing up in Pennsylvania in the 30's and 40's. It surely doesn't get any harder than that?

He then famously moved to New York and turned into one of the most famous and richest artists of all time, becoming one of the biggest icons around the world.

He's not particularly good looking so he didn't even have that in his favour. He simply had a vision, a dream, and a desire to go after it. And the rest is history, as they say.

What Andy Warhol shows me is that anyone, anywhere, can become anything. What a gift that is.

"Art is anything you can get away with." - Andy Warhol

During the documentary series, I was saddened to see just how much Andy Warhol disliked himself, especially when it came to his body.

However, I was uplifted and amazed at how he used that to his advantage. He certainly didn't try and become normal or be like anybody else. Instead, he took what was perceived to be weird and strange by a lot of people and became even weirder and stranger.

He was a self-confessed awkward shy gay man flourishing in the 60's. This could have gotten him beaten up, mocked, and ridiculed but he used his awkwardness and shyness to turn people's hate into love.

He was a true alchemist.

For me, one of my greatest fears is public speaking. I hate that makes me so anxious as it stops me from sharing my message with the world.

That's why I became a writer. That's now my way of public speaking and sharing my message exactly what I want to say and how I want to say it to a much bigger audience than could I ever dreamed of.

This is how I'm turning my greatest fear into my greatest asset. I'm working on building my confidence in public on the side.

3. It's important to reinvent yourself

Andy Warhol spanned 3 decades, reinventing himself at every turn.

I know I can get sometimes get stuck in the mentality that things last longer but that's simply not true.

Take my writing, for example. Even though I know deep down that I won't be writing on Medium for the rest of my life, I act as I will.

What the Andy Warhol documentary showed me once again is that it's important to stay current, fresh, and up to date. To change, go with the flow, and reinvent myself.

It's important to take risks too, and to jump at new opportunities without any guarantees of success.

"You don't have to reinvent the wheel, just attach it to a new wagon" - Mark McCormack

4. You can get shot at any moment

This was very literal in Andy Warhol's case, but it's more figurative in most others.

Andy got shot at the peak of his career in his beloved Studio 54. It was almost unfathomable that such a loved and revered icon could ever get shot. I say almost because it happened. However, no one saw it coming, least not Andy.

This was a stark reminder that this thing we call life goes by in the blink of an eye and that it can end incredibly quickly whenever it does.

And the humbling thing about it is that when it does every thought, idea, dream, vision, fear, expectation, desire, fantasy, hope, trauma, and life experience goes with it.

No one's getting out of here alive.

That's a helluva good reason to start living if you ask me!

So, are you with me?

Andy Warhol spent almost 4 decades not wanting to dance because he was afraid of what people might think of him. 4 decades! Can you imagine?

But the saddest part about it is that he loved dancing.

This hit my heart. It reminded me not to get in my own way, to allow myself to experience joy, and not to waste another minute worrying about what others think because let's be honest - do they even notice anyway?

"Worrying is like paying a debt you don't owe" - Mark Twain

Here are the five life lessons I learned from watching the Andy Warhol documentary:

More stories from Andy Murphy and writers in Journal and other communities.