Do You Read To Death or Read For Sex? On Narration Style - The Violet Project Diaries - Entry 11 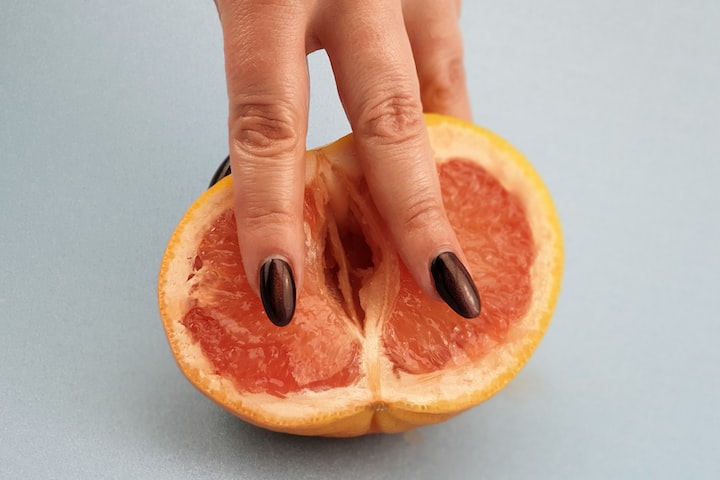 Writing my horror short “Autonomy Bleeds Black” was really enlightening regarding my own narration style. I’m pretty poetic, I play around with rhythm, and I love sensory details. There are areas of my story that are rigid, however and I’m glad I caught that.

There’s a scene in the story where the protagonist is attacked by the antagonist. I feel like my diction was decent, but there’s certainly room for improvement. Referring to the previous entry where Hello Future Me gave a good run down on the structure of fight scenes, I think that scene followed the goal, conflict, disaster pattern, which made sense to follow because powerlessness is an important theme in my story. I do think because I was overthinking how short my story should be (for the sake of sending it out to other short story publishers), I may have stunted the fluidity of my story at times. So I made a note to myself that there will be no need for that in my novel and I know this choice will only work as well as my diction.

There are three authors whose narration style I absolutely love: Elizabeth Kostova, Donna Tartt, and J.R.R. Tolkein. All of these authors enamor me; they caress me through vivid descriptions of the scenery and dive into the depths of a character psyche without missing a detail. I don’t mean they do this in the form of infodumping, but rather through poetic devices braided in with their prose so an empath like me can take in the story through my senses and my soul. After reviewing some of the fight scenes in my novel, I noticed my writing is more fluid when I’m into the emotional reality of my character and only mention the setting when it’s reflecting their persona. Frankly, I need to take a note from my narrative heroes and expand upon the setting/scenery either during or before the character’s emotional reality is introduced. It’s the story’s ambience, after all. It doesn’t make sense to jip it. I did a decent job shifting the feel of the setting before and during the fight scene, so that’s good, but there’s something I want to push myself to stick with as I write on.

A friend told me that there are mainly two types of readers out there: the ones who read to death and the ones who read for sex. The ones who read to death surrenders to the author’s siren call to turn the next page. They’ll gobble up a book of over 200,000 words in a matter of days, certainly less than half a week. The one who reads for sex, like myself, makes the experience last. They aren’t necessarily slow readers, but gluttons for the suspenseful moments. They might read a few chapters, then set the book down to make their own predictions about the story or daydream of what the characters would do or say if they met in person. These people may also read like professors who are wondering more about what they can learn from the author, what each character’s archetype is, how and why the story structure was presented as is rather than in a more traditional or more contemporary way. I do read and write for sex. No it’s never been a procrastination technique, but a very pleasurable learning technique that keeps me enthusiastic about my career. I don’t want to bore the ones who read to death with extraneous details and I do hope as I grow as a writer, every sentence will have such an addictive quality that it will be hard to put the book down and even harder not to break it down critically.

One of my anxieties as a writer is being too “wordy” or coming off as if I’m tying too hard to make something in the story more than it is. Poe, Lovecraft, Tolkein, and Tartt have been critiqued for that, to my knowledge, and I genuinely don’t care because taking the time to let the setting and the character’s reality to “soak in” is exactly what inspires me. There’s no need to rush, right? I don’t want my reader to get bored nor do I want descriptions to be so brief I’m pushing the audience to get to the action, especially when a fight scene is coming up. If you accurately describe a hand-to-hand combat scene, you don’t want each movement to read like a screenplay. You want to stick to the react, pause, act formula. Additionally, it’s the pause that creates suspension and a window of opportunity for the reader to take in the flow of the character’s thoughts and feelings. I haven’t been in an actual fight, but I know the sting of a cut, the dull throb of a bruises and sore muscles, the relentless storm of adrenaline, and the crushing, existential pressure of a near death experience. I can study what I’ve seen from other authors along with trust what experiences I’ve had. I must trust my ability to guide my readers through a character’s unique responses to the universal tension of physical and emotional conflict, because without that I really will come off as trying to hard and rather than impactful diction, I’ll be providing my readers a jumbled mess. I had to accept this when I published “Autonomy Bleeds Black”, so why overthink this? I can trust myself to sex up my writing and trust that audiences will enjoy it. I’m leaving the wordy anxiety behind. Pleasure is my style and I’m proud.