Confessions of a Factory Worker

by Grace Linn 2 years ago in career
Report Story

The Good, The Bad, and the Stupid 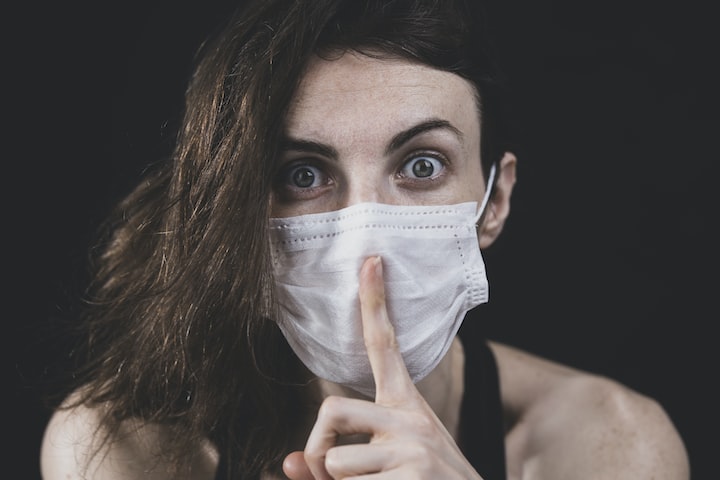 A lot of us have been there at some point, and most of us have quite an array of stories from it: working in factories. From long hours, to grueling physical labor, to being shorted on benefits, there is no limit to how much factories are willing to stretch human beings past their capacities. Now it isn't all bad. There are some diamonds in the rough. But they are usually nowhere to be found when it comes to finding a good factory job.

Before I was hired for my first factory job, I was simply a line cook working the night shift. It didn't pay much, at least not enough to support myself, and so I knew I needed to find a job with substantially higher pay. My good friend at the time was already working at this place (which I will not name for privacy reasons) called X. He put my name in for a good recommendation, and after a successful interview, I was offered a position just a week and a half later!

Now during that first week, I had an enormous amount of new information to digest. I learned what steel-toed shoes were and got used to wearing ear plugs and safety glasses. I also learned about X's different policies and procedures, and then off to the floor for training I went. I worked in distribution during my time there. And throughout my almost 2 years at X, I seen and heard a lot, and I mean a LOT of different stuff.

That Isn't Gonna Fit in There, Bud

Most of my time at X was spent driving an electric forklift which was a total blast (majority of the time). Usually I would be loading trucks with freight. Simple job really, but it was fast-paced. Your goal was to load the customer's freight as strategically and efficiently as possible, in the least amount of time. There was definitely pressure on me for sure! Most of the time, I handled it like a champ. I also used pretty good discernment when it came to issues that would arise.

I primarily loaded trucks with two other guys (who I will also not name), Y and Z. These dudes were pretty chit-chatty most of the time, but they had their good moments when it came to productivity. One day, we had a truck driver come in with what appeared to be a box truck. Now we had this "dock lock" system where at the press of a button trailers would be locked into place. Unfortunately we couldn't always do that. Especially with trailers that were not "dock height" (trailers not tall enough to fit our dock system). This box truck was CLEARLY not dock height and I was really unsure about being able to fit my forklift in there because of it. I stepped back and told Z I didn't feel comfortable trying to load this trailer.

Well being the usual self-proclaimed macho man Z was, he proceeded to try and load this trailer. His forklift indeed did fit on the way in, but because of the weight of the forklift, and the size of the truck, that box truck bounced when Z backed up, causing him to severely bend the door on the back of this trailer. It made a wretched REEEEEEET sound, the sound of metal being bent when it probably shouldn't be.

I felt pretty good about the call I'd made to not load that truck.

Needless to say, Z was taken off of forklift for a bit. The damage to that truck was so bad that our maintenance team had to come down with a gas powered forklift to fix it. They hooked a long metal chain from the lift to the truck and pulled it in order to bend that door back. The matter was resolved, but that was still thousands of dollars worth of damage that had been done.

But at least it wasn't me who had caused it.

That's No Reason to Chew Me Out for It

There was another job I'd do in distribution from time to time where I'd grab processed skids off of a conveyor and store them in the shipping racks. Because I had just returned from short term disability leave, I was on restrictions and so this job was the only one in the department I could really do. Now the lady processing these skids on the line, her name was *Karen (to protect her identity of course).

We were decently slow since it was the second half of the night. My task of loading freight onto the shipping racks happens to share the same space with the truck loaders. Y and Z (and sometimes me) loved to honk the horns on our lifts rhythmically, musically, mostly obnoxiously. To most of the people around, it was hilarious. This particular night however I was not joining in on the fun. When I came back from loading a skid onto the racks, Karen walked up to me and immediately started lecturing me about how I'm not supposed to use the horn that way and she even went so far as to say "I don't care how sick you are, one phone call can get you not working with me". What had made me most angry about this was that I was not even the one joining the forklift horn orchestra, yet I was the one getting reamed for it.

Side note, I'd just had surgery two weeks ago and was on restrictions. So with my blood boiling, I made sure to let my supervisor aware of the situation, and Karen stayed pretty quiet after that.

Now pre-pandemic of course there was one sweet caveat about working at X: the summer picnic. It was their way of trying to reward us for the work we do throughout the year, even though everyone knew this was really a drop in the bucket compared to what we had to deal with daily. Ahem, anyway, the summer picnic was usually two tickets per person to Cedar Point (hell yes). Waterpark AND lunch were included. Easily worth a couple hundred bucks right there. One summer I took my best girlfriend with me who also happened to be a roller coaster junkie, and we had a blast. We even sprung for the fast lane passes so we weren't waiting more than a few minutes for reach ride we got on. The weather also managed to stay sunny and non-windy which for being on the lake is a pretty good day all things considered.

Now was this one awesome day out of the other 364 anywhere near enough to make up for the other nonsense? Absolutely not. I have only began my journey of describing the tales of working at X. And this isn't even the only factory that I have set foot in. There are other stories that await to be told. If you can relate at all to this article and would like to hear more, please consider clicking the heart at the bottom, as well as leaving a tip. Tips are never required but are always super appreciated.

More stories from Grace Linn and writers in Journal and other communities.