by Mariam Tocco about a year ago in literature

"The figure muttered the words 'This is really not necessary, we can send the gatekeeper later, we'll pay a little extra and he'll do whatever I need him to, even if it's not part of the job description.' " 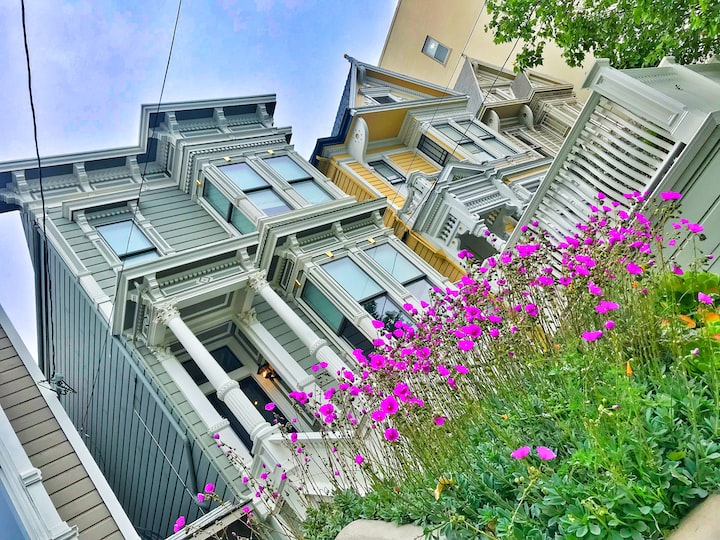 Photo by Vanessa Cuellar on Unsplash

Jenny walked out of the bedroom with her long, grey walking dress. Her hair was put in a braid with her bangs swept across her face. She picked up the big light bag and her hand touched the knob that would be her exit. However, before she could turn it, a bigger slightly lined hand stopped her departure. She looked up, not surprised. The figure muttered the words "This is really not necessary, we can send the gatekeeper later, we'll pay a little extra and he'll do whatever I need him to, even if it's not part of the job description."

She considered his offer for a second, it would certainly be headache free.

She sighed and glanced at their three year old. He had to see, she was strong enough to get through this. What kind of life would he have in hiding and exclusion? Wondering why the kids down the road won't play with him? She finally sighed and muttered,

"No, I need to do this... for him." Jenny's looked up at his gaze, hoping somewhere between his willfully stubborn brilliant mind, he would understand. He finally, reluctantly let go of the knob.

" I will be okay." Hoping the words would convince him, she saw his rustic, worn expression and knew, nope.

At last, she opened the door, and went down the cobblestone steps. The day was a bit windy but with the sun shinning, she could also smell chimney smoke in the air. Were people already getting them ready? She wondered.

She really loved the long walk, besides the beautiful weather, she actually enjoyed being alone. At home it had gotten better, she convinced him to let go of the cooks finally. When he saw how happy cooking made her, he couldn't argue. She was quite good at it, given her previous experience at the boarding school. Still, housekeepers, gatekeeper, the adopted child, their three year old son, and him... didn't leave much for alone time. His natural instinct takes over and wants to protect. But she has shown him, and continues to, he can't protect her from everything, especially not this, it's not tangible. They did live a bit farther from town so the walk kept her to her thoughts.

As difficult as this was going to be, she really did need to do this for practical reasons. They did let go of the cooks recently. Under normal circumstances, she would love the social aspect of the market, everyone from the area gathered, people buying piping hot chocolate drinks form the outdoor bakery and chattering.

As expected, no one but the merchants came and spoke to her, in fact she was getting stared at a bit. She knew some of them, she remembered them from the parties. Okay, she was getting stared at a lot. Just go look at the squash and tomatoes. The merchants were accepting payments from her but they were noticeably short. Quick to the point with any question she had. Was this how it was always gonna be? five years is long enough for them to get over it! Or so she thought. It was in this moment that she has wished they could read her thoughts. Because she was currently mentally shouting "what have we done that is wrong? nothing was illegal, impure, unholy. Everything was done by the book. Why can't you see age is nothing-" she couldn't finish that thought because she honestly didn't know if she believed it anymore. Maybe age is a big deal, even if she doesn't agree with the sentiment. To others... she tried putting herself in their shoes. Take Ms. Astrid for instance, she was angrily eyeing her at the market and Jenny knew why. She thought Jenny didn't deserve what she got. Ms. Astrid should have been in her position. She actually wanted to go over there, near the chickens and confirm her thoughts. Jenny was thankful for her position, it was a blessing and besides all of this town gossip, she has a full life. She supposes to someone like Ms. Astrid, of her position and quality of life, she should've gotten him. Jenny sighed, she knew. Glancing around she noticed her friend, Betty from their neighborhood. Jenny got excited and was about to go over and say hi but she stopped herself. The last thing she wanted to do was lose the one person who had been kind and understanding to her family. She was worried that Betty would feel embarrassed to be seen talking to Jenny. So she refrained from say hi. Regardless, Jenny needed to be done with the market, it was dragging on.

"Jenny is that you?" Betty had spotted her and Jenny was pleasantly surprised by the acknowledgment.

She smiled a little too enthusiastically and responded "Why hello, yes we recently let go of the cooks so I decided I needed to come down here, it's a beautiful day."

"You let go of the cooks?" Betty's bewildered look showed that she was shocked that someone like them would do such a thing.

"Ahh, yes, honestly I love cooking and we really didn't need them, it's just extra... you know and yes I had convinced him." Jenny said with a chuckle at the end.

"I see. He must've not made it easy at first." Betty remarked with a side smile.

Jenny recalled the conversation in her mind. He was known for his stubbornness... even amongst the town-folks.

"No he did not, but you know, he has his soft and sensible moments." It's just that he only allows a few people to see it Jenny wanted to finish but decided to use wisdom and didn't.

"Well well Ms. Jenny, you must be really special. I mean what am I saying, of course you are, he did marry you and only you. " Betty said with a knowing smile.

"Thanks for stopping by Betty! You, Richard and the kids should come over for dinner and tea." Jenny muttered those words without thinking.

"Jenny... it will get better, I promise you. The people will forget, the men already have."

That made Jenny laugh hard, yes... why is it that men could care less about these things?

"You know, he was single for a really long time, a lot of women had given up on him, to them, it just didn't seem fair. Now I will say, they were in it for the money to begin with." Betty continued on a more serious note.

"I know, they will get over it. Time mends." Betty said her goodbyes after that.

As it had gotten later on in the day. Jenny picked up her sack and decided to go home. She might come back again sometime this week. Heading back to the way she came from. A sense of fear came over her. The walk was long and she was alone. Anyone could do anything and no one would notice. Then she shrugged the fear off, everyone knows who her husband is. If anything happens to her, there's nothing that would stop him.

Just as she had expected, she made it home safe and sound. He came out of the study as soon as she opened the door.

He furrowed his brows as he asked, "How was it?"

"Normal, I might go back again in a few days."

"What? already?" He exclaimed.

"Yes. The men are already over it." She said jokingly.

"Why of course, they were never on it. It's their meddlesome wives." He said with a big chuckle, a chuckle she hadn't heard in a while. They both laughed for a good minute. They caught each other's gaze and settled there. Until their son came in with his toys asking his dada to play.

Jenny observed for a second. This ironic profile of a older, bulky jagged man and his three year old son, little, the epitome of childhood. She suddenly had the words for the thought she couldn't finish earlier:

Married to an incredible man and trying to live our lives to God's glory. I write about little nuggets of learning and wisdom that I acquire along the my path. To God be the Glory! Let Him increase and I decrease. Instagram: mrsmariamtocco

Read next: How To Be A Freelance Concept Artist