starting today you are further along than if you started tomorrow 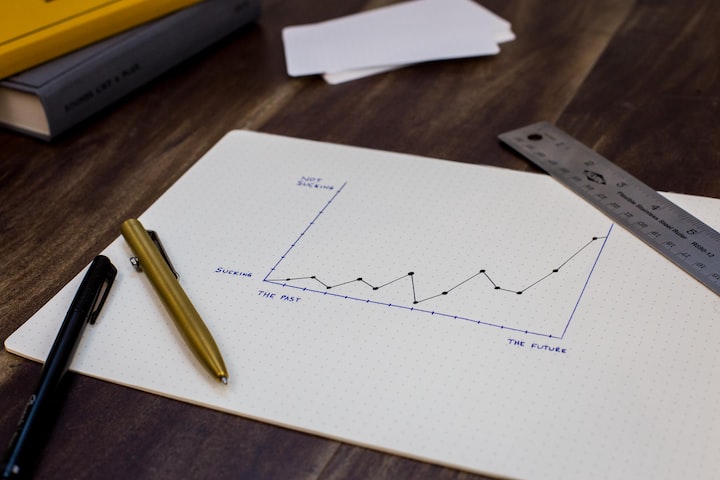 Photo by Isaac Smith on Unsplash

An individual investor is simply a person who makes certain investments on their own, from personal money.

This is in contrast to large investors, or institutional investors, who are companies that work with very large sums and are involved in large-scale investments.

Beyond the title, becoming a “small” individual investor, especially in the time we are going through, is one of the best decisions you could ever make.

I know, it may seem complicated, expensive, and time consuming at first glance, but in reality it is not.

Here are 8 reasons why becoming a “small” individual investor is the best thing you can do:

Ok, that’s probably why. 1 for which most people are thinking of becoming individual investors… 🙂

However, it is good to know from the beginning what kind of profits you are looking to make.

For example, if you’re aiming to make big profits quickly, I need to tell you right away that this doesn’t work.

At least not from the classic investments. And certainly not on a regular basis!

On the other hand, if you aim to make reasonable profits, but in the long run, then you have a good chance of success.

You just have to be more discriminating with the help you render toward other people.

2. To build a prosperous future for you and your children.

That is, their best results will come exactly when you need them most: after you have ended your active life, when you reach “retirement”.

Then you will rejoice more than ever that in your youth you made the decision to become an individual investor, because your investments will continue to bring you passive income, which will greatly improve your standard of living.

Plus, you’ll be able to teach your kids to do the same thing as you, so they’ll have a chance to build a more prosperous life.

3. To create sources of passive income.

Obviously, the sources of active income you have now are very important, whether you are an employee or have a small business.

But they have a major problem: they are clearly based on your work. That is why you should not only rely on them for the future, but also start building your sources of passive income.

They have the great advantage that they require very little of your time, energy and attention, continuing to bring you income even in your absence.

4. Because otherwise, no one cares about you.

The public pension system is already bankrupt (it spends more money than it earns) and is still functioning only because it is supported by the state budget.

Meanwhile, the active population is declining (young people are leaving Romania) and retirees are increasing. As a result, estimates show that in 2030 the average pension could be less than 20% of the last salary.

How do you think you can handle that money?

That’s why I think it’s a good idea to create your own investment system, which in the long run can become your main source of passive income.

5. Because now it’s easier than ever to do that.

There is a preconceived notion that in order to be successful as an investor, it is necessary to have in-depth economic studies, to be a great specialist in this field and to spend all day studying financial and graphical reports.

This is totally false!

Of course, being a trader in the capital market and in Forex is a full-time job…

But there are tens of millions of ordinary people around the world who carry out their normal daily activities and who invest passively, in the long run, without effort.

Also, the opinion that you need large sums to invest is totally wrong. Today there are many financial instruments that are very affordable and in which you can invest even very small amounts of money.

6. Because the sources of information are very numerous.

In the age of the internet, any investor can quickly find a wealth of information on the topic that interests him.

The most well-known sites are those in English (such as Bloomberg, Market Watch, Investopedia, etc.) but lately the number of sites in Romanian has also increased, providing information very useful to any type of individual investor.

7. Because everyone does the same.

Obviously, this is not very valid in Romania yet.

But in advanced countries, all intelligent and responsible people are constantly concerned about their long-term future.

And as they know that the aid that will come from the respective states (in the form of a pension) is very limited, they are concerned during their active life to build their own investment portfolio.

Because they have known for generations that only in this way will they have the chance to create for themselves and their children a peaceful, prosperous and needless future.

I know, aiming to become financially independent may seem — at first glance — just a beautiful dream.

The sources of passive income that you build as an investor will grow over time, in the long run, so it is very possible that at some point they will bring you enough income to support your standard of living.

On the other hand, without these sources of passive income, it is certain that you will remain dependent on your activity, so you will not have any chance to become financially independent.