These Vocal secrets are no fun unless they're shared with everyone. 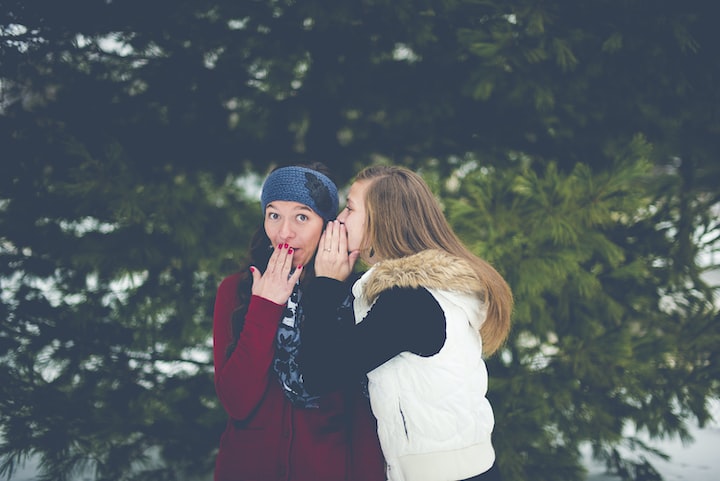 I've been on Vocal for about a year and a half. Throughout several weeks of typing up articles, liking stories, tipping creators and getting to know Vocal writers on social media, I've learned so much about the platform. It's taught me how to be a better writer, how to grow an audience, and how to make money creating digital content. This year, it literally saved my life during a soul-sucking pandemic.

Of course, there are some things about Vocal you can only learn through experience. I'm not talking about how to get more reads or how to win challenges - although both of those things I did learn through experience. In this article, I'm talking about the little secrets you only know about if you've done certain things in or outside of this website. Vocal fun facts, if you will.

If you're new to Vocal, these secrets may encourage you to keep writing or try new things! If you've been on here for as long as I have, you probably already know these secrets or have had hunches they exist.

I had my suspicions about this secret for months, but it wasn't until recently I learned it was true.

I've had several staff-picked articles this year, and every time I got an email notification about the Vocal team putting my work on the homepage, it was immediately followed by another email saying I received a $10 tip. It raised a few questions in my mind. Who is this person giving $10 tips on staff picked articles? Are these tips just going to me, or other creators as well? And how on earth do they have so much money to spare on staff picks???

After seeing a thread on social media by creator Jyoti Meena, I realized Vocal was the mystery machine trading tips for staff picks. Jyoti received an email from Vocal saying they tried to send her a tip for her staff pick, I Tried a 'Coffee Nap' and It Is Beyond Wonderful. A problem with her Stripe account prevented the transaction from going through.

And what was the amount Vocal said they tried sending her? You guessed it...$10. In Jyoti's email, Vocal said the tip was a reward for her hard work.

Knowing staff picks are worth $10 makes me want to write more homepage-worthy pieces! Not only are staff picked articles great for getting more reads, they're a way to secure some instant dough as well.

2. A Like On Your Challenge Entry the Day Winners Are Announced? You Probably Didn't Win.

Knowing Vocal rewards creators for staff picks makes me wonder if they also award writers for a challenge entry - regardless of whether or not the entry places in first, second, or third. This secret is more of a theory, but I'm pretty positive Vocal will give your challenge entry a free like if it does well in the judging process, but fails to take home prize money.

If you know me, you know challenges are a big part of my writing career on Vocal. I've won six challenges during my time here, and have published two articles about how to do well in challenges. Challenges have become my niche on Vocal, and I take great pleasure in studying them.

That being said, I have a nasty habit of repeatedly checking my Vocal stats whenever I submit a new challenge entry. Here's how it usually goes down: the first day or two, I'll get a few reads and likes. As the week drags on, those reads and likes decrease. Sometimes they just stop altogether. The day winners are announced, my article will gain traffic again. If I've placed, it will receive a spike of likes and reads. If not, it'll only be a few reads and a single like.

Not two. Not three. Not zero. Just one like.

The single like always happens in the morning, before winners are announced on the challenge page and on social media. I think this happens because of the way challenges are judged. When a challenge deadline closes and all the articles are reviewed, 10-15 are selected to guest judges for further consideration. I'm guessing the articles not chosen for the top three spots are given likes as a sort of participation medal.

So if you're checking your challenge article's stats and see a single like on the announcement date, before the winners have been announced, don't let it fool you. It's sympathy, not a sign of success. At least it's a way to be let down gently, instead of anxiously waiting all day for the challenge page to update!

One of the most frequently asked questions new creators have? How to attract more reads to their Vocal articles. Most people know about the common tips: your article needs to be of good quality with a nice banner and catchy title. It needs to be shared around social media. Maybe it needs to be staff picked, too. But few people know that search engine optimization (or SEO, for short), is the key to thousands of reads.

SEO is the difference between an article that only has ten reads from Vocal users and an article with 10,000 reads thanks to being first in a Google search. The more people outside of Vocal who read your story, the more you'll earn. One of my earliest and weirdest Vocal articles, Why Bayville, NJ, is a Stephen King Town, is close to 2,000 reads and still gets consistent clicks thanks to search engine optimization.

To get you started with learning SEO on Vocal, here's a story by my friend, Aamir Kamal. It explains how to optimize your Vocal Media articles for search engines.

Make sure to check out some Youtube tutorials as well! There's a lot that goes into SEO, and it's mainly about using keywords consistently. It takes a while to learn. But once you've mastered it, you'll see your profits go up in no time.

4. Joshua Johnson Is The Man.

Every day, hundreds of creators hit the "submit" button on their completed articles and wait for Vocal to approve. They don't think about the person who reads through their work. He has a name and a face: Joshua Johnson.

Joshua Johnson is a George Washington University graduate, a 26-year-old New Yorker, and the senior content manager of Vocal. Claiming to be "the only living boy in New York" in his social media bios, Joshua is the gatekeeper between a published and pending Vocal article. He isn't the only moderator on the site, but he is definitely the most well-known. This year, he read about 35,000 of our stories.

I didn't know who Joshua was until he followed me on good ol' Instagram. Of all the people behind Vocal, he is definitely the most communicative. One time, he helped me with a Vocal-related email problem. He even has his own account, where he writes stories. And he's quite a talented writer! You might know his most recent article, "Am I Here?" , in which he chronicled some of this year's Vocal stories he remembered the most. (And he called me "incomparable" - perhaps the kindest compliment I've ever received as a writer! I'm still a ball of mush!)

Definitely follow Joshua's Insta if you'd like to keep up with his exciting NYC life. It'll be cool to see what he posts on the website next. He's a Vocal celebrity!

Despite months of public outcry, Vocal still doesn't allow creators to follow or message each other on the website. However, that hasn't stopped creators from connecting with each other on social media.

While I've DM'd plenty of Vocal authors on Instagram, I've met and collaborated with even more on a new Facebook group called Vocal Media Creators Hub. It's a private group where tips and tricks regarding getting more reads, staff picks, and challenge wins are shared. There's also a weekly thread where creators can share their stories in the hopes of securing more reads.

Aamir Kamal (the same guy whose SEO article I just shared), started the group last month, and it already has close to 100 members. I highly encourage any person who wants to learn more about Vocal to join! The Vocal Media Creators Hub helped me learn the first secret in this list, and also allowed for Aamir and I to connect. Thanks to the group, I was able to collaborate with him on a Youtube interview about Vocal challenges!

That's it for my list of Vocal secrets! Any secrets you know of I missed? Send a DM to my Insta account, @katyisaladybug, and I'll make sure to include it in another list.

Thanks for reading! Make sure to leave a like or tip if you enjoyed. Until next time. ;)