Wraith of Wrath, Part I

by Nightingale Silva 2 months ago in monster

When you have something attached to you, and it just won't let go, what do you do? Especially when it's of the paranormal variety... 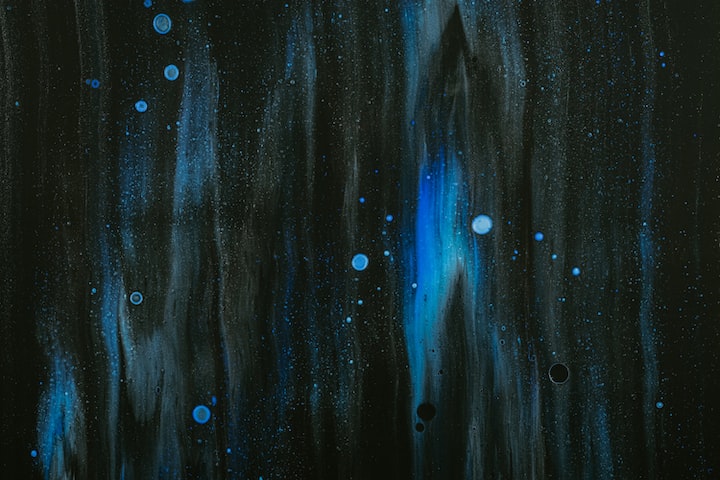 Have you ever heard the phrase, "Nothing good ever happens after 3 AM"? Well, it rings so very true, especially for those of us who have to deal with the paranormal. Have you ever woken up in a cold sweat, heart racing, mouth dry, almost as if you had just run the longest marathon ever? It happened to me, and whether you believe in ghosts or not, this story is quite a chilling one regardless of what you may or may not believe in.

Laying there, I felt the chills run throughout my body. I lay still, knowing that if I looked up it would be a horrible idea. I blinked a few times, feeling the tears seep from the outer corners of my eyes. I knew I wasn't alone, I could feel the denseness in the air. My body began to shudder, as I thought of all the possibilities of what could be in there with me. Was it there to torment me again like it had so many times in the past? For its own sick amusement, or did I deserve this for some unknown reason? My body began to shake more and more as the thoughts ran through my mind.

I peeked from beneath the comforts of my blankets at the wall next to me. My room was dimly lit, as I liked to leave the light on low before I gave into my slumber's gentle whisper. I stared at the wall for what seemed like an eternity, trying to gather the courage to actually look around and see what it was that plagued me night after night.

Up until tonight, I had always woken up too late. I was always already in its tight and frightening grasp. My body was frozen, unable to move, lucky if I could even breathe. But tonight, it's like it wanted me awake when it struck. My breathing became heavy. I tried to breathe softly but just couldn't help it. My heart was pounding, feeling as if it were to burst forth from my chest at any given moment. I had to face it, I had to see what came to torment me all these nights before.

I held my breath, and in one swift motion, I sat up, facing the end of my bed. Sitting up so quickly, my eyes had to adjust some to the contrast of light on that end of the room. Once my eyes adjusted, I could see something there, sitting on the edge of my bed. It was tall and had a smokey mist surrounding it. It was the pitchest of blacks I had ever witnessed in my life. It looked like some sort of wraith. But was this real, or was I imagining this? Was this just a nightmare, and this is was just a figment of my imagination that I had created due to my lack of sleep? Maybe this had all been one big nightmare - maybe, just maybe. I sat there, my chest heaving from my labored breathing. I was terrified. And it just sat there, motionless. I couldn't tell if it was staring at me as I could hardly even tell if it owned a pair of eyes. I could see nothing but darkness dark under that dark black hood.

But regardless, I felt some sort of piercing gaze peering into me. And at that moment, I heard it take a deep breath and in a low, guttural voice, it spoke.

"Yes?", it said in an angry tone, as if I were questioning it with my stare. In an instant, I was pushed back with such great force. The back of my head slammed hard against the headboard. My head throbbed with ungodly pain. I felt pressure around my neck, and before I knew it, my body slowly grew numb. And then I was frozen, I couldn't move. I was still conscious, though my vision was fairing poorly. Everything was blurry, and the entirety of the room was shaking. I could feel myself passing out slowly. All I saw in front of me was a dark, smokey blur. The pressure on my neck, my head throbbing, my vision blurry...

And I awoke suddenly, darting up to a sitting position in my bed. My head was throbbing. Probably a headache from not sleeping well, due to that hellish nightmare. I cracked my neck a few times, to get rid of the crick I got from sleeping wrong. I swung my feet out of the bed and onto the floor. It was good to be awake because that meant the nightmare was over. I got up and made my way to the bathroom like I do every morning.

I turned to the sink to turn the faucet on and leaned over it to splash my face a few times with the cool water. I stood up straight once again, wiping the water from my eyes, and then glanced into the mirror. Then I saw it, something on my neck...

With the water in my eyes impairing my vision some, I grabbed for a towel to dry them completely. I dried them and peered into the mirror further. There, upon my neck, were dark bruises and some scratches, as if some hand had tried to squeeze the life out of me - last night was no nightmare, it was real, and "It" really did exist. And I just knew it wasn't through with me, It would be back again, to finish what it didn't last night.

See all posts by Nightingale Silva →