by Jonathan Sim 16 days ago in movie review

Here's an idea for a movie: we have a group of people trapped, far away from civilization, and disaster strikes! They find themselves at the mercy of a mysterious creature killing them off one by one, and no one can hear them scream.

But this time, they aren't in outer space; they are...Underwater.

William Eubank helms this claustrophobic sci-fi horror film that begins with an opening shot that plunges us into the bottom of the ocean to the Kepler 822 Station, where an earthquake causes a catastrophic breach and the surviving crew must fight to survive, trapped at about...two leagues under the sea. 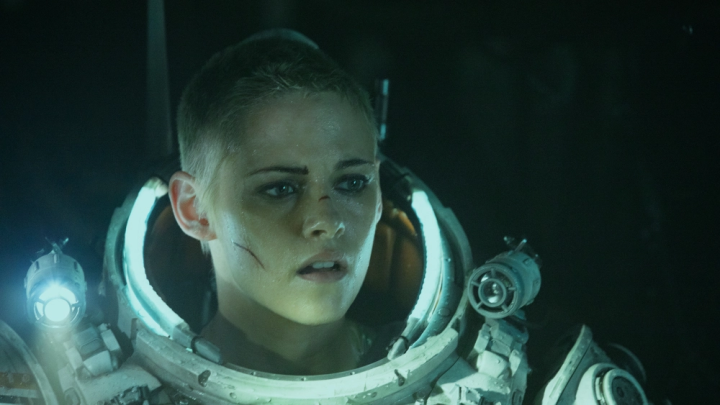 Now, if you read the introduction to this review, you may have thought this was some soft reboot to the Alien franchise with an updated setting (which you should have because that was the joke), but luckily, it's not.

What Underwater is is a fast-paced, intense thriller that draws you in from the opening scene and remains consistently impressive throughout its rather short runtime with some excellent direction and performances.

As the opening credits play, we get exposition about Tian Industries, the company that our characters work for; we learn about their goals and recent cover-ups, and shortly after, we are introduced to our protagonist, Norah Price (portrayed by Kristen Stewart).

This opening scene sets the stage for the rest of the film perfectly. Eubank builds tension perfectly throughout this scene with the looming score and a mirror that opens itself. Norah hears dripping, and then all of a sudden, water crashes through the ship.

From our very first scene, the audience is thrown right into the action, and the rest of the film consists of a perfectly paced 95-minute thrill ride jam-packed with tension and excitement.

When directors use shaky-cam during their action sequences, it usually gets on my nerves because it tends to make a scene nauseating and incoherent. However, Eubank utilizes this technique very well, and it allows the audience to feel as if they're in the scene, running with our characters. 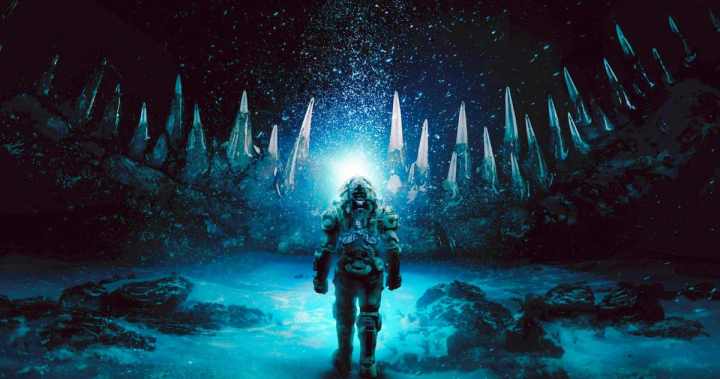 He also uses slow-motion shots throughout, where we can see sparks and drops of water hanging in the air, and this technique gave us some of the more aesthetically beautiful shots of the film while also illustrating the terror of what was happening to our characters.

The film's story is simple; people are trapped underwater, and they need to dig themselves out of their situation as more obstacles head their way.

While it's a very straightforward narrative (and not one that we haven't seen before), it is an incredibly exciting film that allows the audience to understand the dangerous situations the characters are in and how difficult it will be to get out of them. 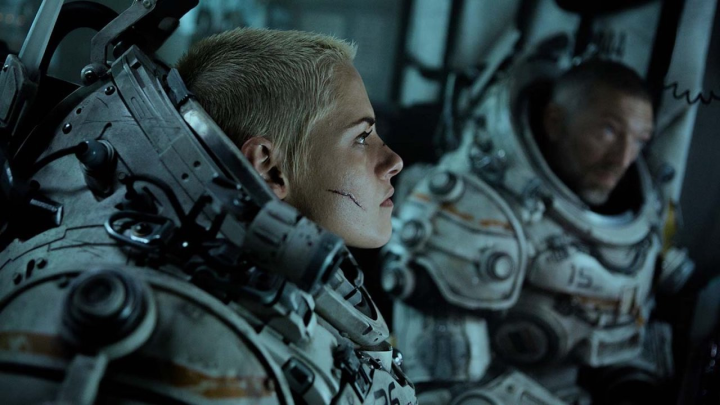 Besides the story's familiarity, the only issue is a subplot about corruption with Tian Industries, which had potential but was only alluded to at the beginning and end of the movie.

The film's tension is built not only through the director and the screenplay but also through the excellent performances from our main cast. While Stewart has garnered a bad reputation for her performance in the Twilight films, she has proven she is a very talented actress, and she proves it again with this film.

Another noteworthy performance is that of T.J. Miller's; his character provides comic relief, but Miller was also able to sell the terrifying situation that he was in alongside the rest of this outstanding cast. 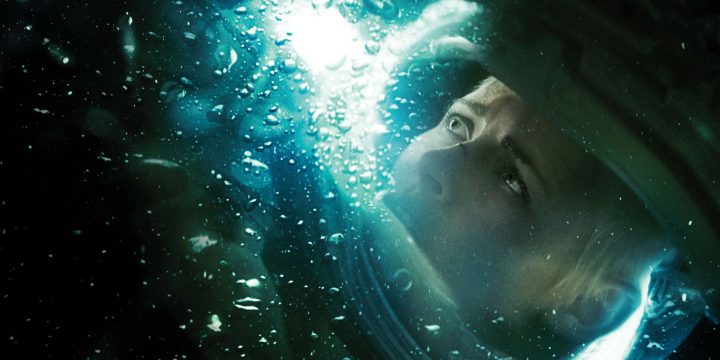 But the film's cinematography and direction are what make this film so much better than typical January horror movie schlock; for example, last week's The Grudge ended up being a poorly executed horror film with an endless supply of cheap jump scares.

However, this film proves that jump scares can be used effectively in a horror movie. They didn't work on me during The Grudge, but there was one in this movie that did a damn good job at getting me to jump back in my seat by not signaling me with the presence or absence of music.

Eubank also makes the wise decision not to show the monster in its entirety for the first two acts—films such as Jaws IV: The Revenge and House of the Dead tend to kill tension early on by blatantly showing us the villain too soon in the movie. 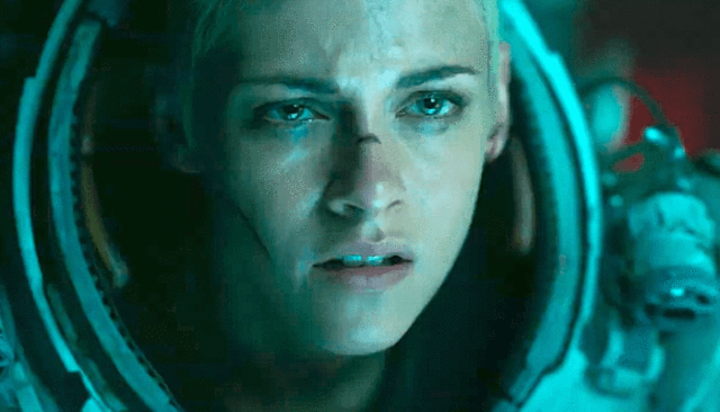 The best type of horror movie villain is one that doesn't need to be seen to be scary, and for the first two acts of the film, we only get glimpses of the monster that the crew is trying to evade.

Given that the film takes place entirely underwater, there is a tremendous sense of claustrophobia in this film, as characters crawl through small, dark spaces; there are many shots where the camera is inside Norah's suit, and it brings the audience into the scene with her.

However, while I have spoken highly of the film so far, I do not love this movie mainly because of one major flaw–the characters. 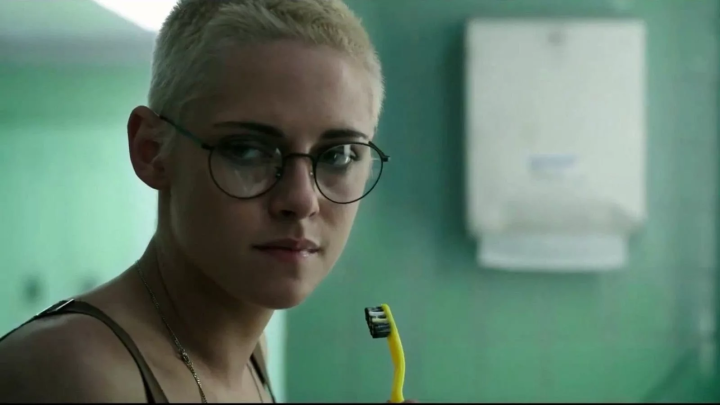 We don't have too many character-building moments in the film; Norah has a backstory, but it has virtually no effect on the story. None of the characters change or get affected by these events, and because of that, they can feel a bit disposable given that the writers didn't give the audience a reason to care about these people.

The attempts at character development end up boiling down to scenes where people talk about their dogs and another character who doesn't remember how old his child is. Besides this, the film is much more plot-driven than character-driven and doesn't care to give any of the characters arcs when it had ample opportunity to do so. 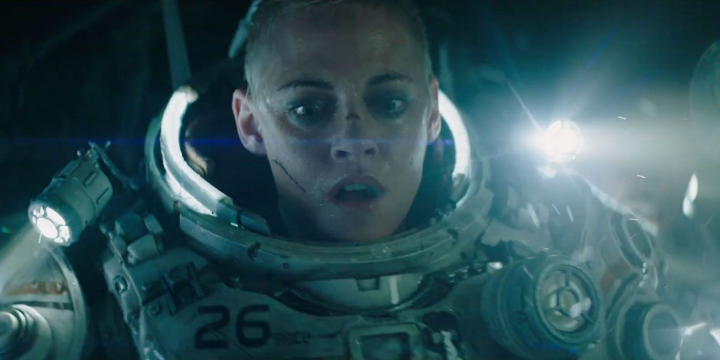 But overall, this film is an hour and a half of pleasure–wait, that sounds wrong. It was a lot of fun, it left me satisfied, and I was breathless throughout most of it.

No, wait–this still doesn't sound right. Annyyway, this movie is very well-shot, and while the premise of the film is derivative of films such as Alien or The Abyss, this movie does have a lot that makes it unique.

This is a film that grabs you and pulls you in and keeps your heart pumping for nearly its entire runtime. And while the characters are flat and the film slows down a bit after the second act, it has a well-written ending, and it's better than what we usually get from January movies.

Despite having just been released, this movie was filmed in 2017 and is only seeing its release now, which may be due to the Disney-Fox merger, and Disney may have just decided to dump this film in the middle of January.

While the film's ending leaves open the possibility for a sequel, I find it unlikely that this film will gain either the popularity or the box office money for a sequel to be made.

Because while this film is watchable, it doesn't touch upon any complex themes that it could accomplish, nor is it anything groundbreaking for its genre. Underwater is undeniable fun, but it doesn't stand out above other creature features.

If you like a good sci-fi horror flick, check this out in theaters, but if you'd like to watch a better movie, 1917 and Just Mercy have just expanded into theaters nationwide.

Now, I'd recommend 1917 because it was one of my favorites of 2019, and it recently won Golden Globe awards for Best Motion Picture - Drama and Best Director.

But until next time, thank you for reading and watch more movies!