by Mark J. Wilcoxen 10 months ago in fiction
Report Story

Another assortment of the unnerving 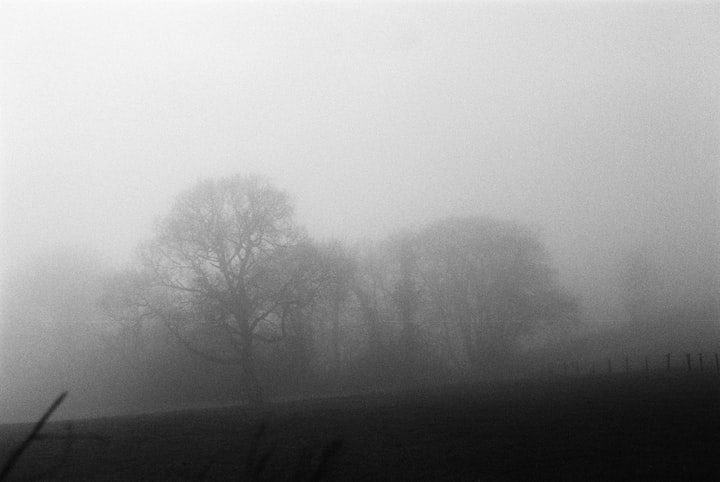 Photo by Gemma Evans on Unsplash

351. Rounding the corner Dale and Rachael instantly grew apprehensive when they saw the crowd. Before the couple could turn back everyone in the crowd turned to them and said in unison, "There is nowhere to run; there is only the gathering."

352. Did you know that the human digestive tract, mouth to anus, is approximately thirty feet long in adult humans. Trust me, I've ripped out enough of them to know.

353. My mother always warned me to never scratch the back of my head. Her warnings finally made sense once I found the zipper along the base of my skull.

354. Discovering a crack in one of his back molars, Brad scheduled an appointment with his dentist. His troubles hadn't really started until the creature hatched out of the cracked tooth.

355. Did you know that vampire hunters had to burn any wooden stake which pierced the still heart of an undead? If the stake wasn't destroyed and happened to touch the ground it would grow into a vile tree; intent on tasting human blood.

356. "Have you ever noticed the thickness of this door?" Cid asked me as he tapped on the door. He then started chuckling,"About an inch of wood is all that separates you from this knife."

357. "I really need to get cleaned up," stated Morgan while he looked in the mirror. He was covered head to toe in his blind date's blood.

358. Jeff, the keg with legs, was accustomed to waking up disoriented after a hard night of drinking. All his prior experience didn't prepare him for waking up as a severed head in a jar.

360. Knowing he could turn a profit, Owen began restoring his grandfather's old hotrod. While grinding off rust he cut open his forearm; the skin around the wound rapidly started to pit and discolor.

361. Gabby was so tired. Unfortunately for her killers she wouldn't rest until they too were among the dead.

362. Everyone is SO worried that hostile aliens will invade our planet by using their spaceships. They don't need a single spacecraft to reach us; our own mirrors will make sufficient enough portals for them.

363. I have to wear specially made glasses due to my condition. On occasion I make direct eye contact and watch people lose all hope when they see the empty abyss trapped within my eyes.

364. There are thousands of asmr artists with millions of videos all focused on aiding relaxation and sleep. Somewhere on the internet exists an asmr video intent on increasing stress and anxiety to fatal effect.

365. For shits and giggles, I followed a rainbow to its end and found a large iron pot. It wasn't filled with gold; just the gory remains of my predecessors.

367. After months of planning and preparation, Leon had finally pulled off the ultimate prank on his trickster of an older brother Leroy. If he listened carefully Leon could just make out Leroy's screams for help from his concrete encased house.

369. My dad got me this old muscle car with this persistent clunk. Eventually I discovered the sound's source to be a human skull trapped in the passenger door.

370. Flipping on the light, I check on the fish tank. From the murky water fleshless fish skeletons stare at me hungrily with empty sockets.

371. My latest art project, a wind chime, cheerfully clanks in the breeze. I found yet another creative use for human bones.

372. Staring at her phone Jesse stepped on a crack in the sidewalk. She instantly felt the break in the concrete travel up her leg and into her body.

373. I recently bought myself a beanbag chair. I accidentally tore it with the edge of my coffee table; millions of baby spiders came pouring out of the cheap piece of furniture.

374. Farmer Abbott built a twenty foot tall fence around an old barn. The barrier was meant to keep people from becoming food for what lurked inside the old structure

375. In his old age Seth regretted many things; like smoking for thirty years and cheating on his wife. He regretted trapping his best friend's soul in that willow tree the most.

376. There were many discoveries made during the Apollo missions that weren't shared with the public. One of the top five was the giant lock embedded in the lunar surface.

377. Imagine for a moment that our sun was a firefly. Now imagine that firefly was caught in a spider's web; that's the situation we're currently facing.

378. Have you ever rewatched an episode to a series you watched years ago; let me guess, not quite like you remembered? Your memories were edited; by who I've yet to recall.

379. In 1964 an empty sarcophagus was discovered in a dig hundred miles north of Cairo. The oddity was soon filled when an unseen force pulled a researcher inside and closed the sarcophagus' lid shut.

380. At 3:47pm every clock, from the cheapest wrist-watch to the grandest clocktower, stopped. There was nothing wrong with the time pieces; the universe simply stopped expanding and all matter stopped moving.

381. A guy with sunglasses has been sitting, statue-like, outside my shop since the early morning hours. Thinking he was hungover I tried to wake him up; removing his sunglasses I saw a large grub-like creature lurking inside the man's hollowed out head.

382. Have you ever heard of the Dark Watchers in the Santa Lucia Mountains? They see a great deal from their mountain perches; they're currently watching you read this.

383. Anyone remember the Shoemaker Levy-9 comet that marred Jupiter? Just be thankful that they decide to give us a warning shot in response to the voyager probes.

384. I beg you, for but a moment, to consider that ghosts are real. All the spirits of the dead would vastly outnumber the living a million to one; they would be everywhere.

385. Against my better judgement I opened the urn. A wicked grin greeted my eyes from the depths of the small vessel.

386. The sound of iron striking against stone rang across the village like it had for countless years. All the villagers knew it was only a matter of time until the golem broke free and exacted its revenge.

387. Water courses throughout the whole of our planet and the bodies of every living thing; picking up bits of information from its host along the way. One day when it's done learning the fluid will withdraw itself from everything.

388. Jacob hammered the floorboards back into place. His efforts were futile as more hands aggressively pushed against the wooden planks from beneath.

389. In any hurricane, from cat one to the nightmarish cat five, people are ordered to stay sheltered inside; the official reason is that they could be struck by flying debris and that is a very real possibility. That however, doesn't explain how some people died of heart attacks when they're out in the storm; those poor souls were unlucky enough to encounter a Storm Shade.

390. "There's another option other than fight or flight," Theo stated calmly. "Demise," he said over the microphone as he switched through the camera feeds of his victims, "Let's see how many of you survive the next hour."

392. Quinn poured himself another cup of bourbon. He hoped the alcohol would dull the pain of his transformation when the full moon rose.

393. Starbase fifty-seven's last transmission was unintelligible; so a ship was sent to investigate. The vessel's last message was understandable as the whole crew screaming in one voice, "This place is ours; stay out!"

394. Soon researchers will discover the deepest secret of the human mind. At the core of our consciousness is the knowledge that each and everyone of us is merely a figment in the imagination of an ancient being.

395. I got a call from dispatch to investigate an accident on an old country road. Pulling up to the wrecked vehicle, I was puzzled to see it was a sheriff's car; terror gripped me when I saw that the body in the front seat was me.

396. Heather looked over her shoulder as she walked through the dark alley on her way to the dumpster. It would only mean more work for her if someone saw her dumping the body.

397. Jack and Jill went up a hill to fetch a pail of water. The monster up there didn't want to share; so it tossed their lifeless bodies asunder.

398. Little Billy's mother never let her son play in rain puddles. One day, after a fresh rain, when his mother wasn't looking, Billy jumped into the largest puddle; he was instantly seized by power hands and dragged deeper in.

399. Dreams are where we're free to have anything we want. Nightmares are where that which hates us the most is allowed to torment us.

400. On the night of May 16, 1978 Cheryl Keter was killed, on her way to her vehicle, in a mugging that quickly turned hostile. Every year on the anniversary of her death that parking lot and the adjacent businesses are closed; this effort is to spare the living from encountering Cheryl's rage-filled spirit.

Dreaming up stories is like breathing to me. I'm a fan of horror, fantasy and science fiction. I'm seeking to add my own small contribution to the literary world.

More stories from Mark J. Wilcoxen and writers in Horror and other communities.