The Night of Dead Thursday

by Kohlson Doty 2 months ago in halloween
Report Story

The most dreaded day of the year... 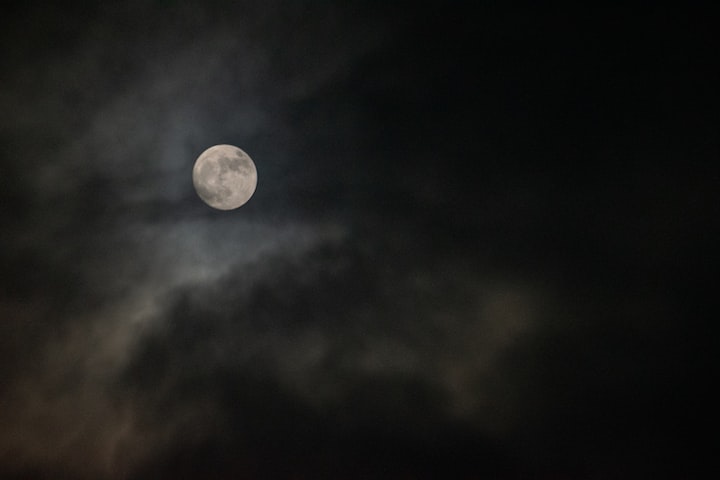 Photo by Avery Cocozziello on Unsplash

It was that time of year again, the third Thursday in October, otherwise known as Dead Thursday. All was quiet on this particular day, and particular night for that matter. Nobody was at work, or in school. Everyone stayed in the comfort of their own homes, and did not leave for any reason: not to socialize, run errands, or even get mail. The chances of dying in a car accident, or being murdered, on this day was nine times out of ten.

At night, it was even more eerie than ever. It was dead silent. The crickets were quiet. The frogs by the creek also remained quiet. The owls did not sing their signature hoots. The bats remained huddled up in their roosts. Not even the black snake was lurking about. The only thing that all living creatures knew, was that anyone who was out and about on this particular Thursday, especially during evening hours would somehow die, or mysteriously vanish, never to be heard from again.

It was as if an evil force cast a curse upon this day to kill all living things who left their homes. As for the people who did the killing, it was as if they were possessed by a supernatural force that day, programmed to kill any random person they saw. For all you know, the killer could be a stranger, or even someone you think you know and trust, such as a friend or relative. However, by the following day, they would have no recollection of anything that happened or what they did the day of their possession. They would then catch the day's news about the horror that was yesterday's massacres and the mysterious deaths of many. It was the equivalent of drinking so much alcohol to the point where you have no idea what you are doing, then you do something very impulsive, dangerous, or illegal, or something you otherwise would never ordinarily do. Then, you would wake up the next day not remembering a thing about it, but seeing and hearing all about the aftermath of it all. Nobody ever knew why such things happened on this day, but they did know that this day was one to be dreaded.

On this very Thursday night, the third one in October, two young lads were curious as to how this particular day earned its name. As they left their house in the dead of night, they were bewildered by the eerie silence of the crickets and frogs, why the bats remained roosted, why the owls were not singing their signature hoots, and why even the black snake, of all creatures, remained hidden. There was no sound of the wind, not even a small breeze. In fact, the only remotely normal aspect of this night was the full moon which lit the way for these poor foolish mortals, wherever they happened to be going.

As the lads trekked further away from home, they found themselves deep into the forest. It only got darker, and even darker, and so quiet to the point where they could not even hear their own footsteps. Just when things could not get any creepier, all of a sudden, they heard a very loud, piercing scream like that of a banshee. The scream got louder and closer to the poor lads, and suddenly, they vanished, never to be heard from again. They learned the hard way as to why on this very Thursday, the third Thursday in October, nobody ever leaves their homes, and how it earned the name Dead Thursday.

This October, be certain to check your calendar and verify that it is not the third Thursday, for if you exit home, you enter death.

More stories from Kohlson Doty and writers in Horror and other communities.