by Megan Malcolm 3 months ago in fiction
Report Story 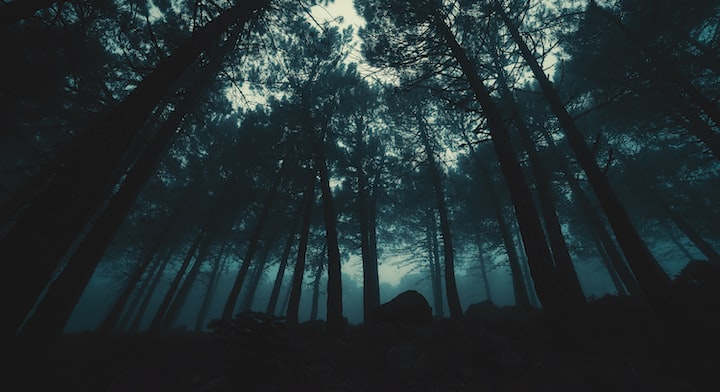 The cabin in the woods had been abandoned for years, but one night, a candle burned in the window. You’ve jogged past the cabin a thousand times, though you know your mother would be furious if she knew. There’s something about the woods at night that feels so liberating, invigorating, and yes, maybe even a little spooky. A little unsafe. So you changed your usual course a while ago, and maybe that little tingle of fear, that invisible, primordial pressure on your shoulders, makes you run just that much faster. And what could be wrong with that? Not a thing, of course.

So you jog through the woods at night.

And you pass by the little run down cabin, barely more than a shack, really. Set back from the road a bit, but not too far, barely visible unless a car goes by or the moon is bright. You’ve wondered, at times, who might have built that place, and for what purpose. It’s not particularly close to town or convenient to anything at all, but it’s still too close to civilization to make a worthwhile escape from the world at large. So it sits, silent and sleeping, a tumbledown pile of haphazard siding and mossy shingles on a rarely used road, as much a part of the landscape as a rock or a tree, and you pass by on your way and give it maybe a moment’s thought, or maybe you don’t notice it at all. But tonight, there’s that candle in the window.

At first, you thought maybe a car was coming up and the windows of the cabin, miraculously intact after all these years, had snagged the glare from the headlights. So you pop out your ear buds (another thing that would elicit a lecture from Mom) and you move over to the shoulder, but no car passes. Come to think of it, you haven’t seen any cars tonight. That’s a little strange, but not too strange, so you don’t dwell on the thought. You’re looking at the candle in the window, and for a moment, your mind goes blank. Then you feel, for an instant, that you’ve forgotten something, something important, and your chest hitches, and your stomach clenches, but only for an instant, and then the feeling is gone.

The candle flickers in the window.

You think that there must be other candles, or some other lights inside the cabin, since the glow from the windows is so bright. The night is overcast, the cloud-dense sky feels close and thick, but the cabin is clear as day down the short gravel driveway that leads from the road. You notice, in a way you haven’t before, that the land around the cabin is completely clear. The weeds in other clearings that you pass on your nightly jogs are knee high at least, but here there are no jagged brambles, no whispering grasses, no greenery at all. Just the hard packed earth, the gravel driveway, and the trees on all sides stretching high overhead, stretching up and away from the glow of the cabin’s light to fade and disappear into the black night sky.

The gravel of the driveway crunches under your feet.

You hadn’t noticed at first that you’d been walking, that you’d left the road behind, until the sound of your footsteps on gravel. The night is so quiet and dark. It seems so much darker than usual. You must have started your run tonight later than you usually would, and you’re feeling a bit out of it, it seems. That little tremor of trepidation ripples up your spine, the sense that you should keep moving, always moving, and quickly. Just in case.

But now that you find yourself on the driveway, why shouldn’t you go take a peek in the window? If some axe murderer wanted you dead, you’d be dead already, without the added fuss and ambiance of a candlelit cabin. It’s someone from the community college film department making an homage to Eli Roth as their final project, or some wannabe ghost hunter kids scaring themselves with a Ouiji board. It’s nothing, just a candle in a window left by someone with motivations that were far more likely to be banal than nefarious. Right?

It occurs to you now that maybe you’re being extremely stupid, but now you’re walking again. Because something about the light in the cabin feels familiar. You have a sense that the cabin is warm, and you are suddenly aware that you feel so cold.

When did it get so cold?

You wonder what the cabin might smell like inside? Any other night, you would have guessed mildew, but now, with that buttery light spilling out of the window, with that little white candle, flame bobbing jauntily, winking at you…

You think the cabin might smell like the old bookshop in your hometown, or maybe your grandfather’s pipe, that dusky vanilla smell that you can’t seem to find anywhere anymore. At once, you’re sure that that’s exactly what the cabin smells like, and you want to run to the door and fling yourself inside, out of the heavy darkness and into that warmth…

The air suddenly feels thick and icy, and you’re stuck.

You try to catch your breath and realize you can’t.

You don’t belong here, you’re just out for a run.

But inside the cabin it will feel like home. You hear voices inside, and one of them sounds like your mom.

You can almost make out what she’s saying, and it almost sounds like she’s crying?

Something is wrong. Was there a car? A car with no headlights, and a wall of pressure, an instant of cold, then the gravel and the thought that your mom would never forgive you. Your chest is so tight, and the night is so cold.

The voice like your mom’s voice, she’s saying “let go.” She’s saying it over and over, as the other voices mutter together.

You’re there on the gravel again, you’re there and it’s like it just happened, and if you just go into the cabin, it will all make sense. Right?

And so you jog through the woods at night. What could be wrong with that?

More stories from Megan Malcolm and writers in Horror and other communities.