Somewhere in the Woods

The Plight of the Fugitive 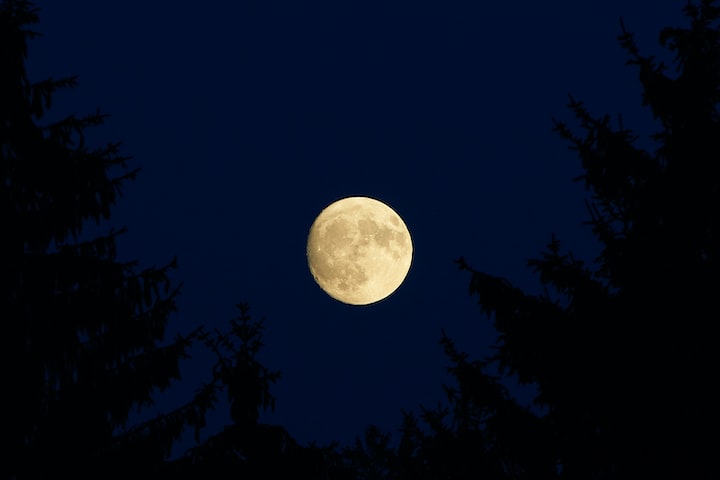 Photo by Dominik Fischer on Unsplash

Jurgen tripped over a branch and fell face first onto the forest floor. He spat dirt and branches from his mouth as he caught his breath. He listened for the bark of the bloodhounds. He rose to his knees and listened anxiously. He shivered as he listened for the excited barks of the hounds. They were out there, somewhere. But they had become fainter. Jurgen closed his eyes and offered a silent prayer to a God he did not believe in. He knew if he was caught, he was a dead man. Minute by minute the sounds of the dogs grew fainter. They were heading north and away from him.

Three hours ago, with the gendarmerie less than a half behind him, Jurgen spotted a wide brook that ran west to east. Without thinking he waded into it and began traveling eastward. It was early March, and the frigid water froze his legs and testicles. After one hundred meters, he stepped out on the far bank and disappeared into the forest. The police were still on the far side of the brook. After the brook turned north, Jurgen re-crossed the stream and again disappeared into the forest. He kept up this zigzagging in the hopes that the dogs would lose his scent. After two hours, he was sopping wet and chilled to the bone. He couldn’t go on like that. So, he retreated deeper into the Black Forest. He kept moving in the hopes of drying off before the sun went down. Behind him was the constant sounds of the bloodhounds.

Jurgen stood and walked upslope until he came to a clearing. To the east sat a large meadow where sheep and dairy cows grazed. Quietly, Jurgen retreated into the woods, not wanting to alert any sheep dogs. The last thing he needed was to alert the local yokels. After a half hour, he came across a trail, and a grotto which had been carved into the hillside. Inside of it was a statue of Our Lady. The remnants of a dozen or so candles surrounded her. Jurgen looked closely at the statue. It was defaced, as if something had scratched the statue. There were deep scratches angling down and across the icon. Jurgen left the grotto and continued east and uphill of the trail. He figured the trail was once used by pilgrims heading south towards Italy. He heard of such paths that were once very popular with the devout. Jurgen continued eastward struggling with every step up the slope of the never-ending hill. Finally, he reached the summit.

The forest rapidly thinned at the hilltop. Jurgen collapsed on the cold hard ground. He was filthy, exhausted, hungry, and cold. His socks and boots were soaked, and blisters had formed on both feet. Jurgen watched low scud clouds quickly move quickly under the guidance of a northeasterly breeze. His mind wandered and he closed his eyes. He thought of how nice a steaming bowl of goulash soup and a cup of mulled wine would go down. Jurgen shivered as he began to sleep.

For a moment, his mind returned to the riots of 1849. He remembered beating a policeman, before he himself was beaten senseless. His comrade Detlef had to drag him out of the melee in downtown Berlin. Detlef hid Jurgen in a tenement in Wedding. Since that violent day in Berlin, Jurgen had been on the run. His friend Detlef meanwhile had emigrated to New York. But Jurgen settled in Freiburg near the Swiss border. He worked as a day laborer before someone had turned him in to the police. He was arrested six months ago and sent to a prison for assault and sedition. He knew he should have considered himself lucky that he was not returned to Berlin. Instead, Jurgen was confined to the prison in Schwabia. His sentence was ten years hard labor for assaulting a police officer, and anarchy. He learned very soon that anarchists were persona non grata in prison. Jurgen was beaten, sodomized, and he was without friends. After a month, he knew he had to escape or commit suicide.

It was yesterday that he made his escape. It was an all or nothing attempt. He knew if he failed, that his life would get even worse. Yesterday he murdered a prison guard while on a work detail outside the prison walls. He remembered a quote from long ago, when he was a schoolboy, “Desperate times call for desperate measures.” He had no idea who said that. But laying on the frozen heath miserable as any human could be, he understood the quote perfectly. Never in his life did he ever think of himself as a murderer. A common criminal, yes. A Revolutionary, yes. But killer? No. Yet, it was his own large hands that broke the neck of the guard. Herr Schultz was his name. A vicious bully, who used his position to torment those he guarded. Schultz never knew what hit him. Jurgen simply attacked him from behind and wrapped his shackles around Schultz’s neck. Schultz’s neck broke immediately. Jurgen, ignored the other prisoners, who looked on in a state of disbelief. He removed the keys from Strauss’ belt and freed himself. Jurgen had run into the woods long before any of the guards reacted. Jurgen had been on the run for a day and a half. There was no turning back, now. Murdering a prison guard meant a quick trip to the gallows. That was, if he was lucky.

Jurgen woke with a start. His body shivered. His filthy grey prison clothes had frozen while he napped. Jurgen also noticed his hair and dirty beard had ice caked on them. It had to be close to sunset. Exhausted and feeling lightheaded, Jurgen walked off the hill and reentered the forest. Before disappearing into the woods, he noticed that the clouds had thinned, and a bright harvest moon rose over the eastern skies.

Immediately upon entering the forest, a feeling of uneasiness fell over Jurgen. Something was watching him. He stopped and allowed his eyes to adjust to the forest gloom. He heard an owl hoot somewhere to his right. Yet, there was a stillness to these woods that felt unnatural. Last night, while on the run, he came across foxes, wood chucks, and once even a buck. They all ran from him. The forest was alive with wildlife. Now, everything seemed unnaturally peaceful, dead. The birch trees stood in disapproving silence. Other than the owl, not even a chipmunk stirred. Jurgen shook off the feeling and continued to walk, using the intermittent moonlight as a guide.

The frozen ground crunched under Jurgen’s boots. Narrow slivers of moonlight shined through the forest canopy. For a moment, Jurgen was reminded of a church in Berlin during the morning vespers. He did not notice the woman stood fifty to his front, who was partially hidden in shadow.

Jurgen stopped in his tracks, as the woman stepped forward. She was tall and slender. Long brown hair fell to her shoulders. The woman possessed a round face and cheerful dark eyes. She spoke with a heavy foreign accent. It was when she walked directly into the moonlight that Jurgen first noticed that she wore no clothes. Her breasts were medium size and she had wide hips for her height. Jurgen asked, “Why are you out here in the chilly night? Why are you naked?” Strangely, the sight of the woman excited no arousal in him. The temperature had dropped suddenly. And Jurgen could see his breath in the air.

The woman smiled, “And why should I wear clothes? I am in my own house. Does my nakedness offend, thee?”

Jurgen did not know how to answer. Obviously, this woman was insane. But it bothered him that the cold had no effect on her. And when she spoke, she exhaled no condensate. He said, “If you don’t mind, fraulein, I need to be somewhere.”

The woman’s smile disappeared, “You are not like the other men, I’ve known. Do you not think I am pretty?”

The woman was off her rocker. Jurgen was about to say he was leaving, when the woman’s head turned at looked up at the rising moon. “Look! Have you ever seen such a beautiful sight? M-am uitat la el de o mie de ani și încă îmi place să-l văd? Don’t you agree?”

“I suppose. Where are you from? I didn’t understand your last sentence.” Jurgen backed-up. He did not like the way this woman looked at the moon. She was not insane. There was something terribly wrong with her.

“It matters not where I come from, lonely traveler. For I have lived in these woods, this forest since the Haus Hohenstaufen ruled these lands.” She turned her gaze away from the moon and looked at Jurgen. “They had knights that used to hunt us” The woman smiled. “But the hunters became the hunted. We have feared from mortals since King Alaric roamed these forests. Do you know who he was?”

Jurgen shook his head. He was no longer looking at her body. It was her eyes that fascinated him. They looked feral, as if he were looking into the eyes of a dog. “No, woman. I never met anyone named Alaric.”

In the distant, a wolf began to howl. The woman again smiled, “Listen! My brothers wake!”

Her words jolted Jurgen from his trance. “What? Those are wolves, woman.” Another wolf responded.

“Of course, they’re wolves. Do you know we hunt in packs?”

Jurgen took another step back. It just was not the eyes of this crazy woman who frightened him. He said weakly, “I think it’s time for me to leave.”

The woman walked closer to Jurgen and put her slim fingers on his broad shoulders. She looked up at his face. Jurgen was too frightened to move. She possessed a strange hold over him. He was too afraid to move. He had a feeling that if she wanted to, she could tear out his neck. She whispered, “I enjoyed our conversation, traveler. I agree, it is time for you to run. My brothers will be here soon. And in a few minutes, I must obey the light of the moon. We will be hungry. I suggest you run. Run now! Departe cu tine!”

The woman lowered her hands. To Jurgen’s horror, her fingers had grown. Narrow sharp talons had replaced her fingernails. As she smiled, Jurgen saw four sharp fangs where her teeth should be. He turned and began sprint.

Jurgen did not look back. He sprinted through the woods in a state of desperate fear. I think she intends to eat me.

By stroke of luck, he came upon a clearing, and a small farmstead. There was a wooden barn and a small brick house. He did not knock before entering. Instead, he opened the door and ran inside and slammed the door shut.

There were three small bedrooms, a kitchen and living room. An outhouse stood out back. Jurgen relaxed a little. No one was home. He was in luck. He did not care where the owners were. He just wanted to survive. Jurgen found a candle and lit it. He was surprised to see that a crucifix hung upside down on the far wall. Beneath it was a portrait of three people. He walked to it and screamed. The portrait was of two brothers and that strange woman.

Suddenly, Jurgen heard growls outside and the front door opened.

Under the bright Harvest Moon, a scream echoed through the Black Forest. A nearby wood owl took flight. Darkness returned to the cabin and the air again became still.

I live and write somewhere in the US

Receive stories by JP in your feed
JP
Read next: Family Whispers