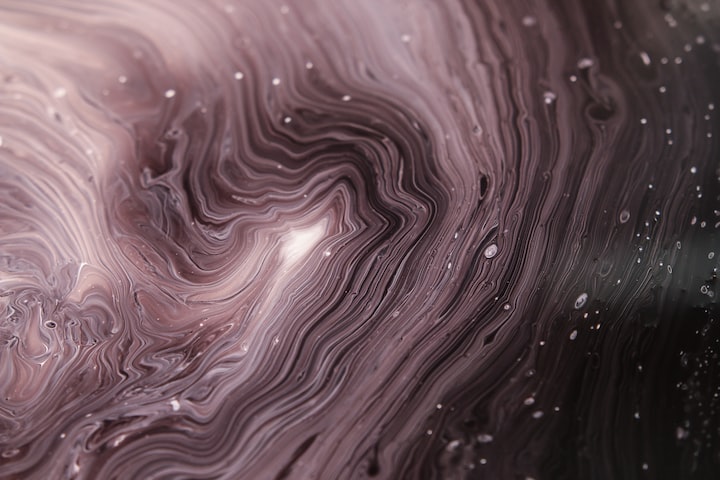 Photo by Adrien Converse on Unsplash

But this astronaut was hearing them filtering through the static of the intercom. She was too afraid to move so she sat still curling her fingers around the cold metal of a crucifix that hung preciously down in front of her throat, offering her some comfort. The astronaut closed her eyes and muttered a prayer under several deep heavy breaths.

As she opened her eyes she gasped, right in front of her, in front of the ship window was a strange new planet that wasn’t there before. Not a moon, not a meteorite but an entirely undetected planet. A couple of seconds ago, this planet didn’t seem to exist, it simply wasn’t anywhere to be seen.

She checked the flight path coordinates on the control panel, it was working fine, it was impossible for her to veer off route, the orbit tracking system of the surrounding solar systems could not be playing tricks with her as it was constantly updated.

She knew this because she had analysed every constellation & lone star and every surrounding planet in this galaxy. This planet was far too big… that there was no way she could’ve missed it. As much as she thrived in delight for this discovery, she was also slightly afraid. As adventurous as she was, she preferred being amongst areas of space she was familiar with, she was not a fan of the unforeseen. She looked out through the curved window at the front of the spacecraft, analysing the contours and texture of the newfound planet.

She leaned forwards to speak into the radio intercom, extremely overdue in responding to the screams she had heard. “Come in.. come in.. does anyone copy..” But then stopped dead in her seat when she saw something out of the window. A large lump formed in her throat preventing her from being able to breath.

She saw… something that… no person was supposed to see in the dark loneliness of space.

The thing smiled with bared teeth and wide eyes. The pupils of its eye seemed to stare directly at her despite how comparatively tiny she was to it as she should have appeared microscopic to the creature considering its size.

She stared straight back at the face, the planet between them slowly moved aside revealing a full visual of the unfathomably large being.

Its skin was dark… barely visible amongst the blackness of space, but also covered in bulging blisters that pulsated with elements of colour. After a few moments she realised that the blisters appeared to resemble planets, embedded into the surface of its skin… constantly forming and growing, like zits waiting to be removed. The creature itched at a large area of blank skin, where the planet between them must have recently been removed.

The being was almost invisible against the background of space. One of the only reasons she could see it was because of its eyes and teeth.

Its finger and thumb surrounded the edges of a white spot that was bulging in its skin and scratched it, then squeezed hard, reacting similarly to how a human would remove a spot from their own face.

After a few moments the creature successfully removed it and disregarded it, leaving the white spot suspended in space. The creature flicked it away. The white ball began to orbit around the planet in front of it becoming its moon.

The spaceship continued on its autopilot path carrying its helpless passenger towards the being.

The creature had turned its attention away from the spacecraft and blinked a few times. Then opened several more pairs of eyes.

The creature slipped its finger into it's surrounding eyelid for one it's eyes revealing pink flesh on the underside of its eyelids much like a human's. Its eye becoming more bloodshot as it curved it's finger into it's head and pulled it's eye out. The creature screamed in pain. But nobody can hear a scream in the vacuum of space.

The creature held one hand over where its eye where it had been removed while its other hand held it tightly cradling it in the palm of its hand. It breathed on to the eye, and suddenly it burst into flames. It let go of it, as the heat scorched its hand and left its burning eye suspended in the zero gravity of space. As it moved away from the burning eyeball the other planets began to slowly surround it as if requiring warmth.

The astronaut continued clutching her fingers around the small metal crucifix that hung in front of her tightening throat. Her hand started to shake uncontrollably as she held onto it . Snap. The small cross broke off from the fragile chain necklace surrounding her neck.

Her whole body shivered in fear as her fingers loosened on the crucifix, letting it slip between her fingers and it dropping with a gentle clatter onto the floor.

The giant creature snapped its head around, it removed its hand leaving its horrible pink eye hole exposed. It stared at the tiny spacecraft, seemingly aware of the cross as soon as she dropped it.

The astronaut’s lips continued quivering. Her unblinking red rimmed eyes strung tears down her cheeks. Threads of drool leaked down her chin as she stared back it. The only word she could fathom from her lips was “My god.”

More stories from R.M. Marsh and writers in Horror and other communities.