by Margaret Minnicks 4 months ago in movie review

'Assimilate' is a new horror science fiction movie on Netflix.

Assimilate is a new horror science fiction movie released on Netflix on October 25, 2019. The movie was made with a small budget and has a small leading cast. Even so, those two things do not take away from the story.

The film is worth watching if you like a combination of science fiction and horror. Some elements you might have seen in other movies, but the story is so good that the elements are worth seeing again in this new film.

When the movie first starts, there is nothing unusual about it. Two friends are seen making a web series about their hometown in Michigan because they think the town is boring. Within minutes of the movie, the boys find out that there is nothing boring about their town. They notice that people are disappearing and others are beginning to behave in very strange ways.

With their camera in hand, they begin to investigate. They discover that something that looks like a rat is biting people, and once they are bitten, they become a copy of who they were. They keep their original appearance, but they are different inside with no memory of who they once were. After they are bitten, they become a clone. Then the original has to be destroyed. Their mission then is to bite others.

When the two boys take their concern to the police with proof on their camera, no one believes them. The people who have been bitten are out to get those who have not been bitten. Zack, Randy, and Kayla end up being chased throughout most of the movie. Watch the movie to see if they are eventually bitten.

In one scene, they run into a house. The group of hundreds of bitten people do their best to get in. When they can't, they ban together and literally push the house over with the trio inside. Watch the movie to find out which friend sacrificed himself for the others. 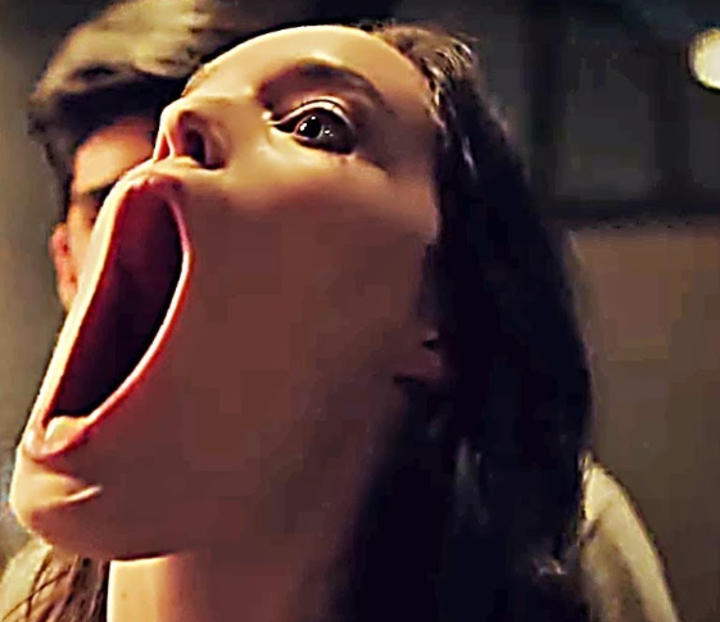 The cast of Assimilate is made up of three young actors who work well together. Even though they are young, you probably have seen the teenagers in other movies because they have had starring roles in several movies.

Zack is played by Joel Courtney, who starred in the 2018 Netflix's The Kissing Booth. The 23-year-old actor also starred in the 2011 movie Super 8. He also had a role in the CW series The Messengers. He gives a solid and engaging performance in Assimilate.

Zack's best friend is Randy, played by Calum Worthy, who starred in the HBO movie The Act that was based on the life of Gypsy Blanchard. Also, the 28-year-old actor was in the Netflix series American Vandal and he’s in the YouTube Original horror drama The Thinning: New World Order. Even though he is a young actor, he had a few significant credits.

Kayla is played by Andi Matichak who had a role in the 2018 Halloween movie. The 25-year-old actress is a friend of Zack and Randy in Assimilate.

People Behind the Movie

Assimilate was directed and co-written by John Murlowski. This is his 25th movie as a director. Critics say this is his best movie. The co-writer of the script is Steven Palmer Peterson. This is his fifteenth movie as a writer. He and John Murlowski have worked together before. At first, they titled the movie Replicate. Both words, "assimilate" and "replicate," have similar meanings.

What Critics Say About Assimilate

The only drawback to the 90-minute movie is that critics have said the ending is too long. Even so, it does not take away from the pleasure of watching the movie.

The suspense is what most people like about Assimilate. For once, a movie is not predictable. Therefore, viewers could not guess how the movie would end. The ending was such a surprise that viewers were still gasping as the credits rolled. This is a horror science fiction movie that will have you thinking about it long after you have seen it on the screen.