by L R Croft 7 months ago in fiction
Report Story 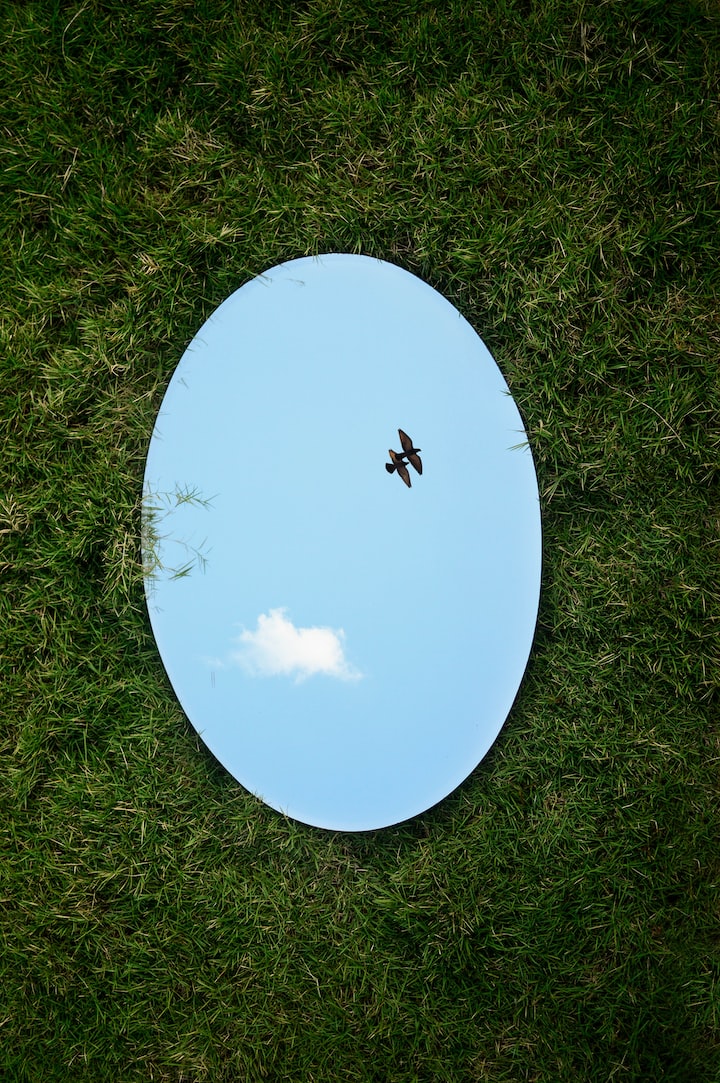 Photo by Jovis Aloor on Unsplash

If you know something truly terrible is about to happen, do you tell someone? Do you try to prevent it? If so, who do you tell? How do you stop it. The correct answer to this is no, and no one. I know that sounds awful, but I can explain.

When I was little, I started having these dreams. They were weird. I had a mom, and she kept calling me Lyric. I thought, at first, it was just my mind playing with me since I have always wanted a mom, and Lyric is almost as ridiculous as my name. I blew it off for a while, especially since dream me looked exactly like real me in the mirror.

One night I had a terrible nightmare. I dreamed I was in a house. The house in my dream was nothing like the house I really live in. I had never seen anything like it before. It was taller than houses here, and made of funny stones. It was sectioned into smaller rooms, many for different purposes. There were funny holes in the floor where warm air came through. There was no fireplace.

In my dream, the house caught fire, and dream me was trapped. It got so hot, and I couldn't breathe. I woke up gasping and crying. That's the night I learned the truth. I have a sister. Her name is Lyric. She lives in a realm of humans, with our mother. I learned that the dreams I have are her future. It is my responsibility, my father said, to keep her safe. I am not to let her know I exist, just keep her safe and alive.

When I travelled to the human realm, I learned three things. First, humans are loud. There is noise everywhere and it is so overwhelming that I almost broke down and cried. They don't even notice all of their noise. To them, this is normal. Second, humans smell bad. There are a million nasty smells all over them. Some of these scents are just human odor, others are things they adorn themselves with. Some of the smells are the realm dying around them.

The third thing I learned is that humans do not care about one another. They kill each other indiscriminately. They destroy the world around them to gain more resources than other humans so that they can control them. They let each other starve. They make each other do pointless tasks for something called money, which they then force them to use to trade for food, clothing, homes. If they don't have enough of this money stuff, they just have to go without. Their wee ones are not excluded from this.

I have never seen a creature so removed from nature that they seem to rush to get away from it as I would rush to escape an angry wolf. I guess this is why their lives are so short and they are so prone to disease of the mind and body. Regardless, I am not a fan. It makes me weep when I have to see what they do to their mother.

Anyhow, as I was saying. I saved my sister from that house burning. Then there was the crash. Those things led to her remnant becoming as real as she is, and trying to replace her. It is never pleasant to kill something that looks like a child, even if you know it truly isn't. Even if you are also a child.

I guess I went off on a tangent or two. So anyhow, I went to the fire department the night of the fire. I told them what was going to happen. The looked at me like I was suspicious, and treated me the same. They said the only way I could have this information beforehand, and not be a complete wacko (I am still not sure what that word means, so maybe you can explain), is if I plan on setting this fire.

I spent hours being yelled at by these men before it was finally too late and they got a call that there was a fire and had to put it out. They would not listen to where you were, where mother was, and how to save you. I had to use the old magic to get there and get her out before those windbags showed up. She was still asleep. I left her wrapped in the big cloth thing from her bed, sleeping on the grass.

The night of the accident, I called the urgency? emergency? that number that gets healers and brutes to come. I think you call your brutes police? Anyhow, I called that number and told them hat was going to happen. I told them where, and when. They told me I needed to put my mom on the phone and someone needed to teach me not to play games with their number.

I am telling you right now that it was not the driver of the big one's fault. I only know because I saw the remnants jumping off the side of his truck, I think that's what they called it. A truck. The back went sideways just as my mother and sister came around the curve, no time to stop. She drove over the edge, down the sheer face of a mountain. They would not have even survived without the magic.

I am telling you all of this because you need to know the full story. You need to know that it is not necessary for them to think you dead. They have to simply impacted your life enough to create instability. You have not been particularly stable since the incident downtown, have you? My sister had great intentions, and really, she did a lot of good. She is still learning these things.

You sound like you are trying to tell me something important, but I am so confused about-

SHHH! Don't interrupt. I need to tell you, you can't leave yet. I saw your remnant in the parking lot. I followed her to your room here. She marked the door. If you want to make it out of here alive, you need to do everything I say, and nothing else. I think it's time to bring my father in to this...

More stories from L R Croft and writers in Horror and other communities.