In search of ‘The Ticky’.

by Simon Curtis 8 months ago in supernatural
Report Story

Freelance journalist Sidney Miles on his investigation into a little known creature from our nightmares. 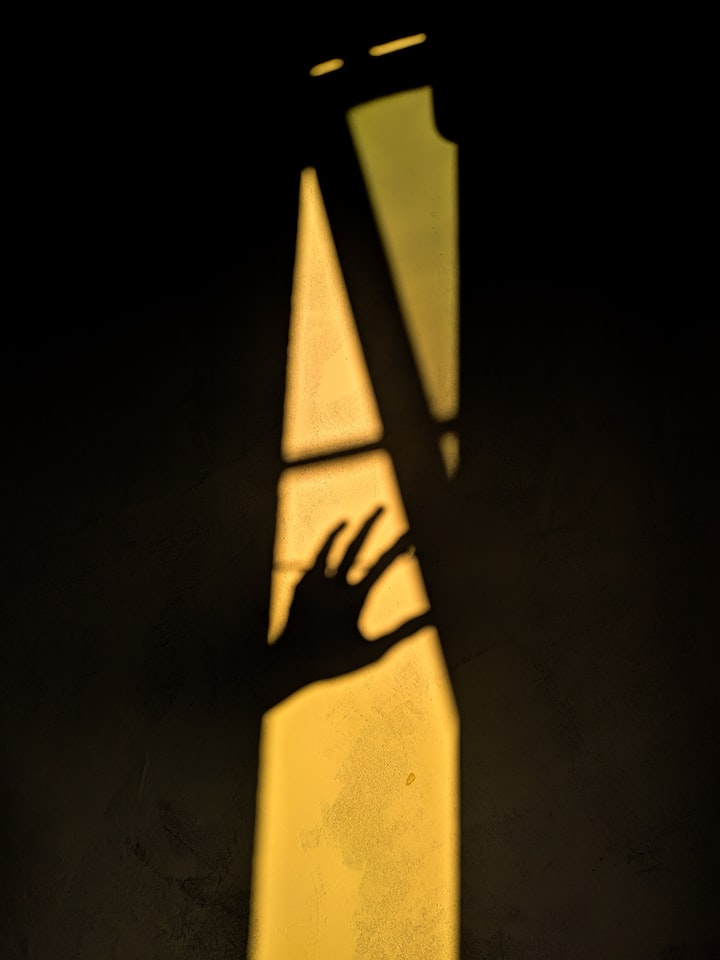 As a freelance features writer I’m always looking for great and original stories I can get my teeth into and during a recent trip I had made to the Scottish Borders in pursuit of a story about Gamekeepers in modern Britain. It was an interesting article in the end but very niche and while it sold I knew as I researched it that I needed something different to follow up with and to that end I was very receptive to anything new or intriguing. Perhaps too much so but what I found in a tiny little country pub sent me down some spectacular rabbit holes and finding the most disturbing story I have ever come across.

It was a passing comment that started everything. The old chap at the table behind me bidding his friend farewell remarked, “Watch the shadows and don’t let the Ticky take you.” It was far too intriguing for me to let it go so I asked what the Ticky was and so my journey began.

Ticky it seemed, was a well known tale parents would tell their children about. A nightmarish creature who lives in the shadows and snatches unfortunates leaving nothing apart from a small bundle of twigs tied with the hair of the victim. The sort of folklore you pick up in old local history books and the odd Victorian Penny Dreadful. Though if was well known in the Borders the tales of Ticky were rarely recorded and very vague. However what became increasingly noticeable was while searching, the records of stories of a creature that leaves a bundle of sticks was overwhelming and the more I searched, the more variations turned up. Though to call them variations is probably a stretch, in most cases the stories were remarkably similar and more often than not only the name was changed.

In Germany there were stories of Steichmannchen a gnome like creature that steals babies and replaces them with a doll made out of sticks. In Italy Ladro di Ombré lurks in the shadows and whisks people away leaving a payment of sticks. One for each year of the victim’s life.

There were identical creatures on every continent and this consistency seemed highly unusual. What made this discovery more remarkable was that I had never heard of it, neither had any of my friends. In fact it is barely mentioned on the internet, you have to really dig to find information. Before you start crying conspiracy, there isn’t one. The conclusion I have drawn is that this is something that genuinely scares people and is embedded in their culture and folklore but crops up so rarely it gets buried away in the back of the collective memory for years, even generations at a time.

I put a few questions out there on message boards and got no responses for weeks, however eventually an American man named darktimes1965 got in touch. He said he had tried to find out more about a story he had read in a very old American Civil War memoir about a monster named Mr Tick who had terrorised a group of Confederate soldiers during the Winter of 1863.

A small group of men had been posted at a strategically unimportant garrison near to the Rapidan River. It’s only real use was as a supply base as it gave access to shipping. Over winter the garrison was left thinly manned and the small deployment of soldiers were relieved not to be part of the mobile troops who were suffering the bad weather further up the river. During the winter of 1863 six of the men were lost mysteriously and resulted in significant changes to the rules of how many men were on night guarding duties as it was always at night and only if the guard found himself alone.

Each of the men silently disappeared and a bundle of sticks were found. The soldiers initially blamed Native Americans, however when relief trips were sent in December they included a Seminole officer who explained that this was not unfamiliar to him and told them about Mr Tick. The only solution was to avoid being outside the garrison in the dark alone. One which the soldiers were only too happy to stick to.

During my correspondence with darktimes1965 I discovered that he had found several modern missing persons cases that fitted the Mr Tick MO. In all honesty, I started to believe I was interacting with an internet crank however after he sent me the details I was genuinely unnerved by what I saw. He had newspaper stories from 5 different states over nearly sixty years of people who had just vanished. Each of them mentioned the twigs as a footnote, suggesting gypsy influence. He encouraged me to do the same in the UK so I did. I really wish I hadn’t

I spent far too long hunting down missing person stories, each one as tragic and demoralising as the last. These hundreds of people just gone, the families hunting for them, I wanted to help find each one I read about. But no sticks. I persevered until finally I found one. Maya Adderson, a 23 year old accountant from Sheffield. She had disappeared in September 2015 without warning, completely out of character and left no trace to suggest what might have happened. The news story mentioned that there was a bundle of twigs under her pillow, but this seemed to have been dismissed as a new age relaxation technique. After battling with my conscience I decided to contact her family.

Sitting in the Adderson family living room drinking tea I still wasn’t sure how I was going to frame my questions. Thankfully before I said anything Mrs Adderson spoke and asked me what I thought of the twigs. From this point the conversation took a surreal turn and I was swept away by the incredible enthusiasm of the small sixty year old woman who clearly had a story to tell and was desperate to tell it.

Mrs Adderson is insistent that her daughter would not have run away, she was happy and had a great relationship with her family. The police had dismissed the possibility of suicide quickly and there was no evidence of third party involvement. While the case had remained open the consensus amongst the police was that Maya had started a new life with a new boyfriend. This is not accepted by her mother who regularly pushes for the case to be reviewed. Her reasoning is two critical pieces of evidence that have to date still not been properly followed up.

The first is the strange stalker that Maya had told her mother about the previous evening. She disturbed someone in the yard of her ground floor flat as she put her recycling in the wheelie bin. She had rushed back into the flat and could see the shape of a hunched over figure scuttle into the shadows and disappear. She had phoned her parents and her father came round and checked the yard and flat for her. He is now racked with guilt about it but he left on Maya’s insistence.

The second is the twigs. Mrs Adderson had accepted the police views on them until she was contacted by another mother. She had read the story in the newspaper and immediately got in touch. Her son had disappeared and there had been twigs found in his car. He had told his girlfriend of spotting a hideous face looking through his window one evening the week before his disappearance. He had thought it was kids playing a prank as he described the face as ‘like a Halloween witch mask but really high quality and the eyes looked really dead, huge pupils. The flesh looked like rotted meat and the teeth were incredibly realistic.

Mrs Adderson was able to present two more almost identical cases going back to the 1990s, she is convinced there are more but they haven’t come forward to her. She believes there is a serial killer stalking the UK and the police aren’t taking her seriously. They refuse to connect the cases as geographically they are so distant and despite the twigs the gaps in time are so massive.

I left the house having not mentioned the stories of the Ticky. I felt it was inappropriate given the circumstances. However it led me to ponder, do the cases start in the 1990s or are there earlier examples. The short answer is yes, lots. I have found cases of missing people replaced by twigs going back almost 150 years. Piecing them together I have found a chilling scenario. There is a creature around 5ft in height, walking with a hunch and the appearance of a rotten joint of meat who watches its victims in the dark then the minute they walk into the shadows snatches them away leaving only the twigs. My search for the folklore tale of The Ticky has led me to a place I’m not sure I want to be. Do I really now believe that there is something stalking us, wherever we are in the world, in the dark and has been for centuries? I don’t know but now I will always follow the advice that started me on this journey. I will be staying out of the shadows.

More stories from Simon Curtis and writers in Horror and other communities.