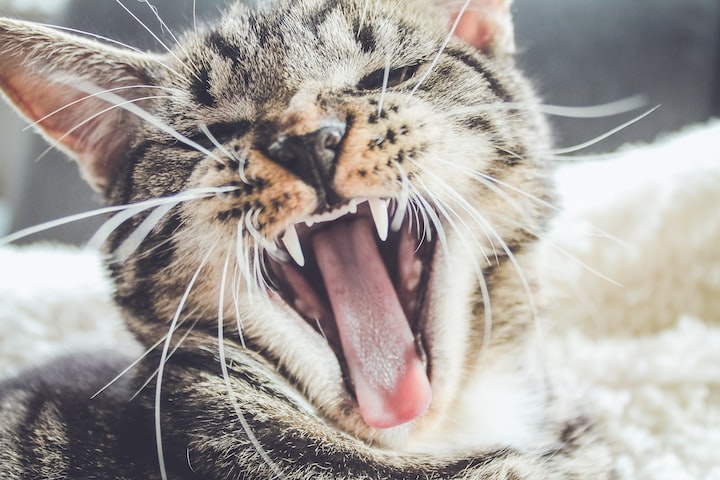 Photo by Erik-Jan Leusink on Unsplash

There are so many more funny than scary movies out there: Evil Dead, Buffy, that new movie Freaky, What we do in the Shadows, One Cut of the Dead (which I am actually too afraid to watch still). These 12 movies are the ones I keep going back to, and actually quote on a regular basis. If you, too, want to laugh like an idiot after telling someone "you have some red on you", or burst out in an insane giggle fit when you see a woodchipper, then these are the movies for you! I will try not to write any spoilers, so don't worry.

With no further ado; let's get desensitized to violence with inappropriate humor!

AAAH! Zombies!! (or Wasting Away): Pluto and Tubi or rent on Amazon for $3.99 if you don't want commercials.

A black and white to color campy movie about evil military science experiments and zombies. Obnoxious douchebags in a bowling alley get involved and, obviously, hijinks ensue. The acting is over the top in the most perfect way! There is violence and blood, but it is all pretty much obvious and expected. It's an hilarious take on a classic genre.

Alan Tudyk and Tyler Labine are two hicks who just bought a run down summer home to fix up, and run into a car full of asshole college students out for a beer fueled weekend in the woods. It's a great study on how our pre-conceived notions of others color how we see them...but, you know, in a really funny way. Tyler and Alan just shine in their tattered clothes and dirty cluttered shack.

There are some VERY shocking bloody scenes, but they are so EXTRA that you can't help laughing. There's a lot of foreshadowing if you pay attention. This amazing films highlight that beauty is in the eye of the beholder, and evil hides in plain sight while good people come in surprising packages.

Maybe I just love the movie because I am exactly like Tyler's character, and Alan is one of my favorite actors? Anyway, give it a try...if you dare!

Shaun of the Dead (the whole Cornetto Trilogy, really!) Looks like you can only rent or buy this...

If you haven't watched this movie already, what the heck!? Are you living under a rock!? Simon Pegg and Nick Frost are genius in this Zombie movie. Just...go watch it. Even if you've already seen it, watch it again. You'll probably see something you missed the first time or two.

This was (most likely) not meant to be funny, but it is all the same. Nick Cage has an encounter with a vampire, and everything devolves from there. There were some uncomfortable moments, namely when Nick interacts with his assistant, but the acting is so cheesy, and the situations so insane, that you cannot help but laugh at moments where it is perhaps inappropriate to do so. Poor guy is just nutso.

Anna and the Apocalypse: Pluto

If you're someone who prefers Christmas to Halloween, then I have the movie for you! It's even a musical, and set in high school! Then zombies come and the colorful cast of teens need to fight them off, of course. Yes, another zombie movie...its what the writers write and producers produce, so it can't be helped. It's the expected amount of blood and scares for a zombie movie, but with happy singing and Christmas surroundings.

(Seriously kids, how many zombie movies do we have to make before you learn to be aware of your surroundings? (Says the girl who would walk to school while reading a book in the times before cell phones))

While they only nodded at what was an amazing book, they still managed to make a great movie with this one. Romeo and Juliet but with zombies. There are serious moments amongst the funny, making it a well rounded rom-com. Not a lot of blood or sudden scared (though there are some), it is mostly centered around the evolution of both human and zombie, with the expected romance. This is a good one to perhaps watch with a significant other, or maybe your teens. There are good messages mixed in with everything that you hopefully soak in while you are immersed in the romance!

A musical about evil dentists and alien plants, starring Rick Moranis in his prime, as well as Steve Martin, Bill Murray, Ellen Green...the list goes on. I don't want to give too much away if you haven't watched it...though why haven't you watched it yet? It's a cult classic! You kids LOVE cult classics! There's even another, scarier ending!

I cannot stress this enough- GO WATCH THIS IN THE THEATER!!! It's not great any other way. Audience participation is half the fun! Just don't wear clothes you don't mind getting wet. Most places seem to have little participation bundles that have everything you need...but you may want to look up what to bring beforehand and hit the dollar store on the way, just in case.

Rice to throw, bubbles or confetti, part of a newspaper, flashlight, water gun, bell, noisemakers, party hat, toilet paper, deck of cards (you will not be getting them back, so don't use a good deck), rubber glove, a piece of UNBUTTERED toast (don't be that guy)...I think thats it?

Here are some links in case you want to see what all these are for. You can also look up an audience participation script so you, too, can shout things at appropriate times.

If you are a Rocky Virgin:

If you don't mind spoilers:

In case you aren't convinced that this will be fun: Tim Curry, in his prime, wearing lingerie. Enough said.

A series about girls who can see demons, and team up to fight the forces of evil. These girls kick ass and are still awkward teens. It's a shame there wasn't a 2nd season...

A Korean drama about a ghost hotel. There are weird dark moments, and some of those ghosts are pretty scary...but the situations and reactions are funny. It's a Korean drama, though, so there's a lot of silent staring and the expected romance. I'm not done watching it yet, but halfway through its still pretty good! These Korean dramas rarely disappoint.

This is before your time I'm thinking. It'd a little before my time too! But, it's Gene Wilder so it's awesome. Frankenstein relation finds himself in the evil scientists home, falling into the same routines. Lots of silly humor, sex jokes, physical comedy.

You simply cannot beat this classic. Even with the dated homophobia, it is still hilarious! Murder, intrigue, multiple endings, and goofy characters based on a murder mystery board game. The energy and hijinks keeps going throughout the whole movie, with sudden yet laughable deaths and silly situations. There is everything from dry humor to laugh out loud physical comedy; something for everyone in this gem! Try not to let the homophobic sentiments get to you too much...I don't believe they meant anything by it- just how people reacted to gay people at the time. It, if anything, is a reminder of how things used to be without being utterly offensive.

Blood, nudity, obvious scares, some institutional sexism and anti gay sentiment on a scale of something I haven't seen since I was a kid in the 80s. They really make the Shaun of the Dead their own, highlighting issues found in Cuba instead of England (or America). It is cheesy goodness! A lot of funny moments, and so much political commentary. Many subtleties. There was some uncomfortable sexism and bigotry which may upset those of the cancel culture generation, but there was also the sense of leaving a better world for the younger generation, instead of the dumpster fire we middle ages inherited from our own parents.

The news lies to us all, spinning terrible situation to fit their agenda, and this movie highlights that. Be careful of the information you consume, kids. Do your own research. You are probably being misled in some way, no matter what you are watching, reading, or listening to...and isn't that the scariest thing of all?

Hello there. I write things. Sometimes good things. Mostly, I write to find myself. If I can entertain you in the process, then that's just the derivative icing on the proverbial cake!