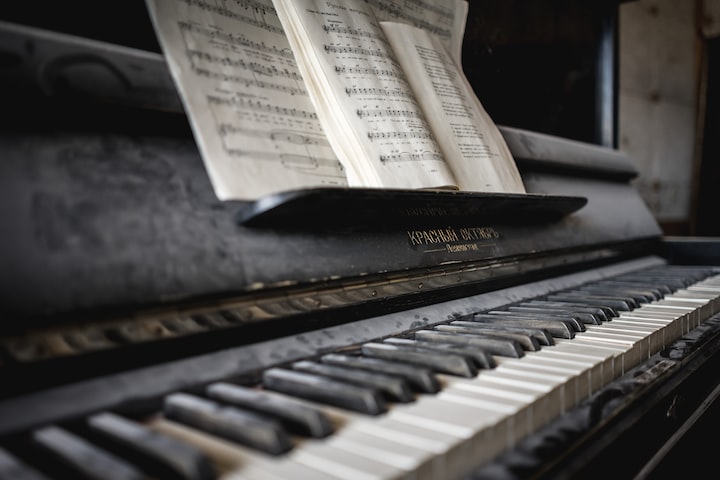 I've heard it often said that the best ghost stories are true stories. In this case, they're right.

Before I was born, my mother lived in a small, close-nit neighborhood. My oldest sister was a small child at the time, so my mother became a full-time stay at home mom while my father worked. She hadn't been in the neighborhood for too long before she became close friends with her next-door neighbor. The woman who lived next door was elderly, but very kind and outgoing. She was a retired schoolteacher, and made decent money as a piano tutor in her golden years. My mother was - and still is - a teacher, and enjoyed playing the piano as well, so they quickly bonded over these common interests.

As I said, the neighborhood they lived in was quite small, and the houses were often quite close to each other. In my mother's case, her house was only a few feet from her neighbor's. They were so close that during the day my mother could hear her neighbor playing the piano through the walls clearly, and vice-versa. For fun, she started playing the piano back. Before long they started playing duets together, which my mother still speaks about fondly to this day.

Unfortunately, her neighbor passed away a few years later. My mother was deeply saddened to have lost such a good friend. The neighbor had treated my older sister like her very own granddaughter, and saying goodbye had been painful for both of them. What was worse, though, was the silence that filled the days that came after her dear neighbor's passing. In a relatively short time, the neighbor's house was sold to a young couple that seemed friendly enough, but my mother didn't really have the time, or honestly the heart, to introduce herself just yet.

After a handful of gloomy weeks, though, all of a sudden my mother started hearing piano music again. She was elated, discovering that her new neighbors enjoyed music seemingly as much as her dearly departed friend, and were almost as talented as her old neighbor, too. She tried playing back, but every time she did the music would suddenly stop. This perplexed her greatly, however she figured her new neighbor just preferred playing alone and respected their wishes by just listening to them play.

A few months passed before she could stand it no longer. The music she'd heard was so beautiful, and so eerily similar to what her old neighbor used to play that she walked over one day to properly introduce herself. The new lady of the house answered the door cordially and introductions were made. They chatted for a while, and things seemed to be going well at first, until my mother brought up the piano. "You play beautifully," she'd said, "where did you learn to play like that?"

Her neighbor then looked at her, shocked and a little confused. "Play?" she asked, "What do you mean?"

My mother responded nervously, "The piano. I hear it all the time, through my walls. You're quite the musician."

It was then that the conversation took a very strange turn. The neighbor looked at my mother and my mother's house in unease and shook her head. "I don't play the piano," she'd said, "I never have."

My mother felt a little embarrassed by this and nodded, "Oh, I'm sorry. It must be your husband then, who plays. I've been so curious: where did he study? He's really good!"

Her neighbor, again, shook her head, "No, Ma'am. My husband doesn't play either."

By now my mother was shocked and very, very confused. "I don't understand," she'd said, "I've heard music coming from over here all the time. Do you have a relative who comes to visit, or a friend who comes over that plays?"

By now, her neighbor was almost shaking, and very pale. "No," she'd murmured, "Nobody I know plays the piano. The house came with one when we bought it, but we haven't even touched it." The neighbor glanced over at my mother's house, her eyes wide, "I've heard the music, too... I thought it was you playing."

My mother lived in that house for a few more years until the house I grew up in was built. Right up until the day they moved out, she could still hear the piano playing at roughly the same time at least once a week. Once or twice she came back by that neighborhood, just to drive through it and see how it had changed over the years. The first time through, there was a new family living in her neighbor's old house, and the next it stood empty with a "for sale" sign in the yard. On both occasions, however, she said she swore she could hear a few notes of piano music coming from inside... and smiled.

Welcome, Travelers! Allow me to introduce you to a compelling world of Magick and Mystery. My stories are not for the faint of heart, but should you deign to read them I hope you will find them entertaining and intriguing to say the least.

More stories from Natalie Gray and writers in Horror and other communities.