Footprints in the Sand

by Tom Slack 9 days ago in fiction

Shipwrecked and alone, Jack must try to escape the island. Out of the frying pan… An adventure story. 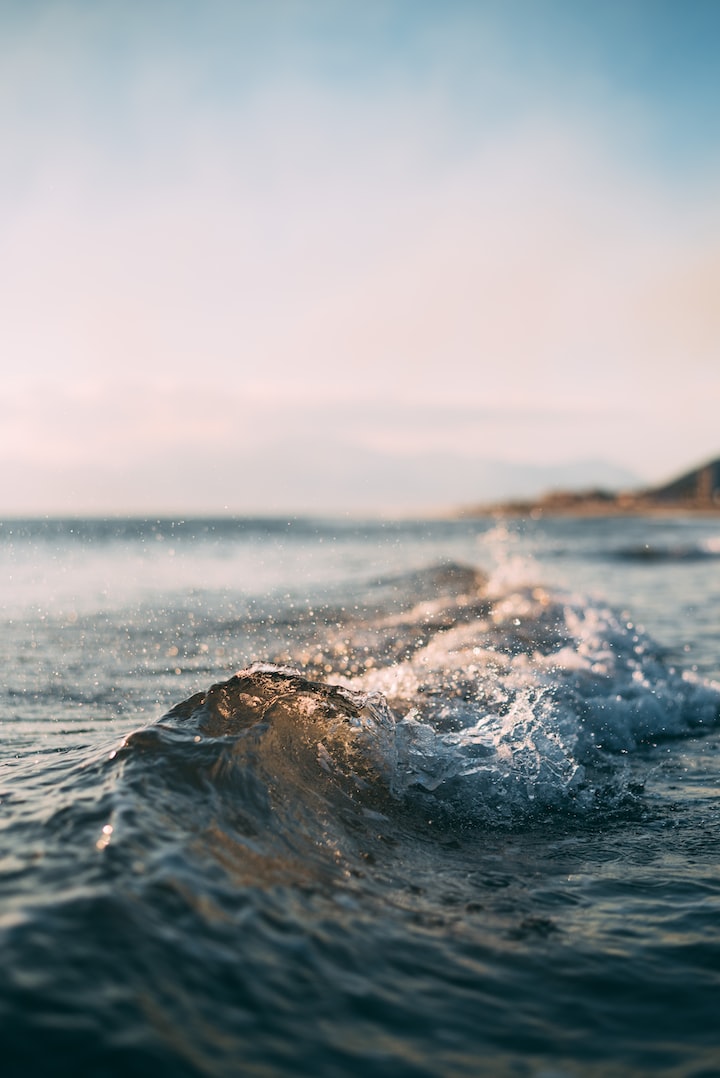 Photo by Mourad Saadi on Unsplash

With a grunt, Jack pulled himself out of the surf and onto the beach. Dripping wet, he staggered away from the ocean, stumbling up the beach. Crashing to the ground, he lay on hot dry sand, feeling it stick to his face as he panted for breath.

Jack lay on the beach for what seemed an age, as he mourned the loss of his ship, and his crew. They had set off two weeks past, sailing south, hoping to put in at New Orleans before heading across the Atlantic and for home. A savage storm had sprung up five days ago, driving them south. Finally, with masts and sails beyond repair, the ship had foundered in fifty foot waves. Jack and his companions has clung to each other and to what debris remained. One by one, his crew had sunk below the waves, dead from exhaustion or injury.

Sitting up and staring miserably into the waves that had claimed his friends, Jack massaged his shoulder, numb from the pain of clinging onto a wooden crate, now abandoned in the surf, turning over and over in the waves.

Surveying his surroundings, Jack spied woods running down gentle hills to the fringes of the beach. Stumbling back down the beach, he rescued the crate. Dragging it into the woods, Jack left it under a tree, too exhausted to see what was inside. Clambering up the knotted and rutted trunk, Jack found a comfortable fork in the branches. Securing himself with his belt, he tied himself to the trunk and shut his eyes.

As the sun set below the horizon, the forest came to life with roars, bleats and the chirping of insects. Jack passed a miserable night, the sounds of predators hunting below making him wish for a knife on his belt. Insects swarmed him, drawn to the smell of his sweat and flesh. Giving up trying to swat them, he sat slumped in defeat.

In the depths of the night, Jack heard voices, distant at first, but drawing nearer. Through the pines, he made out torches as men crashed through the forest below. In a language alien to his own, they called out to each other, argued or sang. Each was naked save for a loincloth and headdress, carrying spears and bows, they ambled through the woods towards the beach.

The crate illuminated in their torches brought shouts of alarm and excitement as they crowded round it. Seeing his footprints, they pointed excitedly towards the beach, and set off running, leaving a single man to guard the crate. Disappointed, the man kicked over the crate in anger at not joining his friends in hunting. Hearing its contents rattle, the man broke the lock and opened the crate. Spilling the contents over the ground. A large knife was found and strapped to his thigh, admiring his stolen weapon. The man carried on rummaging.

Occupied below, Jack untied his belt and slowly crept out from the tree trunk, to where two of the branches had intertwined. Crossing over, he slowly climbed down a tree several yards away, wary of the man below and his companions, yet to return.

Reaching the ground, a muffled sound snapped his head to the left. There, in the shadows tied and gagged, laid several Europeans, eyes wide and pleading with him to help them. Motioning them to be silent, Jack crept over. Securely bound, he would need the stolen knife to free them.

Slowly working towards the man, Jack looked for a weapon to fight with. In the shadow, his foot came down on something cold and hard. Looking down, Jack grinned. Picking up the heavy iron frying pan, discarded by the would-be thief, he crept within striking distance. Taking a chance, he whistled gently, slamming the pan into the man's face as he spun round, the force of the pan sending him through a full turn before he crashed to the ground. Securing the knife, he dashed back to the bound men.

Freed and standing, an enormous man grasped Jack's arm, “Thank Heavens for you, monsieur. We would surely have been next. These savages are cannibals!” he whispered.

“who are you, and where are you from?” Jack answered.

“I am Gustave Mörlen, Captain of the ship Mendoza, out of Caracas,” shaking his hand furiously, the man continued, “We put in on the other side of the island for water, and they came running down the beach to greet us. We thought they were friendly, but they were just hungry! They got us drunk on their local drink, and when we awoke, they had bound those they hadn’t slaughtered, taking our weapons and beating us if we tried to escape.” Shoulders slumping, the captain mumbled into silence.

Low, he continued. “They ate us, one by one. Strung up a man by his ankles, they cut his throat first and drank the blood, passing it round like excellent brandy. They butchered us like we would a stag and feasted. They sucked their bones for marrow.”

Jack turned to Gustave “How many men have you left?”

Pausing, Gustave passed a hand over his face “What you see here, and thirty left on the boat, with my first mate. He would rescue us, but there are too many of them, and we were short of arms.”

Dragging the native out of the way, Jack surveyed the wreckage of the crate and its contents. Pulling out several swords, knives and daggers, he passed them to Gustave, grim faced, shared them out with his companions. Gustave pulled his sword from his sheath. Turning, he shoved the blade into the fallen man, killing him as he stuck the blade through his heart. “That’s for my crew!” he growled, his men murmuring in approval.

Gustave surveyed his remaining men and Jack. “Gentlemen, we make for the shore and swim for the boat. Kill anyone that gets in our way.”

Gripping his frying pan tightly, the ship's cook, smiled back. “sounds like a plan.”

fiction
Tom Slack
Read next: I See You
Tom Slack

Avid reader, Scout Leader and Musician. A lover of high fantasy, crime and action novels, who firmly believes in the existence (current) of Dragons.

See all posts by Tom Slack →