by Thavien Yliaster 5 months ago in fiction
Report Story

Homes are not traps 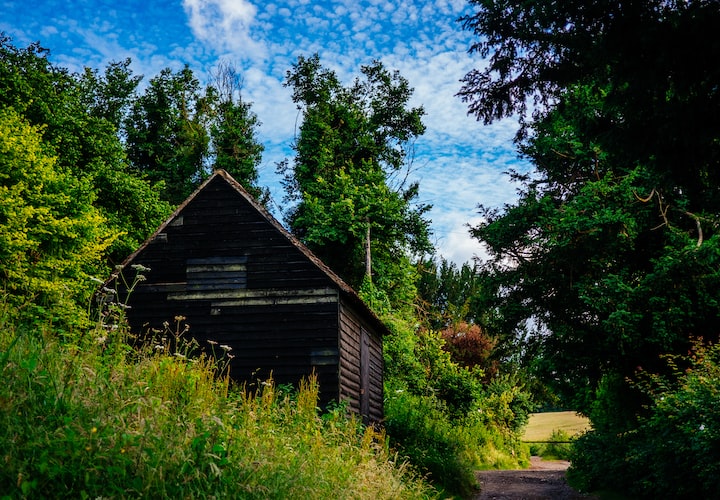 He'd been traveling for days on end, dealing with sleepless nights relentlessly one after another. Fleeing from the darkness of the outside world, at least while surrounded by walls, he felt a sense of security no matter how false it was.

Scrambling into the wooden house, he closed the door quickly behind him, but slowed its approach as it came to the threshold between the inside and outside world. Vanishing behind the wooden portions themselves, it was as if he was never outside at all. He's been in the wild for so long that he lost the scent of humanity and civilization. He was marinated in his own sweat, oils, and even blood along with the natural fragrances of the world. Pollen, the sweet scent of flower petals, the numerous amounts of corn fields that he's traveled through, mud that filled in the cracks of his skin, moss and fungi alike that grew in new crevices forming from his hairs and underneath nails alike.

Though he was more a mess than the abandoned cabin was, the first task he set about to was sweeping up the spiderwebs and removing the dust from off the few pieces of furniture that were. First the east corner, then from the north towards the south, and last but not least the west. The dust was swept from the east as the sun rises, and all picked up in the west, just as the sun sets.

After he had swept up all of the dust he moved to the couch and draped it with a tarp. He always preferred to sleep as a burrito. Instead of trapping what was on the couch underneath with him, he'd rather wrap himself up in the tarp itself, staying with the devilish filth that he's become accustomed to.

After preparing where he would sleep for the evening, the table was prepped for that which he held clutched to his chest. Unbinding the cloth from around his backpack, he gingerly pulled the wad of wrapped clothing from his chest and laid it out on the table.

Turning it around he slowly undid the folds till it was just loose enough to see the signs of life that squirmed inside. A toothless mouth opened up towards him, yawning from sheer exhaustion. The old man could do nothing but hope that it would remain quiet for the night. Yet, the circumstance on which he found his new travel companion was the most peculiar to him.

It's been less than the turn of a moon cycle since he came across his companion's homestead. Yet, the longer he carried his companion, the less compassion grew in his heart day-by-day. Though the soul that he now laid on the table was entirely reliant upon those around it, he was disgruntled with a sort of obligated responsibility towards this new person.

Rifling through his pockets on his fisherman's jacket, the old man pulled out finally found what he was looking for. A sleeping oil that would aid the both of them in their rest. They couldn't have any nightmares if they were too fast asleep to have them. Lately that's the only thing that's been seeming to plague him these days, that and a dwindling food supply. Picking up two spice bottles, one of powdered milk and the other a dehydrated bean mix, he added water to them both, shaking them vehemently.

"Why?" He asked to himself, finishing up the final tasks before night fell upon them. "Why was I dealt this hand? Why do I have to be responsible for this. I never asked for it? So why?"

As his bitterness began to set deep into his heart, he made two small circles. Salt slightly crusted the floor around the table and the couch. Meanwhile, the doorway he brushed his thumb across with some old blood form a lambchop he got at the closed down grocery store.

One for protection against the dark ones, and one so that the light ones may pass over them.

"Please, grant us rest tonight," he pleaded, before shutting his eyes.

More stories from Thavien Yliaster and writers in Horror and other communities.