Cries from the Crypt

by Laura Millett 11 months ago in fiction
Report Story 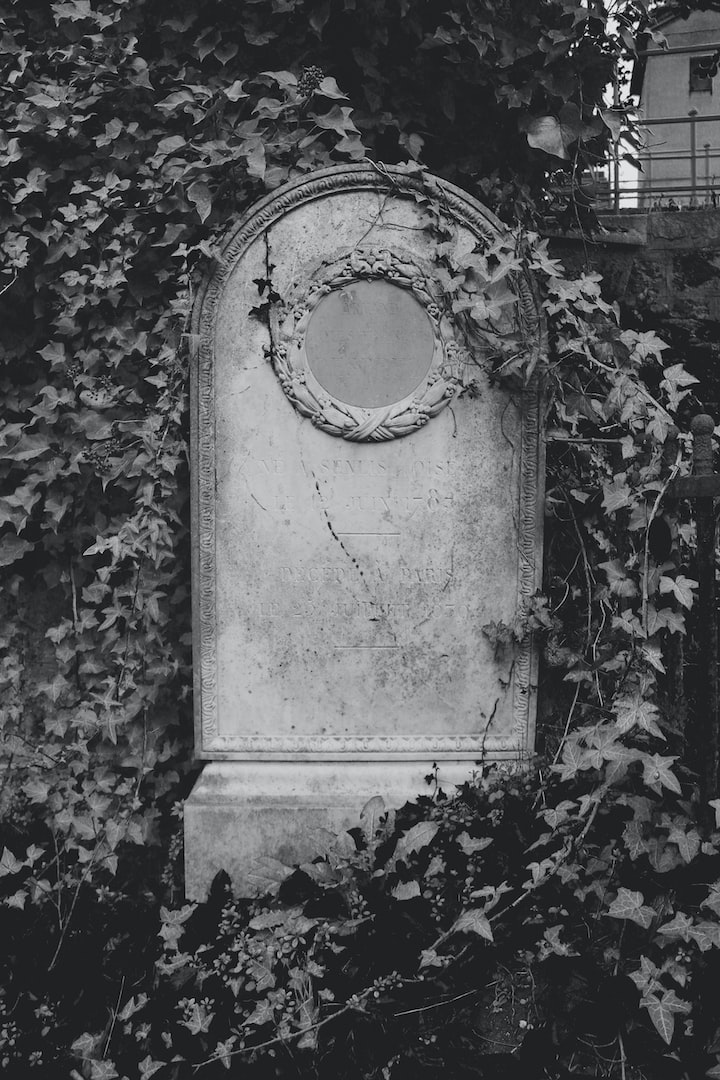 Photo by Mr Xerty on Unsplash

Joe had spent many years researching the cemetery at Walton to see if any other strange goings-on had occurred. When Joe was eighteen he moved from Vancouver, Canada to study at the University of Liverpool. His first three years flew by and soon he found himself starting his master’s degree at the same university. Joe’s life was going well, just as he had planned. Moving into a small house near the cemetery with his girlfriend, he was lucky enough that his friend Tony moved into a house on the same road. Settling into his postgraduate life Joe and Tony would often walk their dogs, Billy and Wilson.

Walton Cemetery had a good-sized field behind it that was dog-friendly. However, to get there you needed to pass through a maze of graves before arriving at the open field. Joe and Tony had made the journey on multiple occasions and never thought much of the graves that they passed. After a few routine checks of the different paths they could take, a discovery of one path that led straight from the cemetery gate to the field made their nightly walks easier. The keeper of the graveyard warned them to be careful during the colder seasons as the rain would bog down the path making it dangerous.

The months rolled by quickly and soon enough it was approaching Halloween. Meeting at Joe’s house they began their nightly strolls through the houses and into the graveyard. They talked amongst themselves about the ghost stories from where they both grew up and found similarities in the local myths and legends. Even though these myths and legends were in completely different parts of the world.

Billy was a Jack Russell Terrier and Wilson a Wolfhound, the unlikely friends. Billy seemed to be the only dog that Wilson liked. After half an hour of chasing his friend around the field, Billy returned to Joe, tired and ready for the walk home. Wilson burnt off the last of his energy by flying across the grass a few times before returning to Tony, soaked in mud. Laughing, they joked about how annoyed their girlfriends would be when they returned home.

Leaving the field, they saw that the path they came down was soaked with water. Too dangerous to walk in, especially for the dogs. They would need to take the longer route which passed by the entire of the cemetery. Walking along they began looking at old graves looking for the oldest one they could see. Beckoning Joe over Tony had managed to find a grave with no name or date. Brushing past another grave Billy and Wilson dragged them back, growling. Moving in the same direction, Joe and Tony turned to see an odd figure. The man was roughly middle-aged, very thin with greying skin. He was dressed in black, including a black Breton cap.  Smoke cascaded from his pipe framing a black leather lead and, on the end, a black Yorkshire Terrier.

Joe and Tony apologised for the dogs and coaxed them away, but the strange man said nothing as he continued to cradle his pipe. Billy and Wilson wouldn’t stop growling. The man in black pursued them keeping around fifty yards behind them.

Eventually, they came to a fork in the path, one leading through to the main cemetery and then out, the other through to another village. Glancing behind one last time they noticed the man had disappeared and the dogs stopped growling. They assumed he had gone back from where they had just come from.

The journey through the rest of the cemetery was uneventful.

As they neared the gates to exit there was one last row of graves to walk past. Joe’s heart sank as Billy barked and Wilson howled. It was impossible. The strange man who had followed them was now stood in front of them staring at a grave. All the noise from the dogs must have startled him as he began to float at an inhumane speed towards them.

Joe picked up Billy and began to run as Wilson dragged Tony out of the cemetery. Running almost halfway home they stopped to see if the man was behind them still.

Thankfully whoever he was had not followed them. Easing their pace into a quick walk they arrived home. Flushed with a red face Joe’s girlfriend asked him what had happened but not quite believing himself, decided it was best to keep it between the two friends.

That was until several years later. The night of Tony’s stag party they were waiting for more people to arrive before eventually leaving. Amongst the many topics already discussed they began to retell old stories and hilarious shenanigans. The atmosphere changed when Tony started to tell them about this experience. Expecting his group of friends to explode into laughter he was surprised when they cast their eyes down.

“Erm, Tony. Don’t know if you know this like but it’s happened to a few of us.”

Confirming what the guy looked like and that they were forced to take a different path, Joe and Tony knew it wasn’t a living man. This was something far more paranormal.

To this day they still don’t know what haunts the graveyard at Walton. However, with multiple sightings, there is more than just the living that walks the paths of Walton Cemetery.