Which Disney Couples Can Survive In My Novel?

Imagining how Disney princesses and their princes could fare in a Game of Mass Destruction. 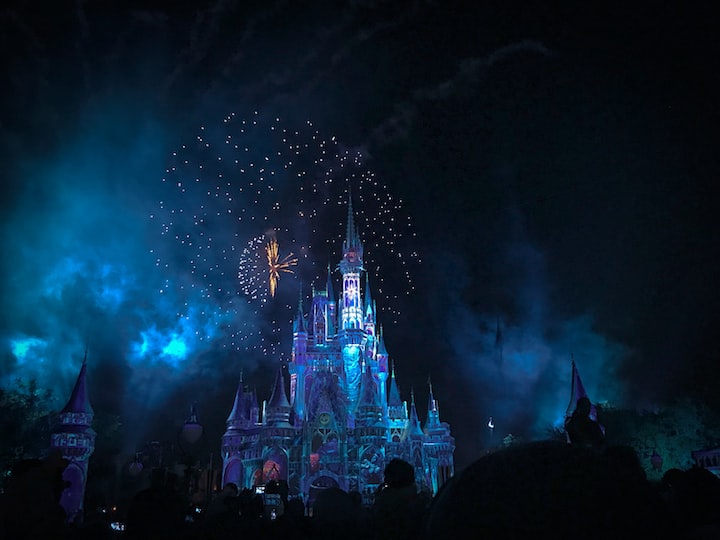 Photo by Jayme McColgan on Unsplash

My novel is a dystopian sci-fi set in the fire about a brutal reality TV show. Every Halloween, Contestants all over the world are teamed up to take down a 1000 flesh-eating robots. If they make it out of the show alive, they are promised a world of glory and fame, along with diplomatic immunity. The winning pair get a share of 2 billion USD.

During their time in the game, players are being watched all over the world. Each of their movements determine who lives and who dies. Their job is to take down a thousand robots. Victories against robots as well as acts of sex and murder gives them points. Players always work in teams of two. When all the robots are down, the surviving pair with the most points gets a billion USD each.

In order to play Game of Mass Destruction, players must fit into the following criteria:

Who would do well?

Belle and Adam would work well together. Belle is intelligent and would be able to see through any traps laid out in the game. She would also enjoy the haiku hunt and take refuge in the library. She would seek the knowledge of the robot's weak spots and take advantage of their water weakness. Adam might not have some of his strength from when he was a beast, but I think Belle and Adam would be able to survive as long as Adam can control temper. If for any reason Belle loses Adam, people would be eager to pair up with her due to her knowledge. With her father as an inventor, she might also possess her father’s skills and be able to make herself a weapon that could take down the robots.

Another couple that I think would work is Anna and Kristoff from Frozen. Kristoff already knows how to use an ice pick, and they are both well adapted for the winter climates. Their friendly natures would make them easy to like and they will become less of a target when other contestants decide to kill each other.

Ariel and Eric would also do well. They’re knowledge of the sea would be an ideal asset to help the rest of the players take down the robots. Ariel is an excellent swimmer and diver so she could use that to trick the robots into jumping into the sea. Eric could steer a boat to make sure they’re fully down for good measure.

Rapunzel and Eugene have great chemistry and the production team would do everything in their power to keep them alive as they know how popular and adored they are.

I think Aurora and Phillip would find it hard to adjust to the robots as she is in a different world and time zone. However, Phillip is good with his sword, I can’t see them as couples who would get killed off.

Aladdin and Jasmine may find it hard too. It’s a whole new world for them and miles away from what they are used to. Aladdin’s lies may hurt the pair and anger Jasmine. The same can be said about any of the Disney couples though.

I think the Disney couple most likely to be killed off would be Snow White and Florian, mainly because they come across to me as fragile and less able to fight.

How the Disney couples survive would also depend on who else is added in the mix. But I think if the entire line-up were Disney couples, I could see them all working together and neither would have plans to kill anybody, nor would they betray their partners.

If Mulan and Li Shang were playing Game of Mass Destruction, everyone else wouldn’t stand a chance of winning. Mulan and Shang have defeated thousands upon thousands in war, cranky robots are nothing new to them. Even if they both got the worst weapons available in the game, they would smash this.

Unless Hercules and Megara are in the mix, then it could shake things up. Hercules has the most strength out of all the Disney heroes due to being the son of Zeus. Hercules has taken down bigger things than flesh-eating robots.

More stories from Chloe Gilholy and writers in Geeks and other communities.